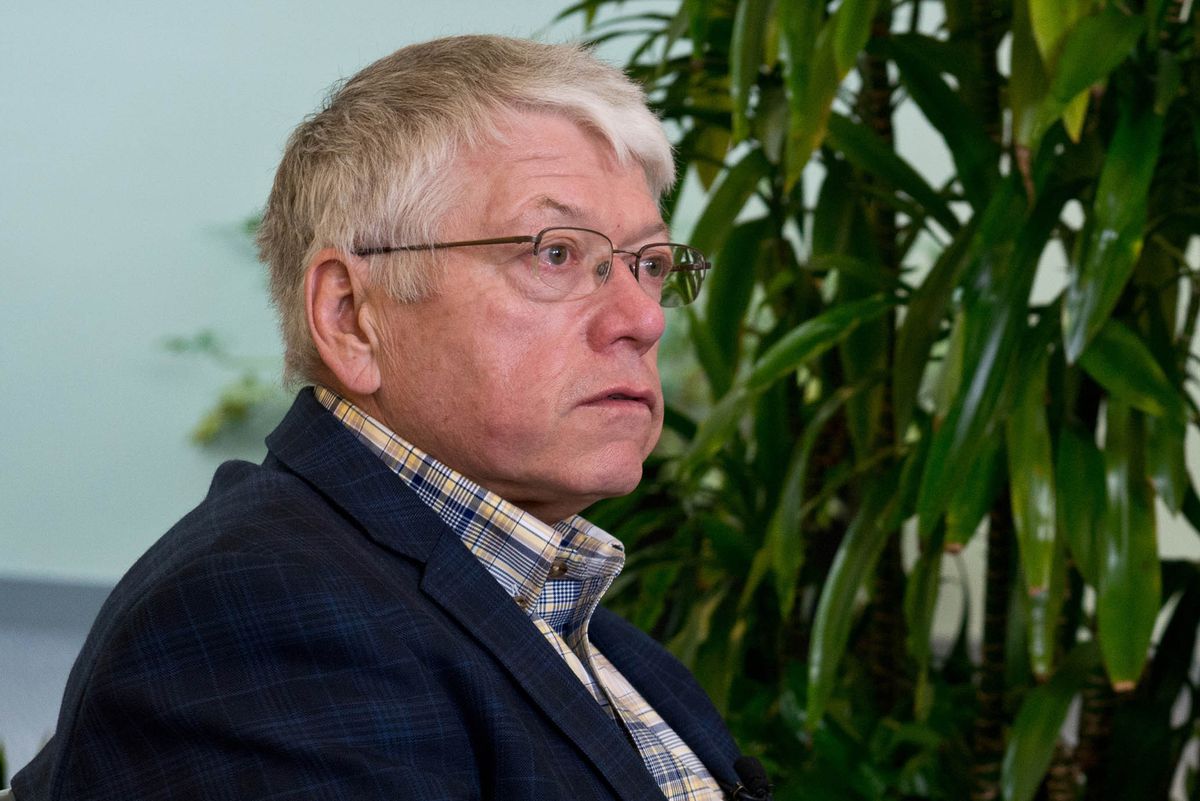 Anchorage municipal prosecutors on Tuesday were weighing whether to pursue a criminal charge against the Anchorage School District’s chief of human resources.

Todd Hess, the HR chief, is currently on a leave of absence and set to retire June 28, according to district spokeswoman Morgan DuClos.

Hess’ last day of work was April 4, DuClos wrote in an email Tuesday. That’s the same day Anchorage police say they issued a citation to Hess for harassment in connection to a March incident involving another district employee.

For weeks, rumors have swirled around Hess’ abrupt absence from his job. Hess was the district’s main contract negotiator with the teachers union and a high-level district employee with an annual base salary of $147,000. He’s been with the district for more than 40 years.

It’s still unclear whether Hess was asked to leave the job April 4 or if he decided to go on his own. Hess, 66, couldn’t be reached for comment Monday or Tuesday. DuClos wrote in an email Monday that Hess’ “retirement was planned prior to the incident.”

The incident occurred March 18 at Anchorage School District headquarters, according to a statement Monday from Anchorage Police. A district employee reported the incident to a school resource officer on April 3, police said.

The employee told the officer that she was talking with other employees after an Anchorage School Board work session on March 18 when Hess “walked up to her, ‘aggressively grabbed her elbow,’ and asked the employee why she was there,” the police statement said.

The employee wasn’t injured, police said. Her name hasn’t been released by police or the district.

The school resource officer interviewed witnesses and, on April 4, police issued a citation to Hess for harassment.

Hess was also issued a summons to appear in court Monday, police said. His name, however, wasn’t on the online court calendar Monday, and there was no related criminal case in online court records.

If prosecutors don’t pursue the charge, the criminal matter will be closed, Davis said. If they do, and if Hess is found guilty, he could face up to 10 days in jail, a $2,000 fine and one year of probation.

In a statement Monday, the school district said it doesn’t comment on personnel matters or ongoing investigations.

Police have informed the district that a complaint was filed against Hess, said the district’s statement. The complaint “concerned an alleged interaction with an individual in the atrium of the ASD Education Center at an evening meeting between the March 18 Board Work Session and the School Board meeting,” it said.

The Anchorage School Board’s work sessions and regular board meetings are open to the public.

Davis said her office on Tuesday was still reviewing the reports and case file forwarded by Anchorage police.

Hess is presently an employee at the school district, DuClos wrote in an email Tuesday. She declined to say whether Hess was getting paid while on leave.

“We do not provide details of employees’ leave,” she wrote.

Hess was first hired by the district in 1977. He worked as a teacher, principal and later in district administration. He started his job as the district’s head of human resources in 2012.

Superintendent Deena Bishop announced at Monday’s school board meeting that she’ll recommend Matt Teaford as the new chief of human resources. Teaford was the district’s senior director of labor relations and benefits.