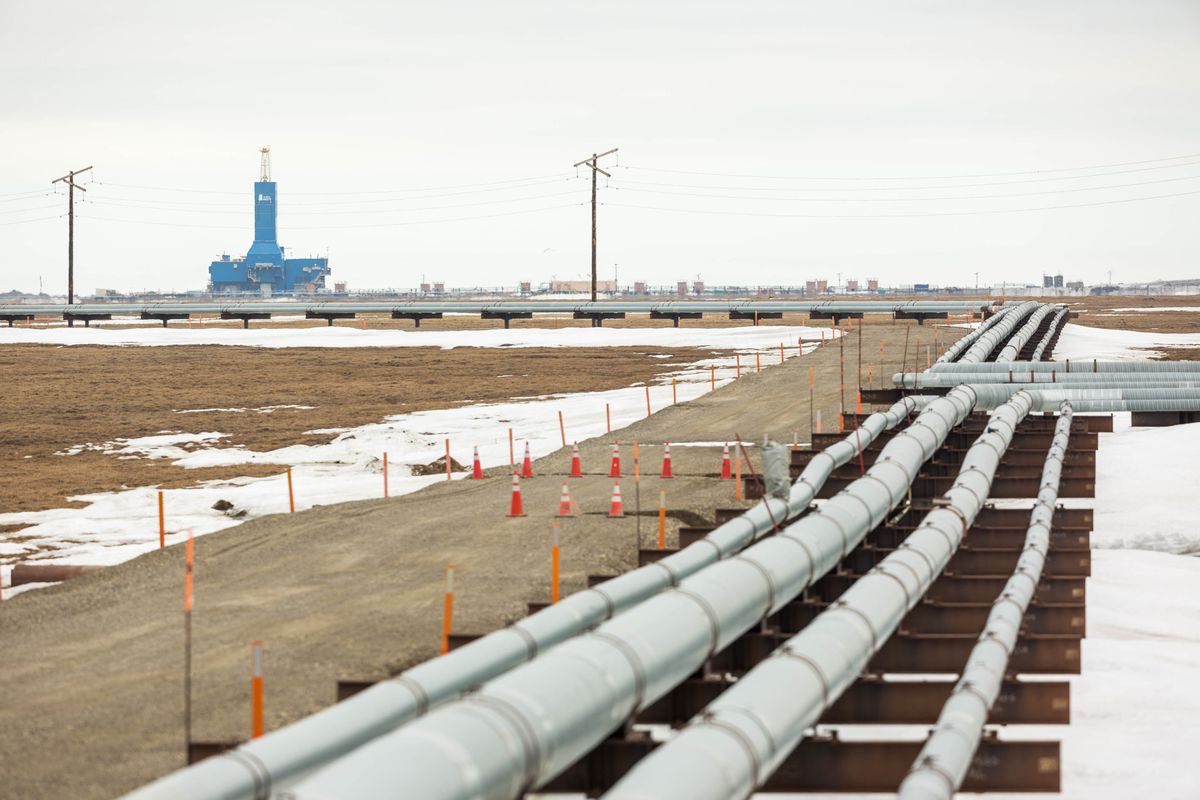 The head of BP Alaska told employees last month that she is "deeply concerned" about the company's safety record after a string of incidents on the North Slope this year, including a major natural gas leak in September that could have killed workers, according to company emails released by BuzzFeed News on Friday.

BP Alaska has had 27 incidents in which a worker had to receive medical treatment this year so far, compared to 23 incidents in all of 2016, and the company has had five major leaks this year, according to the internal documents and audio released by BuzzFeed.

The concerns prompted the company, which operates the giant Prudhoe Bay field, to refocus on safety procedures, BP Alaska President Janet Weiss said in an email to employees on Sept. 12.

During the natural gas leak at a drill site Sept. 10, the company could have "lost colleagues" if "there had been an ignition source," Weiss said in the email.

"I'm deeply concerned that with these trends, we are not in a stable state," she wrote. "We need a change now; we must have a reset."

As a result, BP launched a "deep inquiry" into the cause of the incident and temporarily stopped some North Slope operations so the company could retrain workers on safety procedures, Weiss said in that email and another on Sept. 27, according to the BuzzFeed report.

The stoppage was announced as three days beginning Oct. 1. But it continued until Oct. 12, according to BuzzFeed. Weiss said "tightly defined" field operations, drilling and safety operations would continue during the stoppage.

"We will not allow other work to be pulled into the system" during the safety reset, Weiss said. She asked some workers to cancel planned trips to the North Slope if they were not part of the training reset.

The Sept. 10 gas release was the fifth Tier One leak that happened at BP Alaska facilities this year, Weiss said. Such incidents are "the most consequential events involving an unplanned or uncontrolled release of materials," according to BP records.

About 2,600 pounds of gas leaked in that event. It occurred during a leak test at the Drill Site 7 and Flow Station 3 facilities at Prudhoe Bay, the internal documents show.

"The technicians contacted the operator to shut the valve and evacuated the drill site module" before fire extinguishing material was released, Weiss' Sept. 12 email said.

Alaska Dispatch News asked BP Alaska on Friday to confirm the veracity of the internal documents and messages in the BuzzFeed story.

In reply, BP Alaska spokeswoman Dawn Patience said in an email that "the safety of our workers and protection of the environment are BP's top priorities."

"BP reports all incidents in accordance with state and federal laws, including two natural gas releases earlier this year at a Prudhoe Bay drill site and Flow Station 3," Patience said in her email.

A gas leak in June and the one on Sept. 10 happened during planned summer maintenance work, Patience said in an interview Friday. They were halted quickly. Neither resulted in worker injuries or impacted the surrounding environment, her email said.

In addition to the Sept. 10 leak, a BP PowerPoint slide listed the four other major releases, according to the BuzzFeed report:

• On March 19, about 37 gallons of crude oil was spilled inside a building.

• On April 14, an oil and gas release received widespread media coverage and led to the shut-in of 14 wells at the Prudhoe Bay field. That leak was at Flow Station 1, about 5 miles from Deadhorse, an industrial hub for the Prudhoe Bay oil fields. BP estimated that 63 gallons of crude oil were released, along with nearly 100,000 pounds of natural gas.

Patience said Friday that BP had reported the oil spills and gas leaks to the state.

BP has had a number of tragic incidents in its history, said Lois Epstein, an Alaska-licensed engineer who has served on federal advisory committees for oil and gas safety.

"BP is not well recognized by many experts as having a good record, especially when dealing with old infrastructure," said Epstein, Arctic program director for The Wilderness Society.

In 2010, BP was responsible for the Deepwater Horizon explosion in the Gulf of Mexico that led to the largest marine oil spill in U.S. history and killed 11 workers.

In Alaska, BP pleaded guilty to a felony in 2000 for failing to immediately report illegal dumping of hazardous waste by a contractor at its Endicott oil field in Alaska's Beaufort Sea.

BP caused the North Slope's biggest oil spill in 2006, when about 200,000 gallons leaked from a corroded Prudhoe Bay transit pipeline. BP was put on three years of probation and had to pay millions of dollars in penalties.

The near-misses of the sort disclosed in the BuzzFeed report often receive little attention in the public, but they hint that greater problems may arise in the future, Epstein said.

Hollis French, chair of the Alaska Oil and Gas Conservation Commission, said the agency has not closed the case on the gas leaks BP reported, and fines are possible. By the end of this month, BP must provide the agency with additional details on the three-day leak in April, leading to further review by AOGCC, he said.

BP's safety reset "speaks to the severity" of the incidents, he said. But the company deserves some credit for addressing the safety concerns.

"It's certainly far better than doing nothing," he said.