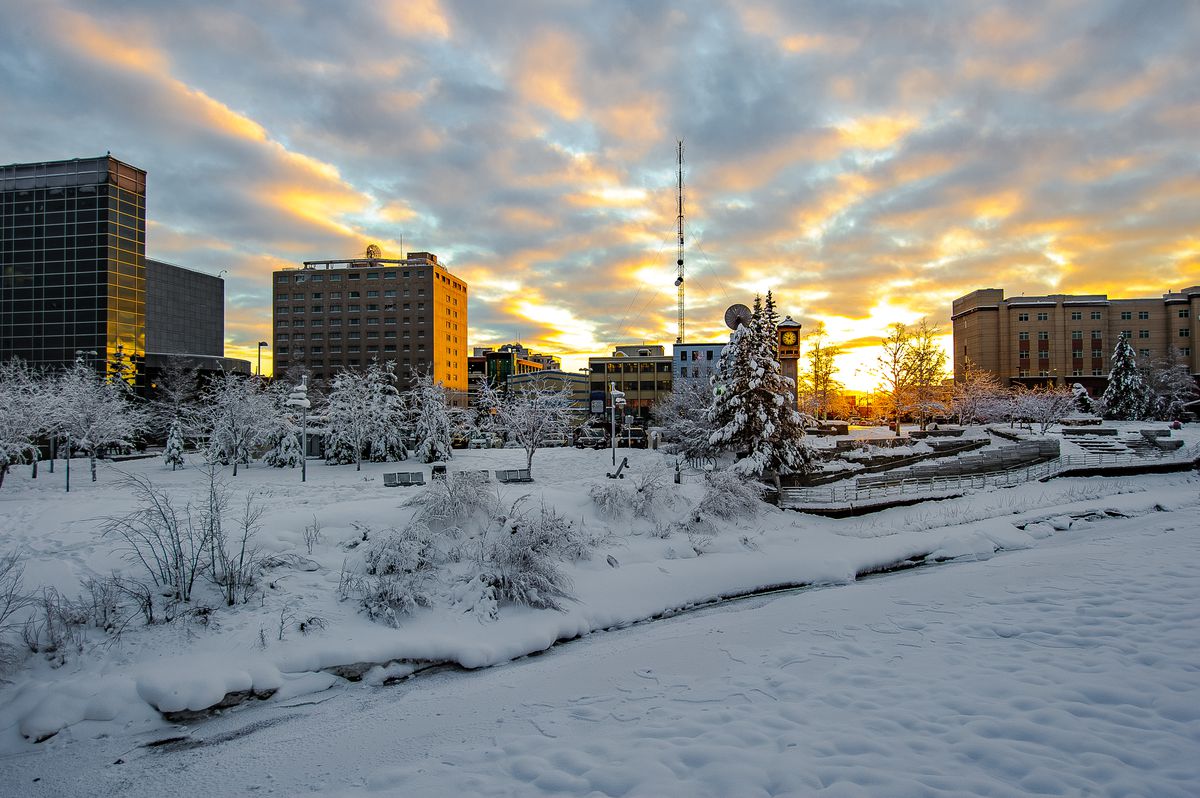 Matherly made the announcement in a column sent to the newspaper Friday morning. The decision was made "after much soul searching, research, and examination of all facets of the issues," according to Matherly.

"I do not take this action lightly," he wrote. "As with most concepts, the details become challenging when they affect so many people with different priorities and opinions. It is those details that I think require further examination."

The Fairbanks City Council approved the equal rights ordinance on Monday by a 4-2 vote. The hotly debated measure extended anti-discrimination protections for employment, housing and public accommodations. The measure also provided a means for people to challenge in court the practices they believe are discriminatory.

Supporters of the measure were planning to hold a vigil Friday night in Fairbanks.

Among them is Hayden Nevill, who said the veto "gives our neighbors a license to treat us poorly." He said in a statement to the newspaper that the new law is supported by a majority of residents.

"The arguments against the ordinance were based on fear and misunderstanding," Nevill wrote. "It's disheartening that Mr. Matherly has chosen to legitimize fear instead of legitimizing people."

The vetoed ordinance was modeled after local laws in Juneau, Alaska's capital, and the southeast community of Sitka.

Anchorage, Alaska's largest city, also has protections for LGBTQ residents. The Alaska Municipal League does not have a count on how many other Alaska cities might have similar protections.

Before the Fairbanks law was passed, a few dozen people testified, with a small majority voicing opposition.

Under the city charter, the mayor can veto any legislative action. The City Council has the power to override vetoes with five affirmative votes within 14 days.

In his column, Matherly notes the public interest generated by the ordinance. He also says many of the public comments were from people living outside the city limits.

"While I value the opinion of our neighbors in the surrounding communities and visitors from farther out, I want the citizens of Fairbanks to chart their own course and decide how we move forward as a city," he states.

In September, Matherly apologized after there was an angry uproar on social media when a meme that made fun of a woman who accused then-Supreme Court nominee Brett Kavanaugh of sexual assault was shared from his Facebook account. The meme showed Christine Blasey Ford with her hand raised, apparently being sworn in before the Senate Judiciary Committee. The meme read: "Believe in something, even if you can't remember anything."

Matherly said his girlfriend shared the meme on a thread of a friend while she was scrolling through his Facebook newsfeed on his iPhone. From there, it spread quickly.

“I understand the emotion surrounding this entire national conversation, and I am sympathetic to both Dr. Ford and Judge Kavanaugh and especially too ALL victims of sexual assault,” he wrote on Facebook the next day. “My sincere apologies for anyone that was offended by the sharing of that meme. I am truly sorry.”