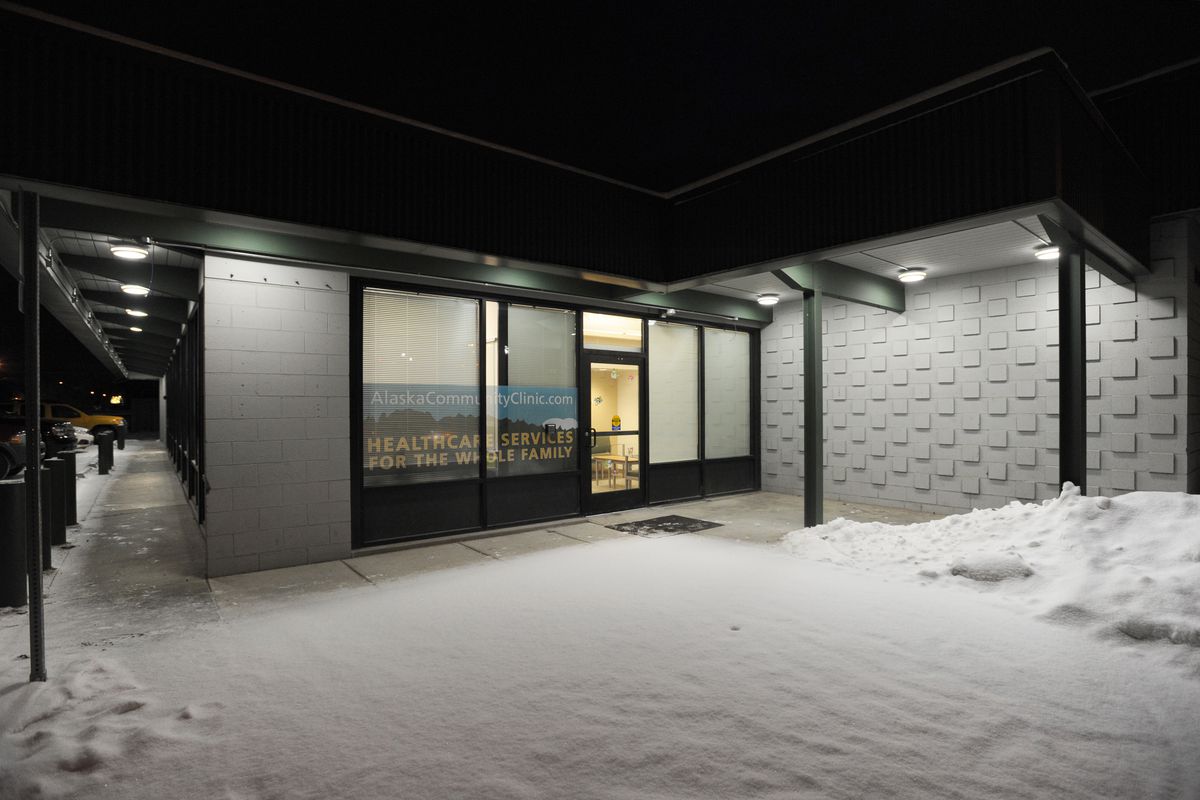 Alaska Regional Hospital has opened a new health clinic in Mountain View, in an effort to better serve a community that had frequented its nearby emergency room because of a lack of easy access to primary care.

"I am thrilled," said Julie Taylor, Alaska Regional chief executive, about the new clinic nestled on a busy neighborhood street corner. "This has been a long time coming, and we're so happy to finally have it open and meet the needs of the community."

Alaska Regional Community Health Clinic opened this month on Mountain View Drive, in a building that once housed a pawn shop and sits near a middle school, a grocery store and the neighborhood's Boys & Girls Club. The hope is that it becomes a medical hub for the community who can reach it on foot, or by bus if they don't have a car, said Kirk Rose, executive director of the Anchorage Community Land Trust, an organization with a focus to revitalize Mountain View.

"It's a big deal for the long-term future," Rose said of the new clinic that serves everyone, health insurance or not. "Our neighborhood is so young and so diverse and, really, this is a building block for health literacy for us."

Mountain View, on the city's east side, is home to about 7,700 people with an average age of 28, Rose said, citing the most recent census data from 2010, which also showed that the neighborhood had the most diverse census tract in the entire country.

Mountain View has not had a primary health care provider within the neighborhood limits since the Anchorage Neighborhood Health Center left the area in 2008, eventually moving into a larger building farther south, in Midtown.

"They needed more space, but they did leave a population behind in Mountain View that did not have their own car," Taylor said. "And a lot of times (the residents) take the bus to our emergency department for care."

Alaska Regional Hospital is located less than 2 miles away from the new Mountain View facility, across Fifth Avenue. In 2015, Taylor said, the hospital recorded roughly 5,000 ER visits from Mountain View residents, and determined about half of those were for health concerns a primary care doctor could treat, like respiratory and urinary tract infections or cold symptoms.

Rose said the Anchorage Community Land Trust had purchased the abandoned pawn shop in 2011, remodeled it and hoped to attract a medical care provider to rent the space. Residents had identified bringing a health care facility back to the neighborhood as one of their top priorities. Rose said the organization approached multiple providers, asking them to move in.

Taylor said she was contacted about the vacant building by Jewel Jones, a hospital board member who once served as the executive director of the Anchorage Community Land Trust. She said she agreed it was the perfect location to create a health clinic.

"We believe this is one of the many steps forward to engage the community around the health and wellness agenda, and helping get care to the right people at the right time at the right level, and hopefully improve outcomes," she said.

Taylor said she hopes the health clinic will provide preventative care to more people, to catch health concerns early. She also hopes it will save money for patients, insurance companies and the government.

She's expecting the new facility will lose anywhere from $500,000 to $750,000 annually, but will save the hospital system money overall.

"This is just a better way to provide care economically," Taylor said. "For those who can't pay, I would rather write off a clinic visit than an ER visit."

The 2,200-square-foot clinic takes Medicare, Medicaid and the Tricare health insurance programs. It also has a sliding-scale fee schedule for low-income Alaskans who don't have health insurance.

"It's open to all patients regardless of ability to pay," Taylor said.

She said expanding the Medicaid program in the state for more low-income Alaskans had made the clinic financially feasible.

The clinic currently has three staff members, including a sole doctor, Robin Ninefeldt, who grew up in the close by Muldoon area.

"I think she is the perfect fit for the clinic," Taylor said of the neighborhood's new local doctor. "She really engages well."

"I grew up on welfare. I grew up without any sort of physician, my primary care was the ER, and that's the same situation I see a lot of people still stuck in," Ninefeldt, 36, said Friday. It's important, she said, "to be able to give to someone what I didn't have growing up."

Jason Bookman, president of the Mountain View Community Council, said he's heard only positive feedback from residents about the new clinic. He said people are excited to not have long travel times to get to the doctor, and it added to the walkability and accessibility of the neighborhood.

The Alaska Regional Community Health Clinic is located on 3701 Mountain View Drive. It's open from 8 a.m. to 5 p.m. Tuesday through Friday.