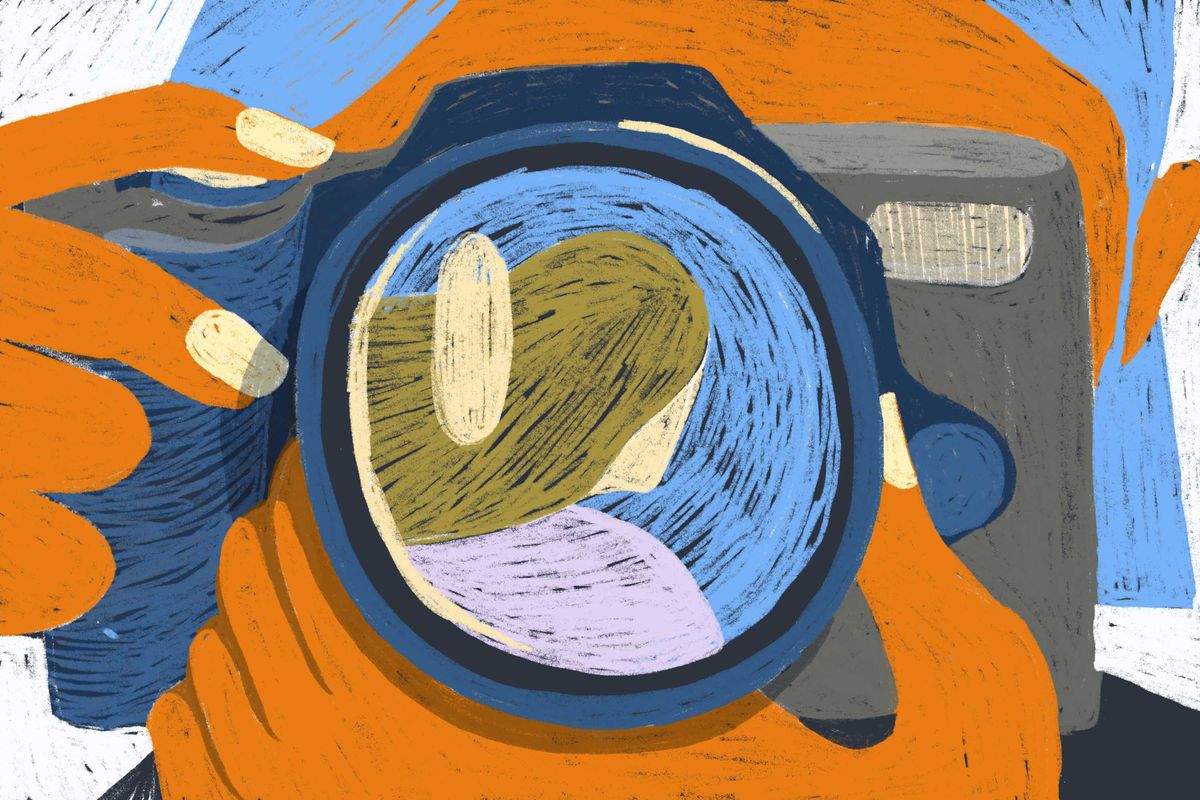 Every portrait in Unheard was different. There was no formula, no uniform backdrop to rely on. The people were unique and the circumstances of each shoot presented different challenges — the environment, the color of the light, the atmosphere. And the cold.

It was a real Alaska winter this year. Many of the portraits were made in subzero temperatures and many more below 32 degrees Fahrenheit. One session was after a beautiful snowfall, deep in the woods of West Anchorage, in thigh-deep snow. Another was in the flat area of the delta of the Knik and Matanuska rivers in a bitter wind. Another was on a blue-sky day in Valdez with towering peaks in the distance. Other sessions were indoors, in the comfort and safe space of a home.

What never varied was the underlying courage that every one of the participants brought to the project.

[Read their stories at ADN.com/unheard]

From the very first interviews, we were struck by the resilience of our participants. Prior projects about sexual assault sometimes focused on the haunting trauma, but we wanted instead to portray the strength of our subjects and focus on who they’ve become. We set out for this process to be a dialogue, a collaboration with each of our participants on how they wanted their bodies and their identities to be portrayed. After all, assaults are crimes where their choices are taken away. We wanted to redefine the image of sexual assault survivors.

As much as possible, our subjects were given creative control of their portraits and the images were made collaboratively. Before a photography session, we would discuss locations, activities or people (and often pets) that have been a source of strength and healing for our participants. The three project photographers, Loren Holmes, Marc Lester and Anne Raup of the Anchorage Daily News, traveled during the months of October through March to meet with them. From Anchorage to Fairbanks, from Sitka to Nome, from the Kenai Peninsula to Portland, Oregon, in the Lower 48, the team flew and drove more than 10,000 miles.

We veered from traditional mores for this project. Most of the time, staff visual journalists for the ADN follow the central tenet of photojournalism, which is to be a fly on the wall, an observer who is invisible and does not interfere but merely documents what they see. That shifts a bit when it comes to portraiture, but there is a built-in barrier between photographer and subject — the photographer creates the photograph. And the subject of an image usually doesn’t see an image before it’s published. For this project, the participants had full agency in deciding what would be contained in that one frame that would represent them. And in many cases, the subject signed off on the specific image.

This relationship led to a much deeper collaboration and, we hope, gave rise to stronger voices. Sue Royston was very clear that she wanted to be photographed at her log cabin home. It was her lifelong dream to have one and a big part of how Alaska is her home. Craig Loomis wished to be pictured with his wife, as she’s been such a source of strength for him. When we asked Jessica Wilson where she would like to be photographed, she immediately responded with the location where she and her cousin played as kids. This aspect of her story was one we would not have known without her participation in brainstorming photo situations.

For most people, having a portrait taken is fundamentally uncomfortable. The camera lens is a big unblinking eye staring at you. If with this portrait you are opening yourself up to the world, to show something that you’ve likely hidden or been tortured by for years, the process might be excruciating. The challenge here is to find an emotional place of comfort where a telling, compelling image can be made. That was often difficult for both parties. It often took several conversations for the relationship to be mature enough to move forward on making photographs. A few times, multiple sessions were needed to really capture the appropriate image. Sometimes that meant photographing in many locations on the same day, while building mutual understanding and trust between subject and photographer (Meta Mendenhall, David Fisher). Other times the final portrait was the result of days or months passing between sessions (Judy Jessen, S.S.).

Some of our participants needed anonymity for their safety. Anonymity in journalism is not taken lightly. For this project we wanted both to ensure our subjects’ protection from retaliation or shaming, but also to restore agency to them in choosing how much to reveal. This presented photographic challenges. As often as possible, we tried to make the photos feature light, as opposed to using shadow to obscure. Before the shoot, we discussed with our participants the various techniques, such as shooting in silhouette, from a distance, or close up on parts of the body. In most cases the final image was determined in conversation with the subject about how much of their identity could be safely revealed.

In the end, we grew to have the greatest respect for the strength of the people who allowed us to work with them to make this collection of portraits. So many of the participants experienced things that would make most people crumble under the weight — these people are facing the darkness and turning it to light.

Anne Raup is the photo/multimedia editor of the Anchorage Daily News. Agnes Chang is a creative story technologist at ProPublica.