An Anchorage mom thought she and her children had a flu bug. It was something much more dangerous. 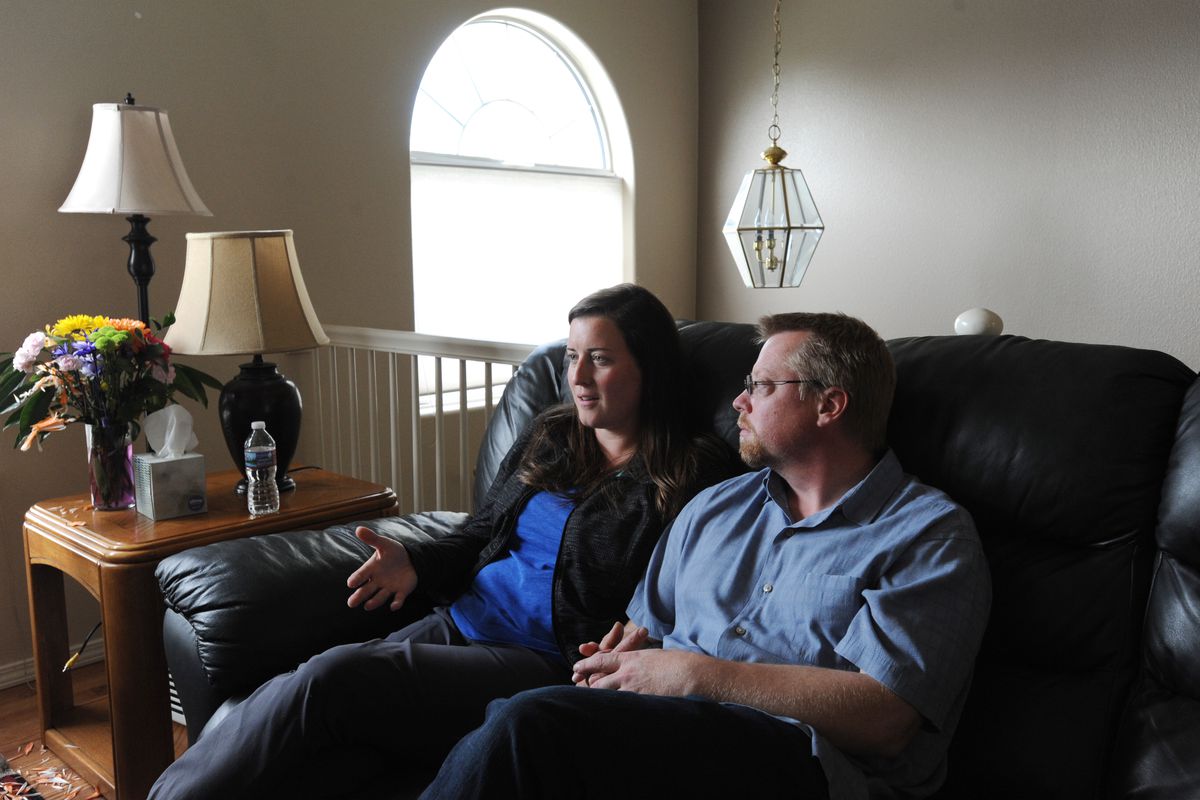 Sarah and Matt Klebs talk on Monday about their 10-year-old son, Gavin, who died from carbon monoxide poisoning just over a week earlier at their recreational cabin near Big Lake. (Bill Roth / Alaska Dispatch News)

Sarah and Matt Klebs talk on Monday about their 10-year-old son, Gavin, who died from carbon monoxide poisoning just over a week earlier at their recreational cabin near Big Lake. (Bill Roth / Alaska Dispatch News)

When Sarah Klebs' daughter, Caroline, woke up early Saturday morning last week complaining of a headache, she gave the 8-year-old an Advil and sent her back to bed.

Later, when Caroline and Klebs' son, 10-year-old Gavin, started throwing up, Klebs figured the whole family had caught the flu.

But a day later, after the family was pulled out of their recreational cabin near Big Lake, she realized it wasn't a virus — it was carbon monoxide poisoning.

"How would you know?" Sarah Klebs said in an interview at her home Monday. "Prior to this, I never would have thought about it."

Sarah and Caroline survived, but Gavin did not.

Sarah Klebs and her husband, Matt, are speaking out about what happened Aug. 20. They said they did not yet have a carbon monoxide detector in the 25-by-30-foot cabin they use frequently. They planned to install a detector, she said, but not until winter, when they'd be spending more time indoors.

Investigators found it was a propane-powered refrigerator that malfunctioned  and leaked odorless, colorless carbon monoxide into the home as the three slept.

Matt Klebs, a mechanical contractor, said the refrigerator was in good condition and he did regular maintenance on it. He said given his profession, he's embarrassed something like this could happen.

"I'm in the business to keep this from happening," he said.

Alaska's rate of carbon monoxide poisoning is 1.22 per 100,000 people, according to a study from state Section of Epidemiology that looked at the number of cases of poisoning from 1993 to 2010, the most recent study of Alaska's carbon monoxide rates. That's above the national average of 0.8 cases per 100,000 people, according to the U.S. Centers for Disease Control and Prevention.

Alaska averages of about seven cases a year, according to state epidemiologist Dr. Joe McLaughlin. The majority of poisonings happen in winter and fall, the study found, and generally correlates to when people are spending more time indoors.

McLaughlin said the No. 1 recommendation for preventing poisoning is having working carbon monoxide detectors.

Matt Klebs was in Anaktuvuk Pass on a work assignment when Sarah and two of their three children went out Friday night to the cabin near Big Lake.

The family had been building the cabin for the past four years on a 40-acre property purchased 10 years ago.

The Klebs' oldest son, 14-year-old Connor, elected to stay with friends in Palmer that weekend.

But that afternoon, Sarah and Gavin also started throwing up. She figured they had the flu and decided they'd stay in bed for the weekend.

Sarah Klebs said she has gaps in her memory of events. She remembers being in bed and reading a series of increasingly concerned text messages from family asking if everything was OK. She said she read them but for some reason never responded.

It wasn't until around 9 p.m. Sunday that Connor's friends' parents, realizing Sarah had missed picking him up, decided to drive out to the cabin to check on the family.

They found Sarah in bed with Caroline, who was unresponsive. Sarah Klebs remembers waking up and trying to get out of bed, but her legs felt like "rubber" and she had to be carried out.

Caroline and Sarah were taken to Mat-Su Regional Medical Center and later flown to Seattle for hyperbaric chamber oxygen treatment. Matt flew out of Anaktuvuk Pass and joined them in Seattle the next day.

Sarah said the poisoning caused minor damage to her heart — like a mini heart attack, she said — but that it's not expected to affect her quality of life.

Caroline appears to be totally recovered, Sarah said, and attended her first day at school Monday, just a week after the accident.

The family said they're relying on their Christian faith to get through everything. Gavin was a sweetheart, the family said, with a caring heart and a can-do attitude. He was a little helper, always willing to assist his parents with household chores.

He had recently been saving money to buy a snowmachine, his dad said, collecting about $400 by helping relatives with chores. Even after years of saving, he'd recently offered to give it to a relative going through cancer treatment. When their church began raising money for a special trip for their pastor, Gavin again offered up his snowmachine fund.

"You could say, 'Well what if a few things were different, it would have played out differently,' " Matt Klebs said. "I feel like it was his time, and it wasn't theirs and (God) aligned to take him and take him peacefully and that's what we're accepting."

"… And finding comfort in," Sarah added.

The family still plans to keep going to the cabin, Matt Klebs said. He said it's what Gavin would have wanted.