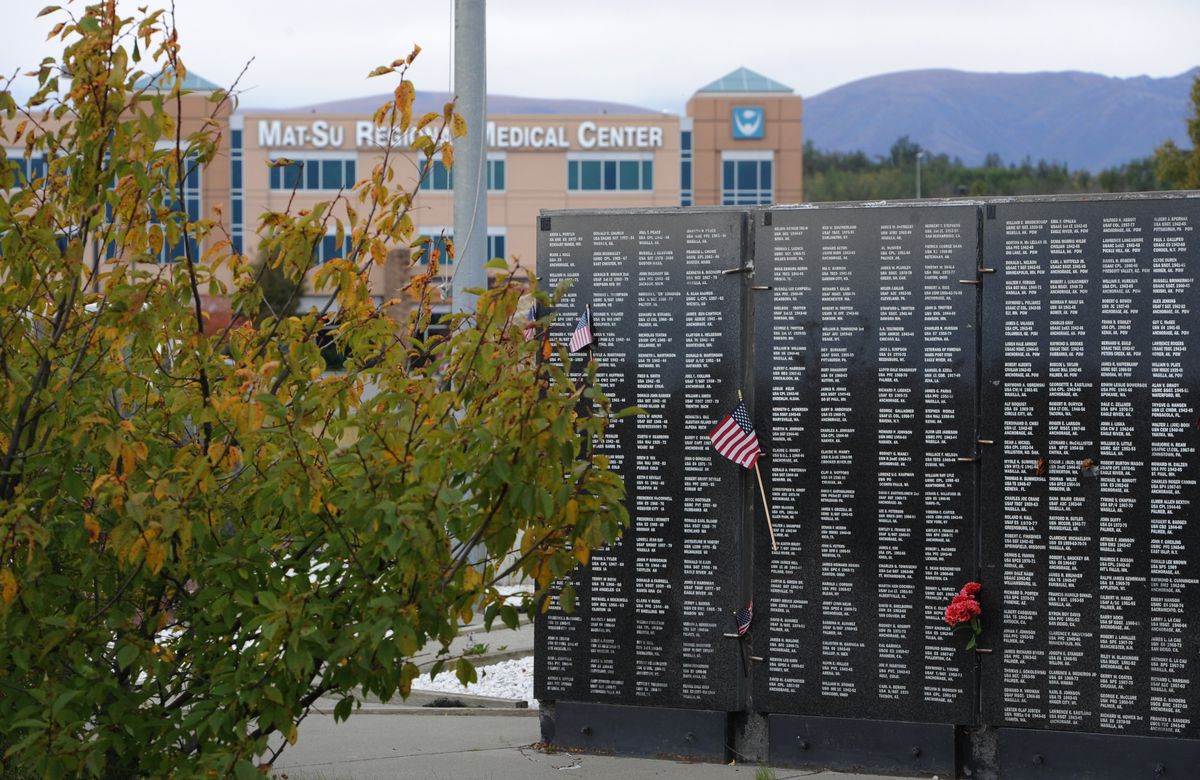 WASILLA — An Idaho company that yanked plans for a senior facility in Mat-Su also stranded a promise to preserve a veterans memorial near the Parks Highway.

The location included a bluff that for more than 20 years has housed the Veterans Wall of Honor, a series of carved, dark granite panels bearing the names of more than 2,300 service members, living and dead.

Amid public pressure, Spring Creek promised to preserve the wall and move it if necessary.

But the company this year withdrew from a state certification process when officials said its facility had to have fewer beds than it originally planned. The company sold the land.

Now that Spring Creek is gone, some are wondering if promises to preserve the wall will be kept.

Valley veterans groups tracking the fate of the wall have been in limbo for a few years already since talk of the senior center began, said Wasilla's mayor, Bert Cottle, who said he meets with five groups regularly.

Cottle addressed the Mat-Su Assembly at a Tuesday night meeting to push for more information about the wall's future.

"We owe our veterans more than … just to be a pawn in some game," he said.

The property beneath the wall was owned by the Matanuska-Susitna Borough until Spring Creek purchased it in 2015 for more than $1.2 million.

The conditions of the sale include a promise to relocate the memorial wall somewhere else on the property unless the Assembly agrees to remove that requirement. They also include a covenant restricting the property uses to elder care and associated services.

Spring Creek CEO Doug Clegg also told the borough his company would spend $150,000 on a relocation plan if the borough would match it.

The borough made good on its end of that deal: There's $150,000 in public funds dedicated for the wall.

But Spring Creek has sold the property — to competitor Maple Springs Senior Living, the Utah-based company that also sought a Certificate of Need from the state for a senior facility.

[Valley could go from zero to two new senior-care centers]

The Utah company got approval for two 67-bed skilled nursing facilities in Palmer and Wasilla that would cost an estimated $41 million, according to the state's decision document. The facilities are supposed to open in 2019.

But now the land below the wall is about to be sold to somebody else.

Maple Springs doesn't need the property near the hospital, company president Nick Larsen said Wednesday. Now the former borough land with the veterans monument is under contract for a sale to yet another buyer. Larsen refused to identify the buyer, citing a nondisclosure agreement. But he said the new buyer was an Alaska entity.

He said the prospective buyer will honor the conditions placed on the property once the sale closes by mid-October.

"I do think that the group that's coming in is going to be the best scenario for the veterans' wall, long term," he said.

The new owner of the property is bound by Spring Creek's conditions of sale, borough officials say. They're also working to make sure the new owners honor Spring Creek's pledge to help pay for relocation if needed.

“We want to make sure our $150,000 that the borough assembly funded is matched even though it’s being passed on,” Vern Halter, the borough mayor, said Tuesday night.