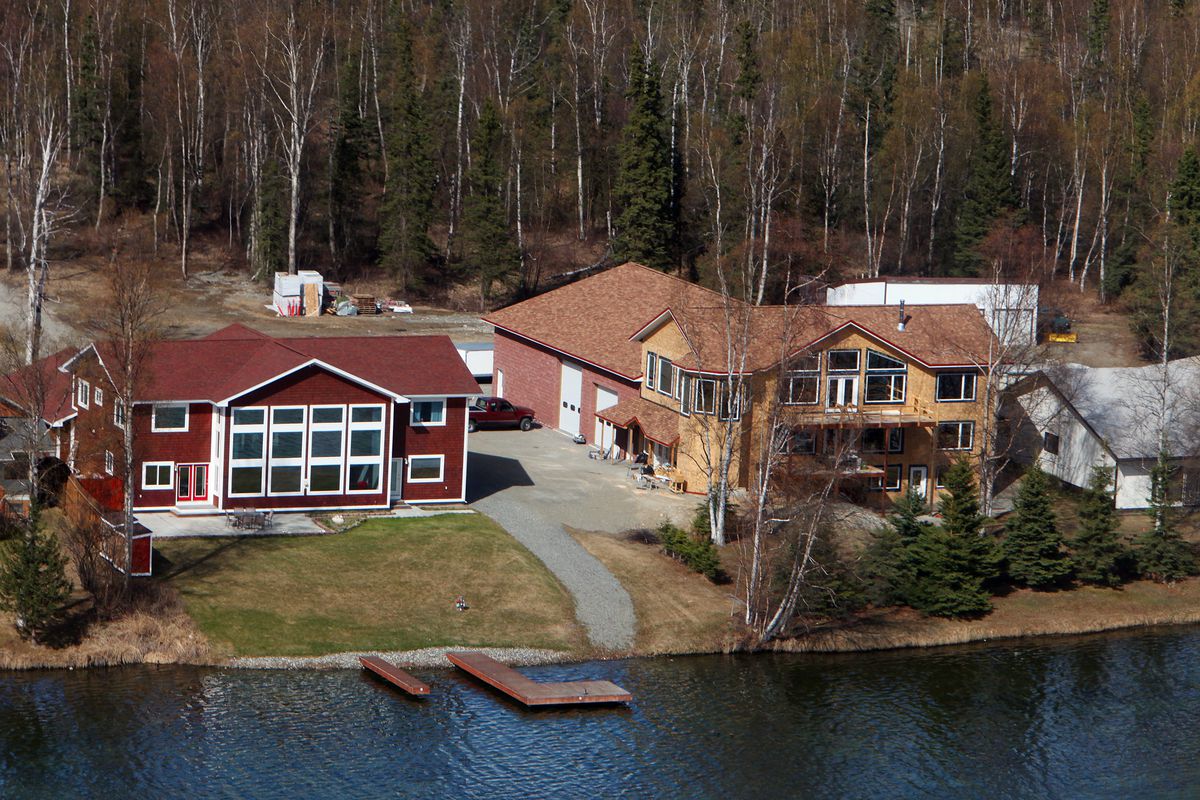 PALMER — Track Palin, the 28-year-old son of former Alaska Gov. Sarah Palin, was arrested on assault and burglary charges after he repeatedly hit his father, Todd Palin, at the family home in Wasilla on Saturday, charging documents say.

The charges mark his second domestic-violence arrest in not quite two years.

Wasilla police came to the Palin home Saturday after Sarah Palin called just after 8:30 p.m. to say her son was "freaking out and was on some type of medication," according to a sworn affidavit filed in court by Wasilla officer Adam LaPointe.

Track Palin came to the house to confront his father over a truck he wanted to pick up, according to the affidavit. Todd Palin told his son not to come because he'd been drinking and taking pain medication.

"Track told him he was (going to) come anyway to beat his ass," LaPointe wrote.

Todd Palin told the officer he got his pistol to "protect his family" and met his son with the gun when he came to the door, according to the affidavit.

Track Palin broke a window and came through it, and put his father on the ground, the report states. He began hitting him on the head.

Todd Palin escaped and left the house. He suffered injuries to his face and head, the officer wrote. He was bleeding from several cuts on his head and had liquid coming from his ear.

As police arrived, they saw two vehicles leaving the home: Todd Palin was in the first, and officers could see blood running down his face, LaPointe wrote.

Sarah Palin, in the second, was "visibly upset," he wrote. Officers learned Track Palin was alone in the house, and they could hear yelling coming from inside.

Police called to Track Palin to come out, and he came out the partly open front door, according to the affidavit.

"Track stood on the porch," LaPointe wrote. "Communication was attempted which failed due to Track yelling and calling myself and other officers peasants and telling us to lay our guns on the ground before approaching the residence."

Palin walked back in and the officers saw him moving around, the affidavit states. Then he came out an upstairs window onto the garage roof.

"He moved around in a strange manner and assumed a prone position just behind the roof line in what appeared to be an attempt to locate officers on the property," LaPointe wrote.

He went back inside, the officer wrote, but communication was re-established after 10 or 15 minutes of silence and Palin came back outside to talk.

Police handcuffed him without incident and read him his Miranda rights in the back of a patrol car, according to LaPoint.

Palin told the officer he'd had a few beers earlier and gotten into a fight with his father about a vehicle and "there had been threats made between them," the affidavit said.

Track Palin had driven to the house, found the front door locked and saw his father pointing a gun at him through a window next to the door, the officer wrote. He told his father several times to shoot him, then punched out the window when his father tapped it with the gun.

"Track stated he then went through the broken window and disarmed Todd and put him on the ground," the affidavit says. "While Track had Todd on the ground he started hitting Todd in the head. Todd was able to get away from Track and get out of the residence."

He was still jailed at Mat-Su Pretrial Facility as of Monday evening.

A judge over the weekend set Palin's bail at $5,000 cash and release to a third-party custodian, a state courts database shows. His next hearing is scheduled for Dec. 27.

"Given the nature of actions addressed last night by law enforcement and the charges involved, the Palins are unable to comment further. They ask that the family's privacy is respected during this challenging situation just as others dealing with a struggling family member would also request."

At the time of his arrest Saturday, Palin was serving two years of probation on a plea deal stemming from a January 2016 domestic violence arrest at the family home.

Charging documents in that case say a woman told authorities Palin punched her in the face and had a gun; Palin described a drunken altercation during which she hit him in the face.

Palin, who served in the U.S. Army, entered a guilty plea to a weapons charge that was adjudicated through Anchorage Veterans Court. The program emphasizes alternative sentencing and treatment for behavioral health or substance abuse issues.

Palin is known to have deployed to Iraq for a year and served with the 25th Infantry Division's 1st Stryker Brigade Combat Team. Details of any combat duty were not immediately available.