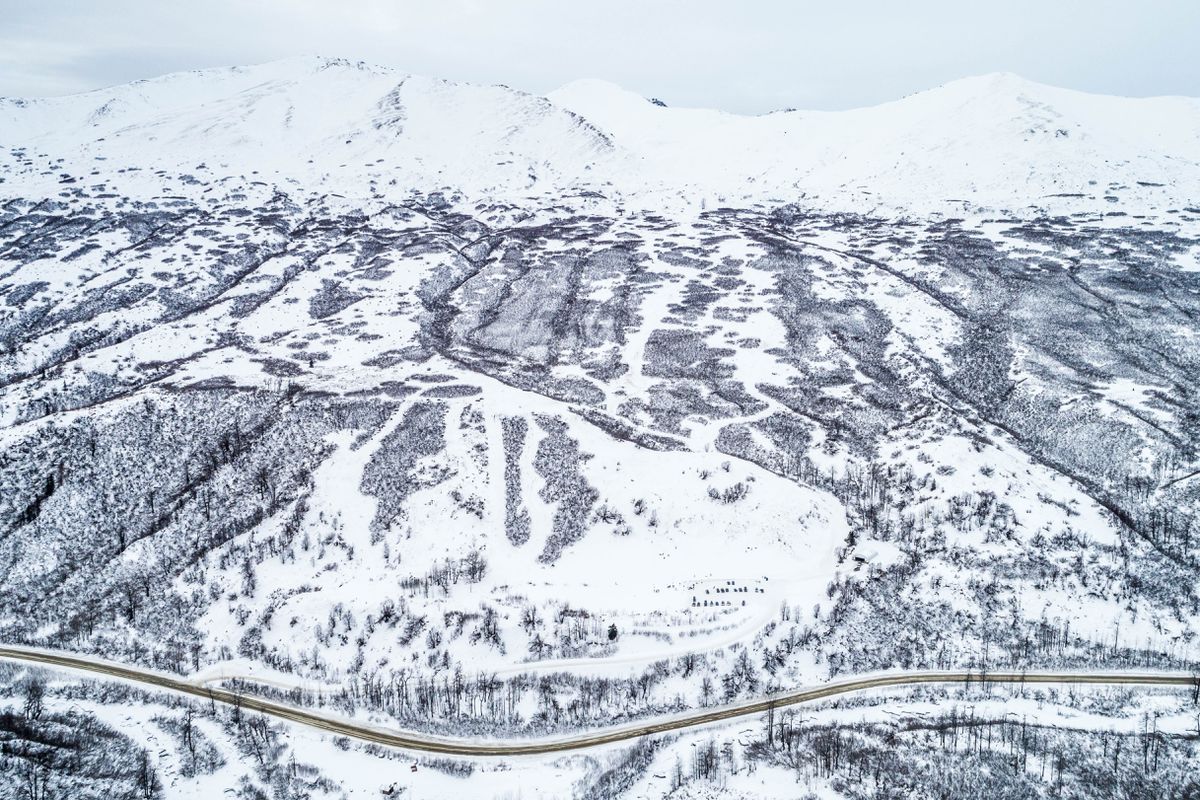 PALMER — A long-awaited alpine ski area in Hatcher Pass is a step closer to reality with a new name: Skeetawk.

The name, announced at an event Saturday, is a phonetic spelling of a Dena'ina word — Shk'ituk't — that translates to "where we slide down," according to Louisa Branchflower, board president for Hatcher Alpine Xperience.

The nonprofit is trying to bring a new downhill ski area to the Talkeetna Mountains northwest of Palmer. Members began two years ago trying to build a lift-served area in Hatcher Pass, already a popular winter destination for its early-season snow, ample terrain and scenic mountain views.

The area is at Mile 10.6 of Hatcher Pass Road, and is groomed and open weekends. A $500,000 grant from the Mat-Su Health Foundation allowed the nonprofit to work toward the purchase of a triple chairlift and hire a part-time executive director. The group hopes to open for the 2019-20 ski season.

People submitted more than 460 suggestions for the name, Branchflower said. In late December, the board picked four finalists: Ptarmigan, Pinnacle, Fishhook and Skitok. A majority of the group's 165 members voted on their choice and Skitok won in a landslide, she said.

The original word was the name for a settlement near Old Kenai, Branchflower said, so group members reached out to Kenai and local tribal groups and both were supportive.

The change to "Skeetawk" resulted from concerns that Skitok duplicated the name of the community Tok and was referred to skiing, when snowboarders are also welcome, she said.

"We changed the spelling to be more phonetic because we thought that would be more appropriate, and to make it our own."

The name was generally celebrated but took some heat even on the group's own Facebook page. A local historian pointed out how far the name is from its origins. Several people wondered why the name wasn't "Hatcher Pass" something-or-other.

The board wanted to set the ski area apart from the larger Hatcher Pass area and its many different user groups, Branchflower said.

In late 2016, the Matanuska-Susitna Borough entered an agreement with the organization to operate the ski area.

The first phase of the project includes a 2,400-square-foot shed for a snowcat, 6 miles of trail clearing, temporary warming facilities and the beginner chairlift. The next phase includes a parking lot, an updated access road, a day lodge and a high-speed quad lift.