Mat-Su PD? Beset by crime and not enough cops, the Valley looks at local policing powers 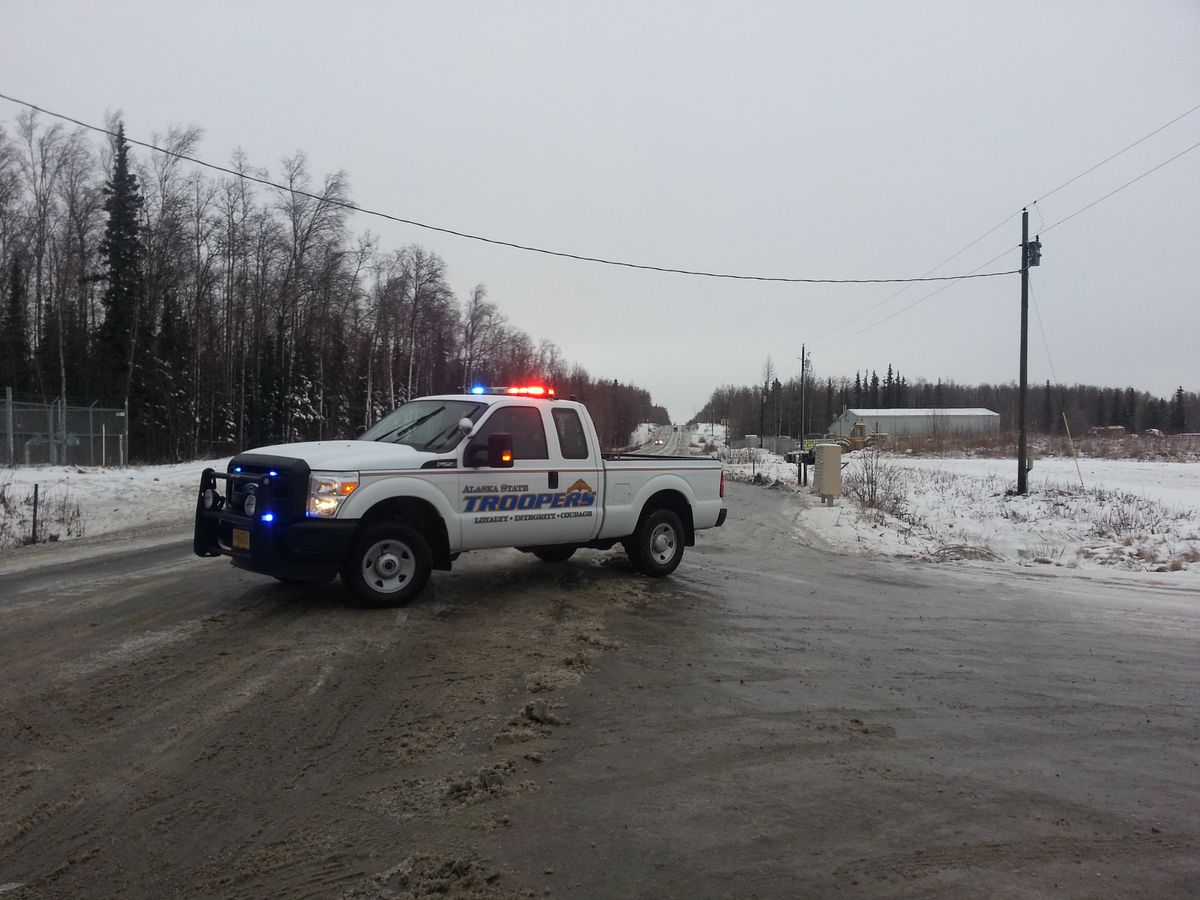 PALMER -- The Mat-Su Borough, Alaska’s second largest municipality, is a growing place with a crime problem and not enough police.

Outside the borough’s cities, a little more than a half-dozen Alaska State Troopers are on patrol at any given time across a place the size of West Virginia.

Now a Mat-Su task force is weighing new ways to handle law enforcement, including a proposal to start a new borough police force with more than 100 officers to handle calls outside the cities of Palmer and Wasilla.

Other options are smaller “police service areas” or a 21-member task force made up of existing law enforcement agencies that focuses on drug and property crimes. Another option would just enhance safety measures like more code enforcement, drug addiction treatment, neighborhood watch and security cameras.

A woman who lived on Lazy Mountain told Jim Sykes a story that sums up the situation.

The woman told Sykes, a Mat-Su Assembly member on the task force, that she lived next door to a “drug house” and moved her family to Palmer so that when she called 911, someone would come even if there wasn’t a shooting.

“'I wanted to be in a place that when I called police, I got a response,'” the woman told Sykes, as he told the task force at a meeting Wednesday. “I think that is at the root of why people want us to do this.”

The residents of Palmer and Wasilla -- a little more than 15% of the borough’s more than 106,000 residents -- are served by police departments. Alaska State Troopers respond to calls from any other borough residents.

There are 54 filled patrol trooper positions to serve Mat-Su right now, according to Alaska Department of Public Safety spokeswoman Megan Peters. Generally, that means there are seven troopers plus one sergeant on duty in Mat-Su at any given time. Both numbers don’t include investigators, wildlife troopers or officers or factor in days off, injury and illness, or leave.

Residents for several years have complained that troopers don’t always come when they call for help, especially with crimes like trespassing, public drug use or thefts that may not get prioritized over assaults or other more urgent crimes.

Mat-Su residents last year approved a ballot initiative instructing the borough to investigate local policing powers. The task force will recommend what proposal to present to voters at the Mat-Su Assembly meeting Dec. 17.

The task force that’s been meeting since March includes Wasilla and Palmer representatives, a retired trooper, assembly members and a borough official, several members of the public and the superintendent of Goose Creek Correctional Center.

Along with the task force or non-policing options, the group is prioritizing several policing proposals. One would hinge on voters approving a few limited service areas to pay for a police force or service from city departments.

The most sweeping would ask voters to create a 110-officer borough police department with a chief or borough director.

The group was planning to recommend a 55-person force based roughly on the number of troopers already here, and what voters might see as affordable, but raised that number to 110 to give the public a credible sense of what’s needed.

“It’s not sufficient now ... why propose that as a viable option?” Palmer police chief Lance Ketterling said at Wednesday’s meeting of the smaller number, given concerns that trooper numbers are too low. The group may recommend two staffing levels.

But some wonder if residents in Mat-Su, generally known for a small-government mentality, will want to pay anything for a service they’re getting for free from the troopers.

Because it’s so early in the process, there aren’t any specific price tags yet for the different levels of policing the task force is considering.

A draft estimate puts the cost of first year personnel for a full force of 110 officers at nearly $23 million. It would cost nearly $9 million to outfit them with radios, vehicles, weapons and gear.

Then there’s a different kind of potential price, at least for local officials: the possibility that adding borough police could lead the troopers to leave.

Without troopers, who responds to violent crime calls or search and rescues? If a service area is approved in the denser zone between Palmer and Wasilla, outer areas still need response. What about “doughnut holes” where some residents voted yes for police but neighbors voted no?

What if the exodus of troopers leaves Mat-Su with even less law enforcement than before?

“I think the biggest risk we face is if we go with a number we think is potentially palatable, that there’s going to be constituents out there that vote thinking that makes good sense without understanding the downstream impacts of troopers,” said Jeff Laughlin, a retired troopers commander who serves as deputy chair of the task force.

Public safety officials can’t say what would happen to Mat-Su troopers without knowing what the specifics are, Peters said in an interview. If the borough does create a police force, it would certainly have an impact.

“The overall goal of the Department of Public Safety is we are traditionally in areas that do not have a functioning full-fledged police department that can take care of them,” she said, pointing to Anchorage as an example of a well-staffed department. “We focus our efforts on where there is not adequate police presence.”

Adding more police, and with them more arrests, could also overload state prosecutors in Palmer expected to see more cases because of the state’s reversal of parts of SB 91, the contentious criminal justice reform that lightened pretrial and sentencing requirements for some lower-level crimes.

Palmer is not one of the courthouses around Alaska getting additional prosecutors at this point, though that could change with more referrals, officials say.

Much of the property crime in Mat-Su is known to be driven by substance abuse. But access to detox and treatment facilities remains sharply limited, especially with the end of prison treatment programs, Laughlin said.

“Just putting more police on the streets is not going to solve the problem,” Laughlin said. Without treating the reasons people get the attention of police, he said, “you’re just wearing the system down.”