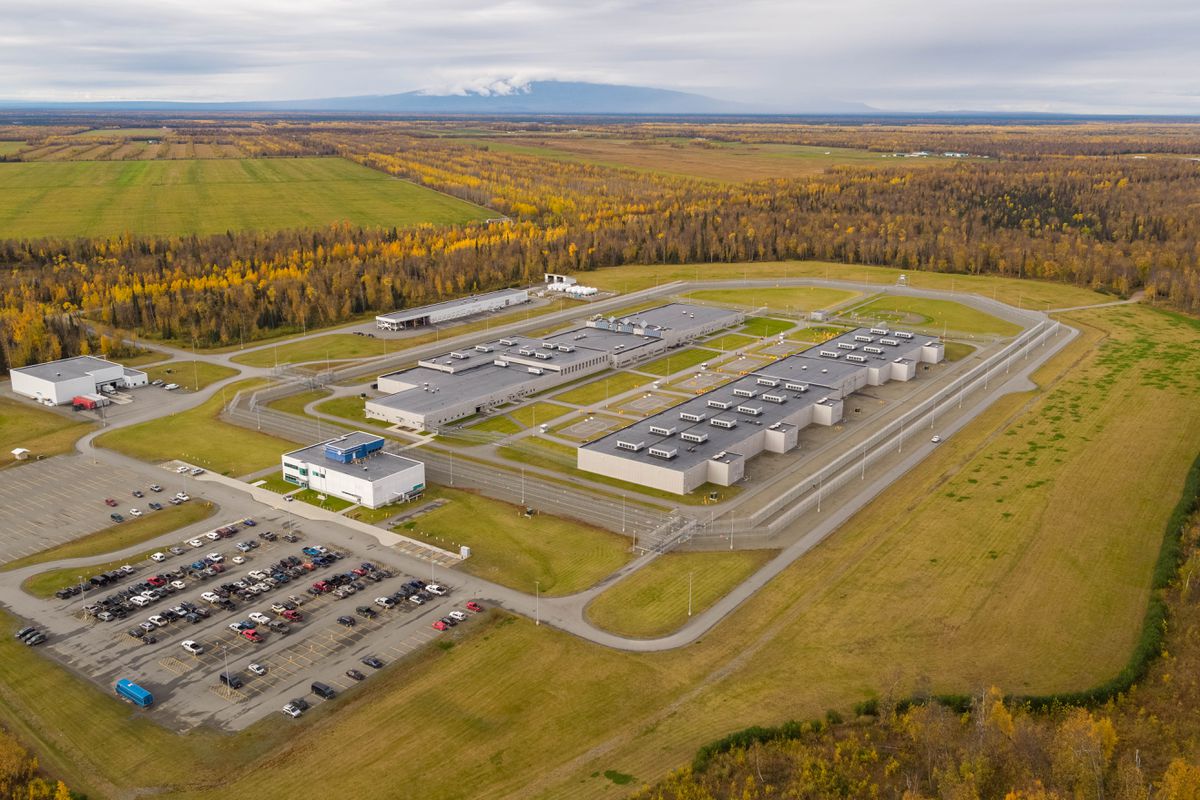 Alaska’s largest prison is now home to the latest outbreak of the coronavirus in the state’s correctional system.

Twenty-two inmates and five staff at Goose Creek Correctional Center near Wasilla have tested positive for COVID-19, according to Sarah Gallagher, a spokeswoman for the Alaska Department of Corrections. It’s not clear how many, if any, are showing symptoms of the virus, Gallagher said Monday. None have required hospitalization.

There are now two large COVID-19 outbreaks at the state’s prisons.

The other is at the Fairbanks Correctional Center, an overcrowded facility where the state in mid-October confirmed 33 people with the virus. As of this week, there were 88 inmates who tested positive — nearly a third of the prison’s total population of 275. None have required hospitalization.

Similar outbreaks have run through jails and prisons in other states, fueled by close living conditions, though often many inmates show few, if any, symptoms.

Still, the virus can prove fatal in correctional settings. Across the federal prison system, out of 1,796 inmates and 911 staff who tested positive, 130 inmates and two staff have died, according to the Bureau of Prisons.

Goose Creek is located on Point MacKenzie about an hour west of Wasilla, where COVID-19 cases are suddenly accelerating along with other parts of the Matanuska-Susitna Borough. Fairbanks also continues to see high numbers of cases that include an outbreak at the Pioneer Home that’s killed two residents.

“As we see these cases just surging in the community, it’s not a surprise to see it showing up in our institutions,” Gallagher said.

The Goose Creek outbreak was reported in one of the prison’s 10 “mods”: self-contained units, each with 64 cells and a day room with couches, a TV and games. The medium-security prison for men has a capacity of 1,535 inmates. There are currently about 1,350 housed there.

One inmate tested positive on Oct. 28, Gallagher said. Testing of the entire mod, which held 119 inmates, revealed the additional cases. The inmates who tested positive are in isolation in a different part of the prison reserved for that use, she said, and medical staff are checking on them multiple times a day. The other inmates in the pod — nearly 100 of them — are in quarantine.

The five staff members are isolating at home.

It wasn’t immediately clear where the outbreak started. The inmate who initially tested positive had probably been there for more than two weeks, because Goose Creek puts anyone transferred from another facility into quarantine for that long, Gallagher said.

“Normally there’s maybe one person who’s showing symptoms and it sparks the entire mod being tested which identifies 20 more positives that we had no idea,” she said.

On the advice of state public health officials, the prison will test inmates in the quarantined mod every three days until none test positive for two weeks.