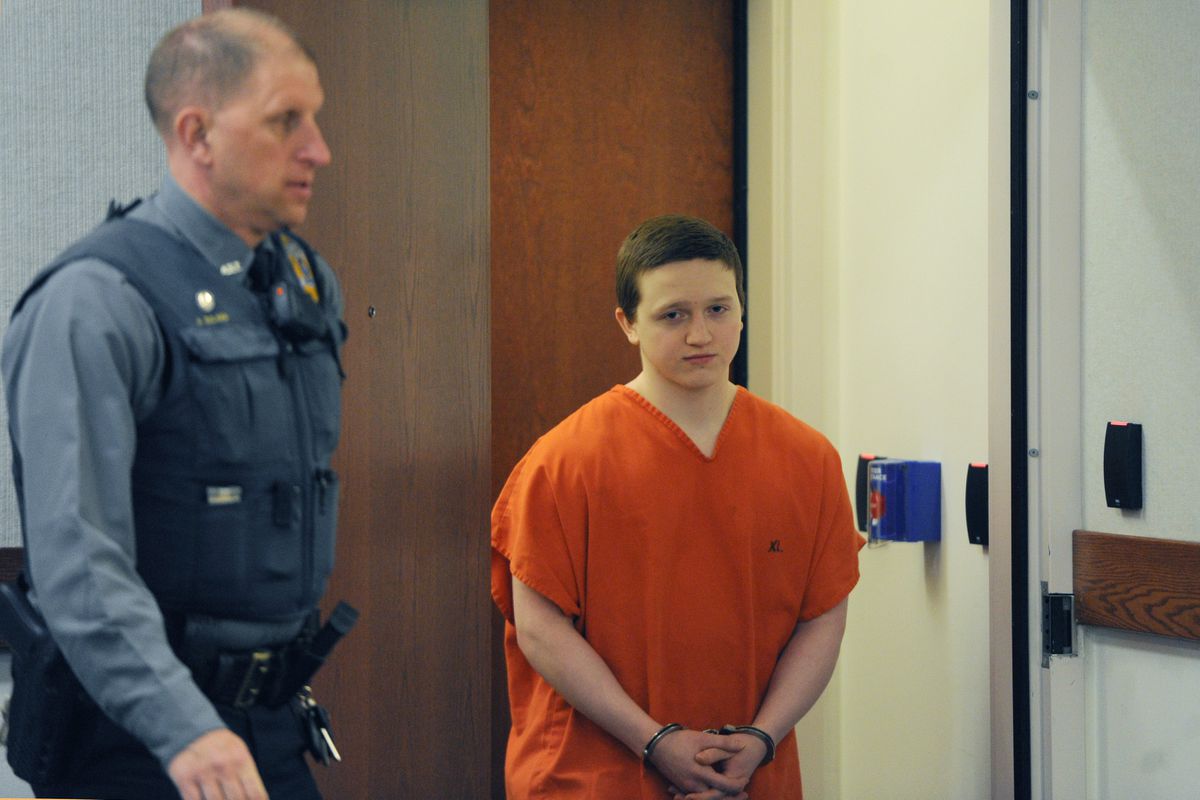 PALMER — Courthouse closures linked to COVID-19 precautions have delayed the sentencing hearings of three of four defendants convicted in the murder of 16-year-old David Grunwald four years ago.

Four men who were teenagers at the time — Erick Almandinger, Dominic Johnson, Bradley Renfro and Austin Barrett — were charged in Grunwald’s murder, which sent shockwaves through the Mat-Su community.

In November 2016, Grunwald was beaten in a trailer behind a Palmer home and then driven, bloodied and half-conscious, in his Ford Bronco to the Knik River, where he was shot and killed. The Bronco was torched near the Talkeetna Mountains. Grunwald’s body wasn’t found for 19 days.

A motive in the killing has never been made clear. Prosecutors also couldn’t prove who fired the fatal shot.

Barrett, 23, was sentenced in November to 45 years in prison as the result of a plea deal. A judge dismissed the murder indictment against him after ruling law enforcement violated his right to remain silent during an interview.

Almandinger, Johnson and Renfro remain jailed on murder convictions and are awaiting their own sentencing rulings.

During a series of hearings held by phone Wednesday, Palmer Superior Court Judge Gregory Heath scheduled only Johnson for sentencing, in early May.

The court system is closed for in-person hearings until at least March, said Heath, who is retired but continues to preside over this case. More information about when the courts might reopen should be available in the next month or two, he said.

Attorneys for the other two defendants say they’re still finishing psychological evaluations for their clients.

Renfro’s attorney said his expert is reluctant to do a final follow-up given the COVID-19 situation and asked about the possibility of a secure Zoom meeting from jail. Heath said he expects another status hearing in March in that case.

Almandinger’s attorney, John Putikka, said his University of California expert doesn’t want to travel given pandemic concerns but wants to interview his client in person. Another expert at the same university isn’t licensed in Alaska and Putikka said he’s struggling to reach the state’s psychology board about a temporary waiver.

Almandinger, the first of the four convicted, was the only one who knew Grunwald. The beating occurred in a trailer behind his house. He was originally scheduled to be sentenced last year.

“This same excuse has been going on a long time,” Grunwald’s mother, Edie, wrote in a message. “Not saying it is not valid, but there needs to be some solid due-by dates. I am an outsider like the rest of us looking in and it is a bit frustrating.”