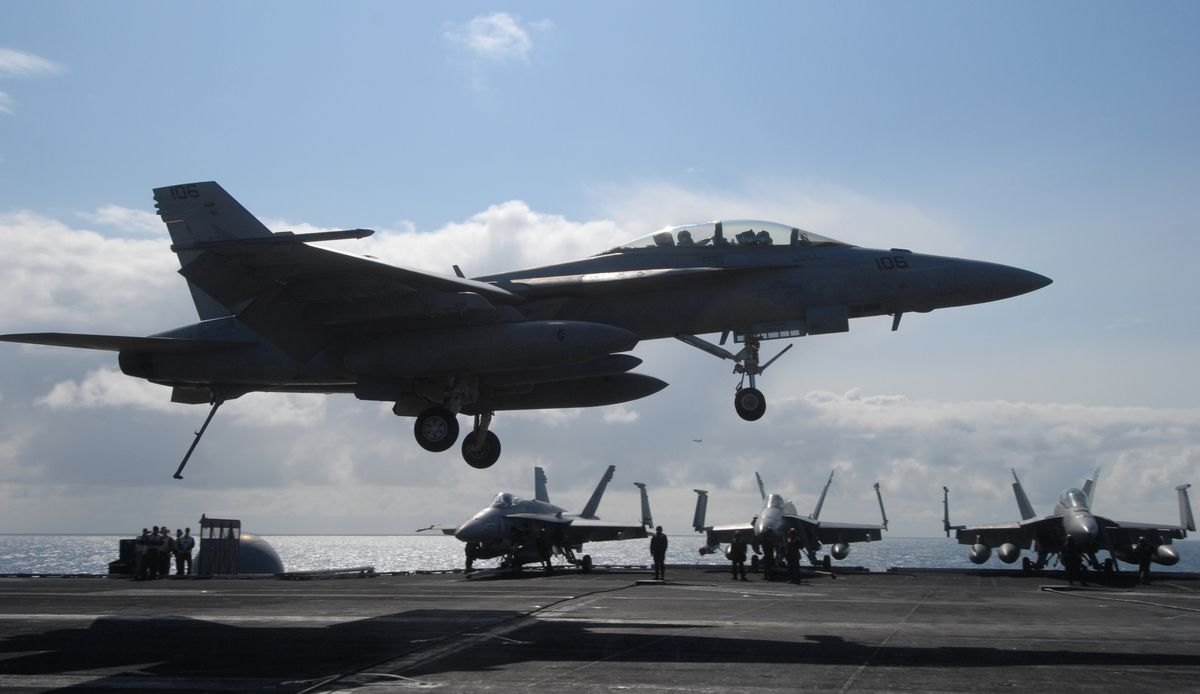 A record of decision announced Monday by the Navy gave approval for the marine portion of Northern Edge. The exercise, which involves the Army, Air Force, Coast Guard, Navy and National Guard, is scheduled to start May 1 and run for 12 days. It encompasses training activities on land, in the air and at sea over a broad swath of Alaska territory. It is the largest military exercise in Alaska this year and will involve 6,000 people, according to the Alaskan Command, which is hosting it.

The Navy, the agency in charge of environmental review of the marine portion of Northern Edge, opted in its record of decision for some tighter limits on allowable Gulf of Alaska activities than those proposed in a supplemental environmental impact statement issued last year.

The decision allows one large-scale Carrier Strike Group exercise, with associated antisubmarine warfare and live-sonar activities, to take place each year. In contrast, the preferred alternative that had been proposed in the supplemental EIS released by the Navy last year would have allowed two such exercises, plus up to two sinking exercises.

The approved alternative has fewer potential noise impacts and other disturbances to marine mammals, according to the supplemental EIS. It was chosen over the earlier preferred alternative "following careful and thorough consideration of the Navy's future training needs in the GOA to support joint training activities," the record of decision said.

Although the decision authorizes the activities to happen annually and allows them to occur for 21 consecutive days each year, the Northern Edge exercise is generally held every two years and over fewer days each time.

The Northern Edge activities have been controversial in Gulf of Alaska towns, where local residents are dependent on fishing. Local governments and groups have called for Northern Edge to be rescheduled to a time later in the year to avoid conflicts with the fishing season.