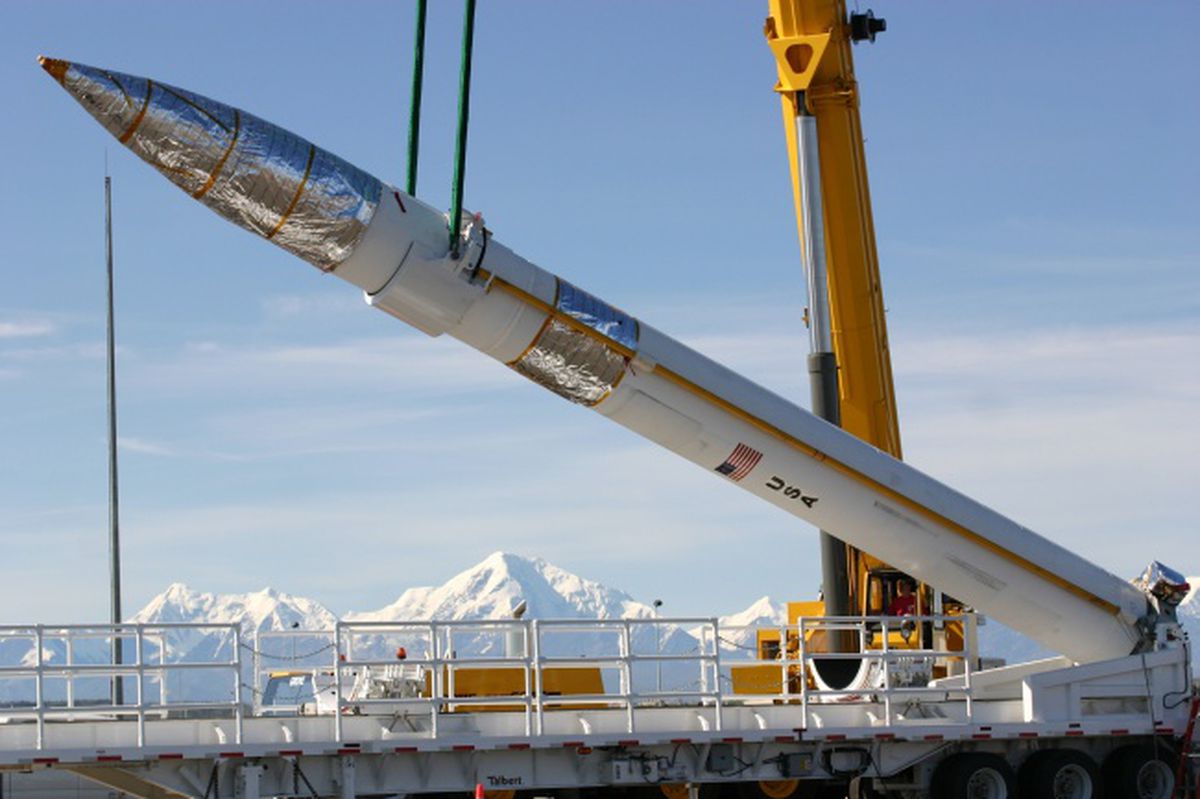 While the Republican tax overhaul was dominating year-end headlines, a major piece of bipartisan legislation became law that also has significant implications for Alaska.

Broad support of the annual defense funding bill is nothing new, but wrapped in this NDAA is nearly every provision of Sen. Dan Sullivan's Advancing America's Missile Defense Act.

The missile defense provisions in the NDAA will not only improve national security, but should be a boon to Alaska contractors as well, Sullivan said in a late December interview with the Journal.

That's because the NDAA calls for 20 new intercontinental ballistic missile, or ICBM, interceptors at Fort Greely near Delta Junction. Another eight "spare" interceptors, set aside for testing the ground-based interceptor system, will also be deployed, according to Sullivan's office.

His original bill called for installing 14 interceptors and 14 test missiles.

The latest round of interceptors is in addition to 14 the Pentagon decided to add in 2013 to the original 26 at Fort Greely. The last of those 14 were installed last November.

The interceptors are the country's primary defense against ICBM threats from North Korea and Iran.

Another of Sullivan's provisions in the NDAA directs studies to identify a Midwest or East Coast missile defense site and evaluate the necessity of up to 104 ground-based interceptors at installations across the country.

Overall, the nearly $700 billion in the NDAA is $26.2 billion more than the administration's request and includes $12.3 billion for the Missile Defense Agency, which is also $4.4 billion above what President Trump asked for and the largest Missile Defense appropriation ever.

Sullivan said it reflects the bipartisan support to restore defense funding after it declined from 2010-2016 because of budget sequestration — a bipartisan mistake, he added.

The $200 million needed to construct a new missile field at Fort Greely that was authorized in the NDAA was also one of the only additions to the otherwise status quo continuing budget resolution Congress passed Dec. 22, Sullivan noted.

The NDAA also includes another $168.9 million for construction projects at Eielson Air Force Base in Fairbanks in preparation for the two squadrons of F-35 fighters scheduled to arrive at the base starting in 2020. More than 2,700 personnel will accompany the fighters, according to Defense reports, and preparing Eielson for the squadrons is estimated to cost a total of $453 million and generate more than 2,300 construction jobs in the state.

Some of that money from prior appropriations is already flowing to Alaska.

"In the three years I've been on the Armed Services Committee we've had over $1 billion of authorized military construction in Alaska — a billion," Sullivan said. "That's really good for the national security of the country but those are really, really good jobs for Alaskans."

He added that leaders of the U.S. Army Corps of Engineers have assured him much of the work at the Alaska military installations will go to Alaska contractors.

"I also think it's good for taxpayer spending to make sure this money goes to Alaskan contractors, unions, companies, because they know how to do it better than a contract team from Georgia; they know how to work in 40 below," Sullivan said further.

In addition to the work at Eielson and Fort Greely, the Missile Defense Agency is in the midst of spending another $325 million over six years at Clear Air Force Station just south of Fairbanks.

Clear is a radar base near Nenana along the Parks Highway.

The money there is going toward installing a new power plant and missile detection radar system.

Clear Air Force Station is on the electrical grid; however, the upgraded power plant is a backup facility that will be protected against electromagnetic pulse weapons that could be used to render electrical systems useless, according to former MDA Director Vice Admiral James Syring.

The Long Range Discrimination Radar being installed at Clear — expected to be done in the early 2020s — could be part of an integrated, space-based ICBM detection system, which Sullivan likes to refer to as an "unblinking eye," he said.

Another of his missile defense amendments to the NDAA mandates creation of a plan to develop and deploy such a missile detection system.

The military construction boom around Fairbanks comes just a few years after the Air Force was considering moving the F-16 Aggressor squadron from Eielson to Joint Base Elmendorf-Richardson in Anchorage. City leaders in Fairbanks said the move would've crippled the community's economy and ostensibly made Eielson obsolete without officially closing the base.

The Air Force dropped the plan to move the F-16s off Eielson in late 2013.

More recently, the Alaska congressional delegation and Anchorage leaders pushed back against an Army proposal to cut the 4th Infantry, 25th Brigade, also known as the 4-25, from Fort Richardson in Anchorage. Citing the state's strategic Arctic location, emerging threats in the Pacific theater and the 4-25 status as the only Airborne Brigade in the region, the delegation convinced the Army to delay any force reduction in Alaska.

The turnabout in the Pentagon's plans for Alaska has made Alaska the "cornerstone of missile defense, the hub of combat power for the Asia-Pacific and the Arctic," Sullivan described.

With the F-22s stationed at JBER, the state will soon be in the unique position of having more than 100 modern fighters once the F-35s land at Eielson.

"No place in the world has 100 combat-coded fifth-generation fighters — those are F-22s or F-35s," Sullivan said.