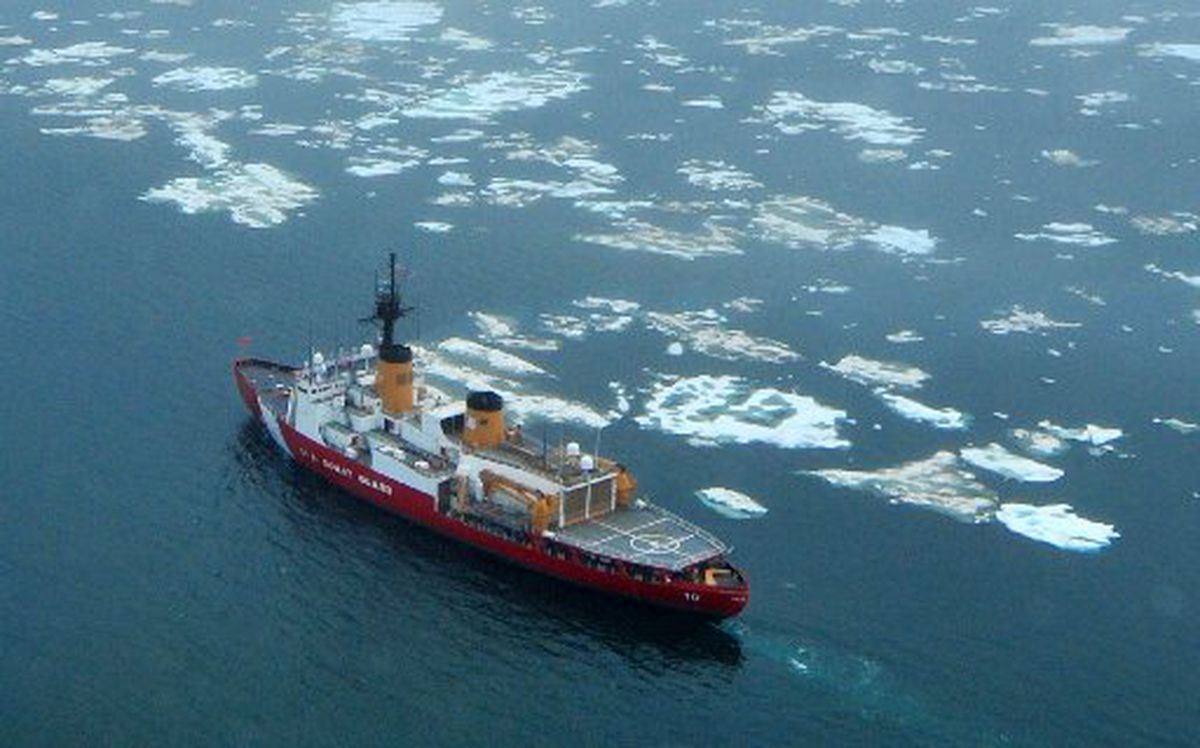 It’s the first time in 40 years the nation is building a new icebreaker, and more will be built in the future, Sullivan, R-Alaska, said Thursday. The appropriations bill also includes $20 million to begin acquiring materials for a second icebreaker.

“It’s a big deal,” Sullivan told reporters after giving an address to the Alaska Legislature.

The bill also provides money for new cutters, including four, 154-foot fast-response cutters for Alaska, his office said. Two will be stationed in Kodiak, and one each in Seward and Sitka.

Alaska has more coastline than any other state but relatively few Coast Guard personnel and resources, said Derrik Magnuson, the former chief of port services for the Coast Guard base in Kodiak.

“The more Coast Guard the better, especially because of the distances and the weather in Alaska,” said Magnuson, now the city of Kodiak’s harbormaster. “It can be pretty gnarly out there.”

As for the icebreaker, Sullivan said it’s sorely needed.

Sullivan pointed out that U.S. Navy Secretary Richard Spencer plans to send one or two large Navy ships “up and over the pole” to defend U.S. sovereignty in the Arctic, in what’s called a “freedom of navigation operation."

That effort will happen in the coming months, and will be a first for the region, The Wall Street Journal reported in January, interviewing Spencer.

Such missions can benefit from the presence of icebreakers, Sullivan said. The U.S. icebreaker fleet is vastly outnumbered by its Russian counterparts.

The new icebreaker’s home port hasn’t been determined yet, said Mike Anderson, a spokesman for Sullivan. The Coast Guard wants to start building it this year and launch it in 2023, Anderson said.

Sullivan said in a statement Wednesday that the appropriation shows an important commitment from the nation’s leadership in D.C.

“With this appropriation, Congress and the Trump administration are acknowledging that Alaska is America’s Arctic, a fact that is important to our broader national security interests," Sullivan said.

The spending bill also includes $53 million to support construction of facilities, with $31 million for Coast Guard facilities in Seward and $22 million for Kodiak.

Magnuson, from Kodiak, said local contractors and the shipyard where boats are maintained will benefit from more work after the two new boats arrive.

Seward Mayor David Squires said Thursday that the Coast Guard will decide how to spend the money to support the new cutter for Seward. He said it could lead to a new building and dock across Resurrection Bay near the Seward Marine Industrial Center, where vessels are repaired and maintained.

“We’re very excited about increasing the amount of Coast Guard presence in our community,” Squires said. “Personally, I’d like to see two new ones here, but I’m not the one who makes those decisions."

Anderson said the state’s delegation worked together to secure the money, with Rep. Don Young, R-Alaska, a key partner in the House.

Sullivan, in a statement, said: “I was glad to have the opportunity to use my leadership role on the Commerce and Armed Services Committees, in conjunction with Senator Murkowski’s work on the Appropriations Committee, to secure America’s first new polar icebreaker in a generation and the needs of the Coast Guard in Alaska.”