Exercise expected to bring increase in air traffic near JBER 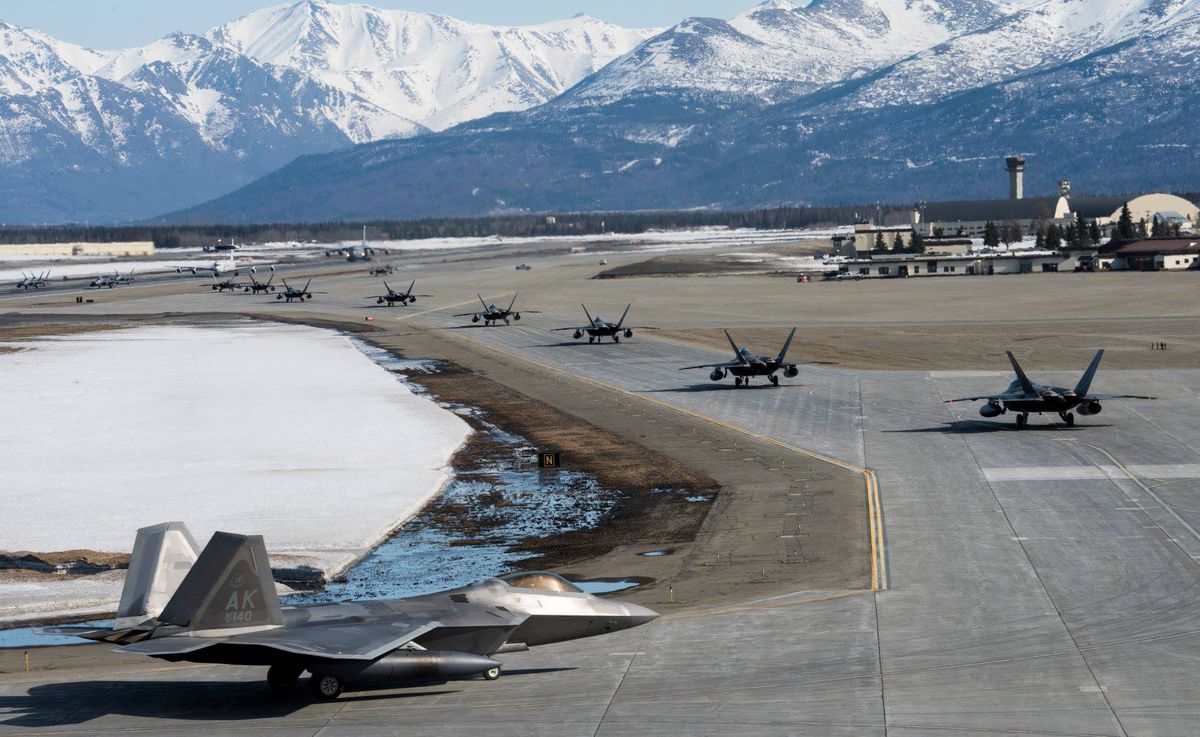 Anchorage residents can expect to see and hear plenty of military air activity through the first week of April as Joint Base Elmendorf-Richardson conducts its two-week Polar Force exercise.

The massive exercise “gives squadrons an opportunity to demonstrate their abilities to forward deploy and deliver overwhelming combat airpower,”according to a Facebook post by the Air Force’s 3rd Operations Group, which included photos of a close formation taxi “elephant walk” showing 24 F-22 Raptors, a C-17 Globemaster III and an E-3 Sentry aircraft on the runway.

[Click here to see a video of the “elephant walk”]

“It gives us the opportunity to demonstrate our ability to execute our wartime taskings,” said 3rd Operations Group deputy commander Lt. Col. John Krellner in a video interview posted by the Air Force.

He said the exercise serves a highly valuable training role.

“We accomplish quite a bit with the Polar Force exercise,” he said “No. 1 is we stress the system.”

Krellner said people living nearby “may see a little bit of an increase in flying activity” in above what’s normal for the busy joint base, which is home to both Elmendorf Air Force Base and the Army’s Fort Richardson.

“It takes an immense amount of logistical resources, support resources to pull together an organization such as an F-22 squadron or an E-3 squadron to get them out the door.”

However, he said most of the work that’s being done is on the ground rather than in the air.

“Flying the airplane out is the easy thing. It’s all of the airmen that do the work to get the airplane ready to go, to do the logistics, to get all the equipment sent downrange, to get all of the medical processing et cetera, that’s really where a lot of the heavy lifting is here,” he said.

The exercise is expected to last through April 5.