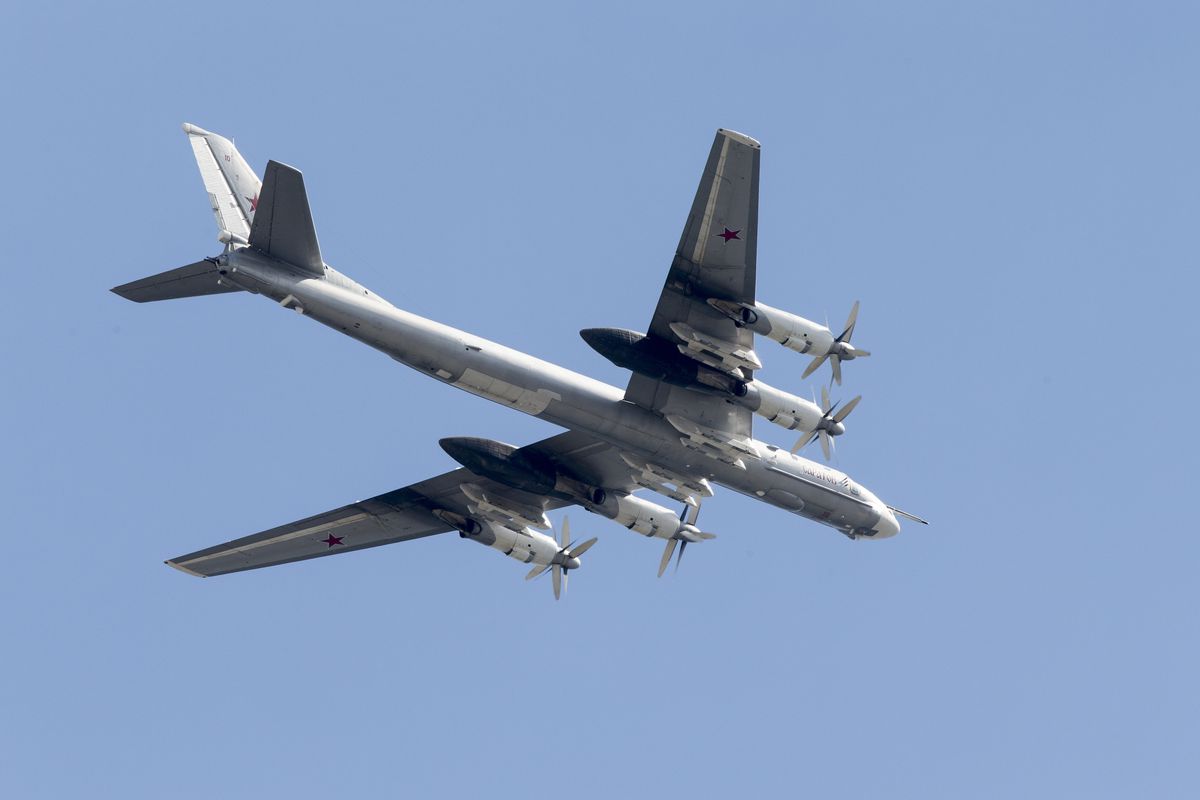 WASHINGTON — American and Canadian fighter jets intercepted a pair of Russian Tu-95 Bear bombers in international airspace off the coast of Alaska on Thursday, according to the North American Aerospace Defense Command.

Two U.S. F-22 Raptor stealth fighter jets and two Canadian CF-18 Hornet fighters on Thursday morning intercepted the long-range, nuclear-capable Russian bombers north of Alaska over the Beaufort Sea, NORAD said in a statement. The Russian aircraft were within the Alaskan and Canadian Air Defense Identification Zones, which stretch roughly 200 miles from the U.S. and Canadian coasts. Both nations expect aircraft entering the area to positively identify themselves in the interest of national security.

This marked the second time this month that Russian aircraft were observed in the area. NORAD said two Tu-142 Russian maritime reconnaissance anti-submarine warfare aircraft entered the zone west of Alaska on Aug. 1, but they were not intercepted at that time.

The command released photographs of the incident showing the fighters flanking the Cold War-era, quad-propeller bombers.

Russian military aircraft flying near the United States is not uncommon. The two August incidents are the first reported by the U.S. military since May, when F-22s intercepted Russian Bear bombers and Su-35 Flanker fighters on May 20 and May 21. A similar intercept was reported in January.

The United States conducts flights near Russian airspace on a regular basis at times. U.S. defense officials, however, have sometimes raised concerns about the Russian response to such flights, accusing pilots of conducting unsafe or unprofessional intercepts.

On June 4, the Pentagon accused a Russian pilot of making a “high speed pass” about 150 feet directly in front of a Navy P-8A Poseidon maritime surveillance and anti-submarine plane, putting the aircraft’s “pilots and crew at risk,” according to a Navy statement.

O’Shaughnessy stated in April in written testimony to Congress that Russian aircraft patrols near American and Canadian airspace “have grown increasingly complex in recent years.”

The general warned Russian leaders were unlikely to back off those flights, which he said were meant “to underscore Russia’s capabilities.”

“Russian bomber crews are demonstrating increasing proficiency in their flight activities, developing a new generation of air crews capable of employing this highly visible implement of Russian deterrence and messaging in peacetime, crisis, and war,” O’Shaughnessy wrote to lawmakers.