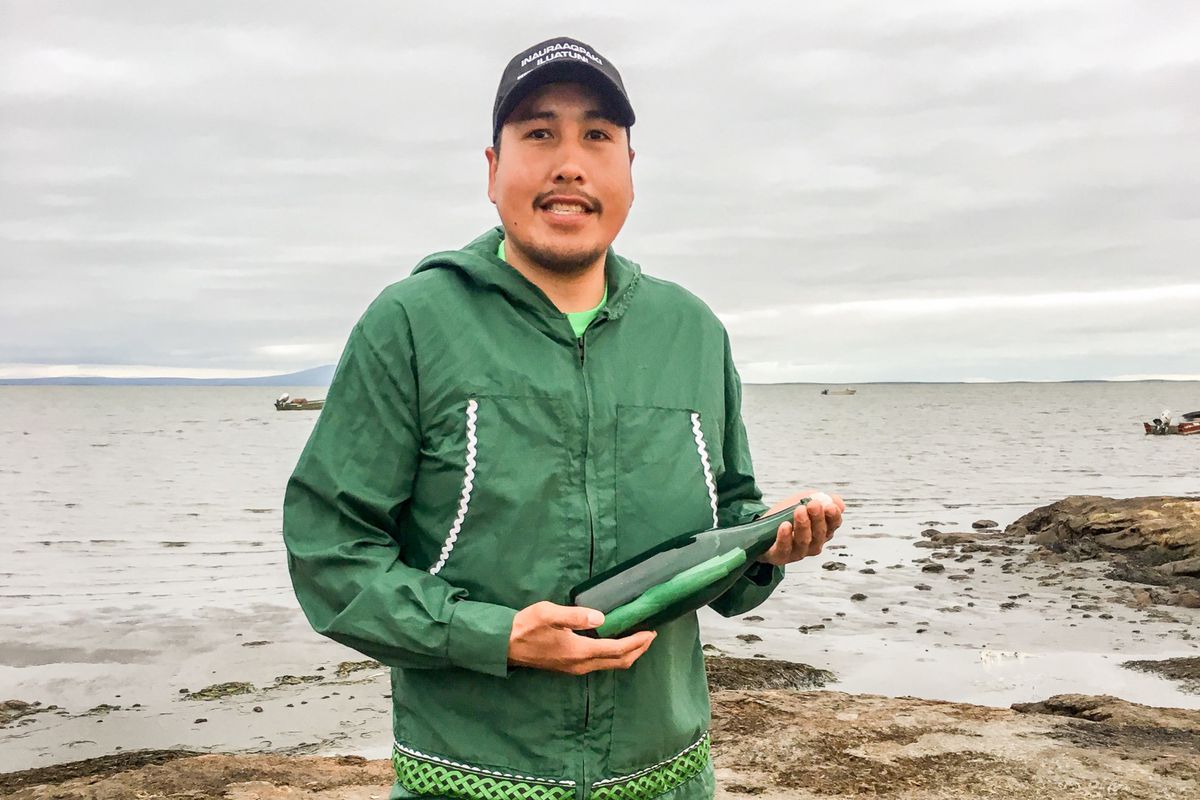 NOME - It isn’t every day that a 50-year-old message in a bottle washes up on the shores of Western Alaska. But that’s exactly what happened for Tyler Ivanoff near Shishmaref on Aug. 5.

“I was just gathering firewood; everyone was just kind of picking berries. I just happened to stumble across the bottle, and I noticed it was a green bottle and had a cork top. Not really cork, it was a tight cap, and I could see inside the bottle there was a note.”

“My kids were pretty excited. They were wondering if it was a pirate’s note or treasure,” Ivanoff said.

But the find didn’t reveal a map leading to buried Spanish galleons or the Fountain of Youth. The first piece of paper was blank, protecting a handwritten note on the second one.

“The paper had Russian writing. I noticed it because I took Russian in college and in high school.”

I found a message in a bottle today. Any friends that are Russian translators out there?

The writing was almost perfectly preserved, so Ivanoff could make out the letters, but the translation was a bit beyond his ability.

Last Monday, he shared his discovery on Facebook. In 2019, internet posts travel a bit faster than bottles through the ocean, so in three days it had over one thousand shares.

Russian speakers got ahold of the post on multiple social media platforms and have translated the message in the bottle to be a greeting from the Russian navy, dating back to 1969. It has an address and a request for a response from whomever finds it.

Soon, it caught the attention of Russia 1, the state-owned Russian media network, whose reporters tracked down the letter writer himself: Capt. Anatoliy Botsanenko.

Last week, they visited Botsanenko at his home in Crimea to tell him the news and provided KNOM with a rough translation of their conversation:

“It looks like my handwriting. Really … looks like. But I’m not sure. Wait … For sure! East industry fishing fleet! E-I-F-F!”

In the news report, a reporter holds up his phone to show the elderly captain the image of Ivanoff’s find. The man begins to tear up when he recognizes his words from decades ago. He claims that at one point during that time in his life, he was the youngest captain in the Pacific, at just 33.

The message that washed up near Shishmaref says it was sent from the Sulak, a ship whose construction Botsanenko told reporters he oversaw in 1966 and that he sailed on until 1970.

Ivanoff isn’t sure if he’ll answer the request to send a letter back. But it has given him some inspiration to keep the nontraditional method of communication going.

“But that’s something I could probably do with my kids in the future. Just send a message in a bottle out there and see where it goes,” he said.

This article was originally published at KNOM.org and is republished here with permission.