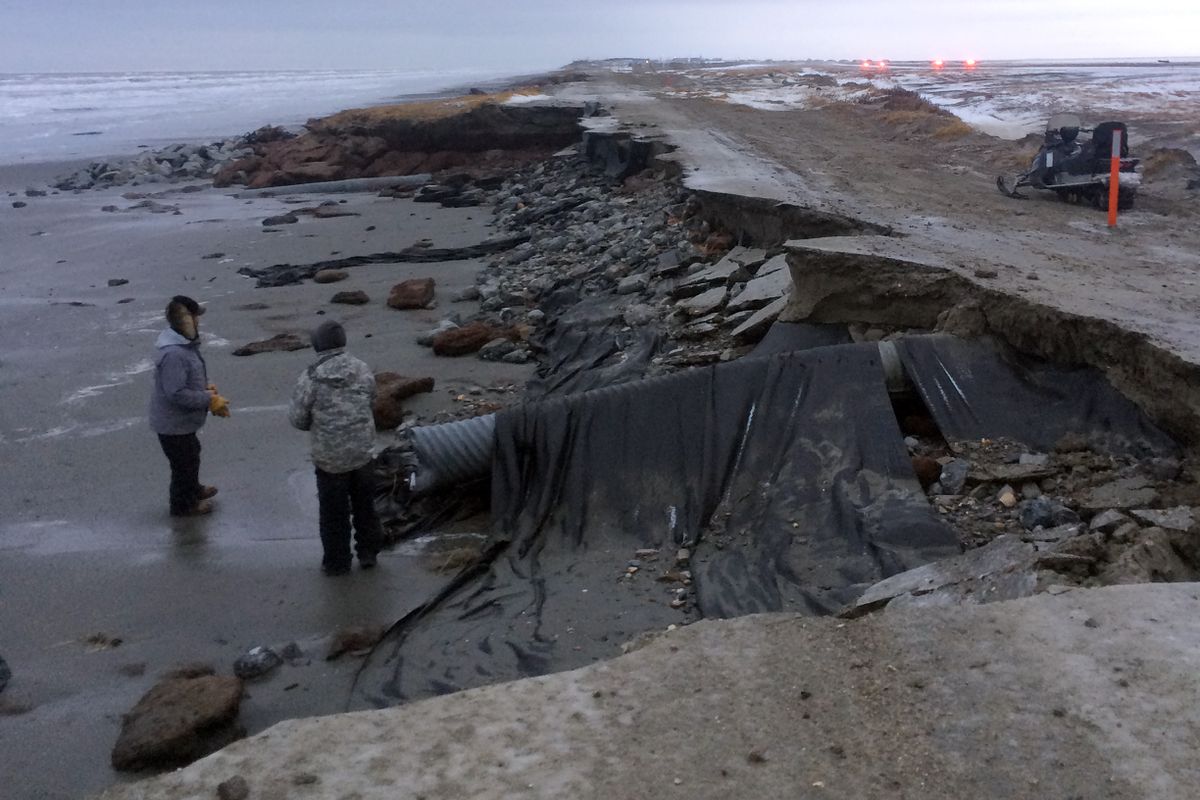 The Army Corps of Engineers and researchers at the University of Alaska Fairbanks conducted the study for the Denali Commission's Village Infrastructure Protection Program.

The three-year, $700,000 study examined 187 communities, primarily in Western Alaska, that are on or near the coast or a river, officials said.

The report ranks the existing danger levels from flooding, erosion and permafrost degradation.

The report may help residents determine the biggest threats facing the infrastructure of their individual communities, said Don Antrobus, a Denali Commission program manager. "In order for communities to develop good solutions, they need to fully understand the site-specific threat," Antrobus said.

More specific information is needed, and the rankings are complex. The report combined the threat categories for each community to determine those facing the greatest danger.

"There is a little bit of uncertainty based on that availability of data, so it shouldn't be taken as hard and fast," Antrobus said.

Shaktoolik and Shishmaref near the Bering and Chukchi seas were named as the two most threatened communities after enduring catastrophic erosion and storms. Shishmaref has considered relocation as dwindling sea ice provides less protection for the shoreline, the report said.

Newtok and Napakiak in the Yukon-Kuskokwim Delta are facing full moves or building relocations due to riverbank erosion, the report said.