Richard Beneville, the exuberant and colorful mayor of Nome, dies at 75 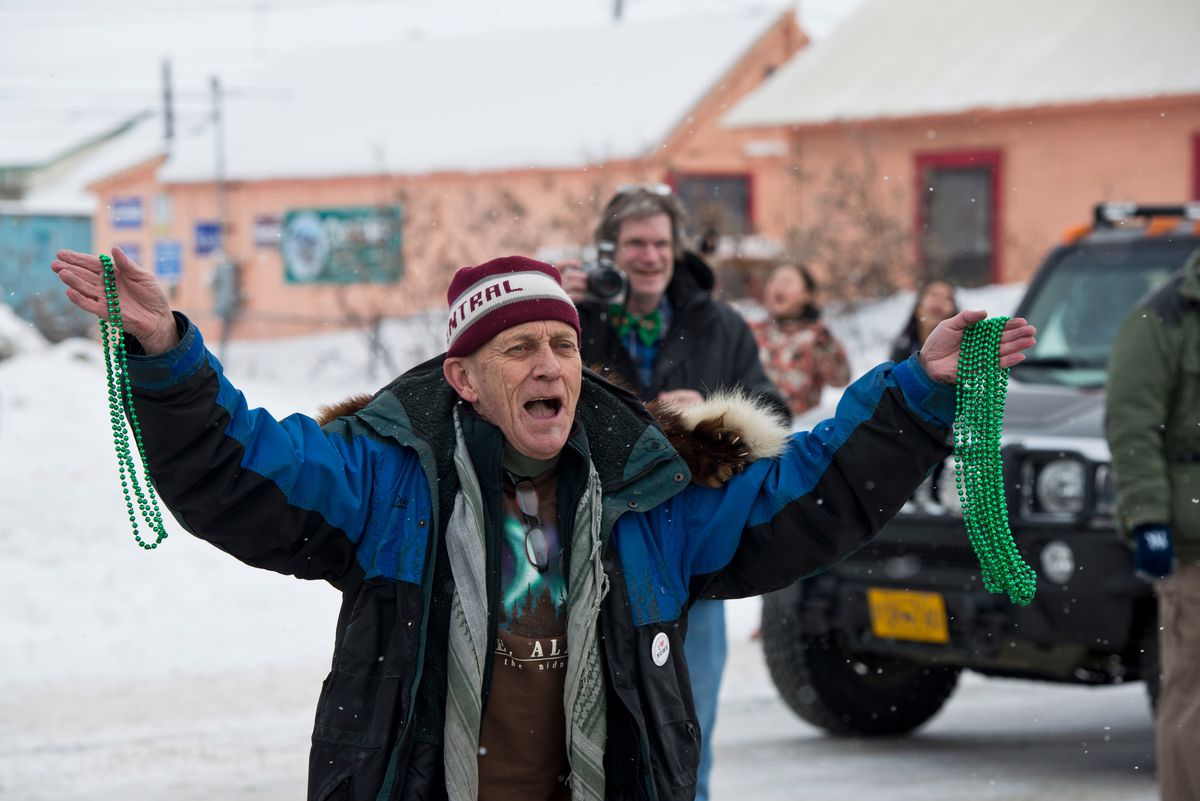 He had tested negative for COVID-19 on Friday.

Beneville, 75, was first elected mayor in 2015 and was serving his third term. He was known for his flamboyant and outgoing personality, unconditional love for the town and his tireless work to revitalize arts in the community, said Jamie Burgess, superintendent of the Nome Public Schools.

“For many people, he was kind of the face of Nome," she said. “He loved it here and he was a big proponent of it. ... I think he always felt that the community accepted him and supported him and he wanted to give that back wholeheartedly. And he really, truly did.”

Beneville worked as an actor in New York City before moving to Utqiagvik in 1982, according to the city website. Beneville served on the board of the Nome Arts Council for 20 years and mentored many in the community, the council said in a Facebook post.

“Richard’s wisdom, leadership abilities, generosity, kind heart, and open spirit will be sorely, sorely missed,” the council wrote. “We can envy the lucky folks on the other side who get to see what kind of show he puts on next.”

Beneville helped produce more than 30 plays, and Burgess said he revitalized musicals and fostered the arts.

“He had a huge impact for a lot of people because they got the opportunity to come out and showcase their talents and in some cases discover talents that they might not have realized they had before," she said. “I think it’s kind of unusual to me to find one person that touches so many people in a small community in so many different ways.”

Beneville found his way to Alaska when his family bought him a one-way ticket to stage an intervention for his drinking, he told the Daily News in 2016.

He made his way to Nome in 1988 and got sober shortly after.

Beneville worked for Alaska Commercial Co. and then spent 23 years working at Nome Public Schools, where he served as the community school director. Beneville founded Nome Discovery Tours in 1994 and remained the primary tour guide, despite selling the business in 2018, the city website said.

NOME MAYOR RICHARD BENEVILLE PASSES AT AGE 75 NOME, ALASKA – The City of Nome is saddened at the news Mayor James...

Beneville was elected as the town’s mayor in 2015 and took the position very seriously. Burgess said he saw himself as an ambassador for the community.

“He was one of the best mayors I’ve every worked with because his only concern was for the city of Nome and its residents,” said City Manager Glenn Steckman.

Beneville established a public safety advisory commission in Nome, and former mayor John Handeland said he was instrumental in helping establish similar commissions throughout the state. Beneville was a strong advocate for the development of an Arctic deep draft port, also.

Handeland said Beneville was “one of the biggest cheerleaders for the community, both here locally and on a national and international front.” He’d planned to run for a fourth term as mayor in the fall, Handeland said.

Beneville was never without his “I love Nome” button and always had extra on hand to pass out, the city said. He was a warm, genuine man who enjoyed talking to everyone, Burgess said.

Beneville was known for shouting “Hello Central!” as he greeted people. The phrase came from the old operator’s assistance line at central exchange before people could dial direct phone calls. The city said it was one of the last phrases he said before he died.

“'Hello! Central!' My friend Richard was as colorful as Nome, as tough as Nome, and as remarkable as Nome,” Anchorage Mayor Ethan Berkowitz said in a statement. “I am going to miss him for his exuberance, his warmth, his humor and for his perseverance."

Beneville had experienced health complications over the last few months and Steckman said a stroke prevented him from traveling to Washington, D.C. in February for an advocacy trip. He was determined to make it to the start of the Iditarod in March and had recovered enough by then to greet the mushers in downtown Anchorage.

“He told me ‘I’m going to the Iditarod, come hell or high water,’” Handeland said. “I think it was good for him and the community. I saw the spark in his eyes there as he got to see some of the friends he’d made throughout the years.”

Gov. Mike Dunleavy visited Beneville in the hospital several weeks ago. They had a long talk, the governor said Monday. The two became acquainted years ago during Dunleavy’s first teaching job in Koyuk, a Seward Peninsula village about 90 air miles from Nome.

Dunleavy called Beneville a beloved fixture in the state and in Nome.

“I would say that the mayor was quite a character, in the most positive sense,” he said.

Steckler said the community is shocked and saddened by Beneville’s death but his legacy will be remembered for decades to come.

“We will elect another mayor in due time, but I don’t know if we’ll ever find anybody else that had that unique blend of big personality, warm heart and really strong dedication to the town," Burgess said. "I think that is kind of a unique combination and there probably won’t be anybody quite like him.”