Fort Yukon and Copper River communities avoided coronavirus for months. Now cases are rising in both. 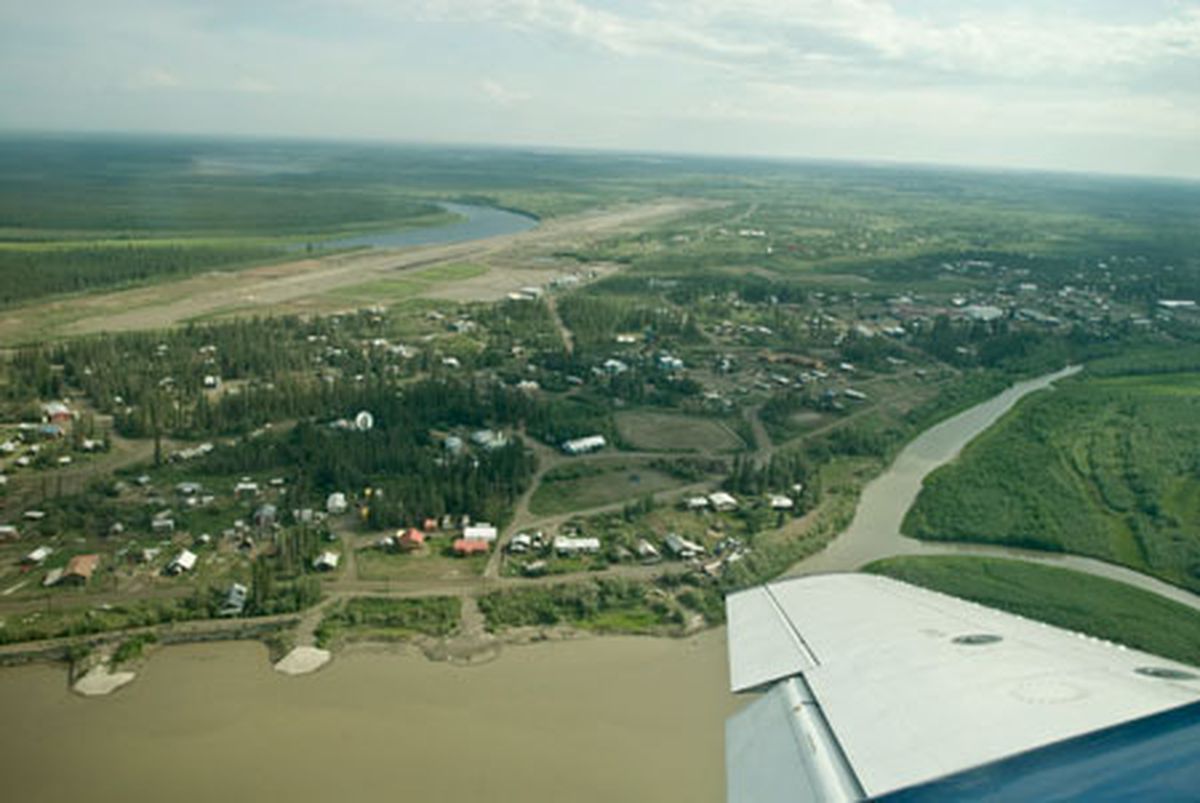 Nearly two dozen coronavirus cases have popped up in the past 10 days at Fort Yukon after community leaders took extreme measures months ago to avoid the disease.

Like other rural villages scattered around Alaska, leaders in March imposed travel bans and other restrictions far beyond those imposed by the state to protect residents in a place without an emergency room.

Fort Yukon, an Interior community of about 600 on the Yukon River 145 miles northeast of Fairbanks, reported 21 new cases as of Tuesday morning.

The first person with symptoms appeared this week — someone sick enough to get medevaced on Monday, according to City Manager Andrew Firmin. The individual had to be airlifted to a hospital because the local clinic doesn’t have any ventilators.

“We’re not set up to intubate anybody,” Firmin said. “We have excellent medical staff but we’re almost on ‘It’s Motrin or medevac.' There’s no extended-care specialists or anything like that.”

But the news isn’t necessarily as alarming as it sounds, local residents said. The community performed roughly 150 tests. That’s about a quarter of the population. The positive numbers account for between 3% and 4% of all residents.

Fort Yukon, the state’s largest Athabascan village, is made up of many extended, multigenerational families under one roof, said Dacho Alexander, a council member of the Gwichyaa Zhee Gwich’in Tribal Government.

“This is kind of what we had suspected from the beginning, because of the way village life is so intertwined with friends and family: once it did arrive, it would spread like wildfire. Which it has indeed,” Alexander said. “It was something that we were trying to avoid but we knew that it was just a matter of time before it did arrive and these types of numbers would appear.”

The community had access to two rapid testing machines, one donated by the community of Venetie, he said. The high testing level reflected several factors: tests on people considered close contacts of a positive case from another community; screening for essential workers; and the expansion of testing to the city’s various workforces, from tribal and city governments to the local fuel supplier.

The Fort Yukon cases aren’t specifically listed on Alaska’s COVID-19 dashboard where health officials post daily updates on COVID-19 cases. Instead, the city’s statistics are included in the Yukon-Koyukuk Census Area, where the state identified 29 cases as of Tuesday. Other communities, like Circle, have some cases as well.

Fort Yukon in March adopted aggressive measures in hopes of keeping out coronavirus: no travel except for cargo, essential workers, medical and law enforcement. Other measures still in place include a 14-day quarantine for travelers, masks required for anyone leaving their yard, a shelter-in-place order, and a curfew between midnight and 6 a.m. Patrols previously on snowmachine and now boat watch for incoming visitors. People at the airport watch for private planes.

Fort Yukon reopened for travel in mid-June and shut it back down again two weeks later, Firmin said. That’s when COVID-19 cases were reported in Circle. Then Fort Yukon’s cases began rising.

Now it’s hard enforcing quarantine due to state confidentiality policies that keep authorities from knowing just who is sick, Firmin said. The liquor store is closed, the gas station is curbside service only, and the Alaska Commercial Co. store is open but the city is discussing asking them to close temporarily too, he said.

On Tuesday, the Fort Yukon post office was only letting in one person at a time, said Hans James, a city council member who manages the local radio station, where he started daily COVID-19 updates a week and a half ago.

The sources of the local infections aren’t certain. People are congregating more, Firmin said. There have been several funerals in the area.

“I wouldn’t blame that only on funerals,” Firmin said, adding that there are still essential workers coming into town. “Then you have people that just don’t care about the rules and are coming and going just as they please.”

Statewide COVID-19 case counts are spiking, with most of the new cases in Anchorage and in younger people, though so far hospitalizations aren’t rising as quickly. The state hit a new daily high Monday with 141 confirmed infections in Alaskans and nonresidents. Another 109 new cases were reported Tuesday.

Most of the big numbers are in urban areas. But Fort Yukon isn’t the only rural area seeing a sudden rise in confirmed cases.

More than two dozen people have tested positive for the coronavirus in the Copper River region, including 15 new cases in the past week, according to the Copper River Native Association, which expects those numbers to rise.

The state counts Copper River resident cases in the Valdez-Cordova Census Area, local officials say. As of Tuesday, a category designated “other” in that section showed one new case and a total of 12. The state generally uses that category for any communities smaller than 1,000 people to protect patient confidentiality.

The state numbers won’t match the ones reported by the Native association.

Local tribal and health officials are tracking the virus based on positive tests administered in the region, and not the hometowns of the people who test positive like the state does, according to Melanie McGinnis, public information officer for the Copper River Native Association. The data comes from the association, Glennallen-based Cross Road Medical Center, and Gakona-based Mt. Sanford Tribal Consortium.

The Copper River region includes a combination of smaller villages such as Gulkana and Gakona; larger communities like Glennallen, a Glenn Highway hub; the dipnet fishing destination Chitina; and the Wrangell Mountains hamlet of McCarthy, which along with a small year-round population attracts summer visitors and urban Alaskans with seasonal cabins.

The intent of posting testing data is to let community members know positive cases spent time there — regardless of what address their driver’s license shows, McGinnis said.

“Maybe they’re not a resident or plan on staying but that positive case has still spent time in our region,” she said. “Whether it’s one or one hundred positive cases, we’re hoping the community understands our response doesn’t change: we should still be wearing masks, washing hands, and social distancing.”