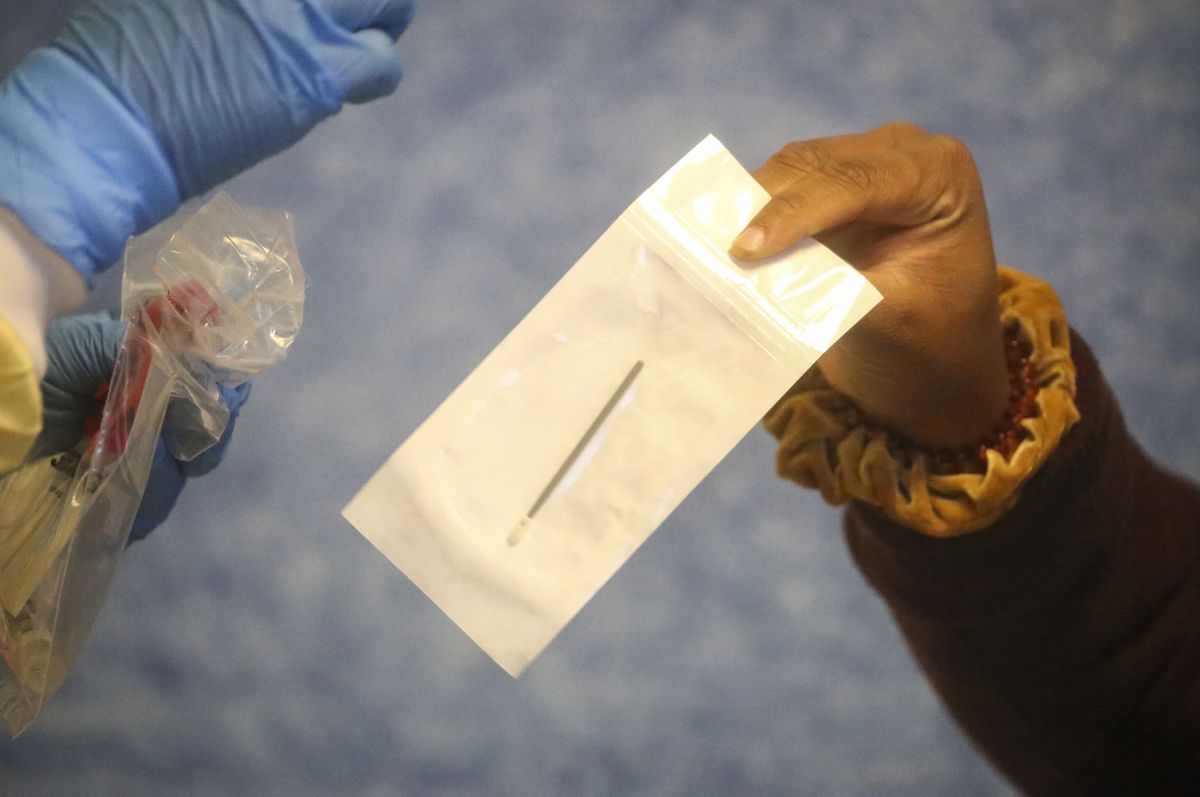 Alaska recorded another big daily increase in COVID-19 cases, with 92 new cases among residents — a majority from Anchorage — and 17 cases among nonresidents, according to the Alaska Department of Health and Social Services COVID-19 dashboard updated Tuesday.

Five newly confirmed COVID-19 hospitalizations were reported by the state, for a total of 105 people sick enough to require hospital care since the pandemic began in March. The number of active cases of the virus rose to 1,645 total: 1,286 Alaska residents and 359 visitors, according to state data.

Over half of the new cases were tied to Anchorage, which saw 64 cases involving residents and three involving nonresidents -- plus one new case involving an Eagle River resident as well. Those increases brought the total number of active cases in the municipality to 709 as of Tuesday.

Anchorage officials warned about the city’s intensive care unit bed capacity Friday as both transmission and cases of the virus have increased in recent weeks, while Mayor Ethan Berkowitz said he was considering more restrictions.

Elsewhere, the state reported seven cases among residents of the Kenai Peninsula Borough, including three people from Soldotna, two people from Homer and one case each involving residents of Seward and Kenai. One nonresident in Soldotna also tested positive.

In the Mat-Su, there were five resident cases and one nonresident case in Wasilla, as well as one case each among residents of Palmer and Sutton-Alpine, state data showed.

Five people from Fairbanks also received new positive test results, as did one person each from Kotzebue, Juneau, Sitka and smaller communities in the Aleutians East Borough and the Bethel Census Area.

The remaining new nonresident cases reported Tuesday include four people whose locations were described as “unknown,” along with a seafood industry worker in Kodiak and a tourism worker in the Valdez-Cordova Census Area.

The new numbers represent a slight drop from Monday’s record daily high of 141 cases, which included two large outbreaks among seafood industry workers: one on an American Seafoods trawler that docked briefly in Unalaska over the weekend, and another at a plant operated by a Juneau fish processor. Six more cases appeared to be tied to the Juneau plant Tuesday, officials there said. The city passed a mask ordinance Monday, requiring face coverings in indoor public spaces.

The state’s previous record for daily high in new cases happened a day earlier, on Sunday, when it was announced 119 residents and nonresidents had tested positive for the virus.

The 85 crew members aboard the American Seafoods trawler who recently tested positive for the virus are currently en route to Seward via boat, where they will then be transported to Anchorage for isolation, state health officials said in a statement Tuesday.

American Seafoods will be providing “a secure isolation location” for the crew members, “which includes medical services, security, and wrap-around support services,” the statement said.

Alaska’s new cases continued to be concentrated among residents and nonresidents under the age of 40, following an epidemiological trend that public health officials have noted in recent weeks. As of Tuesday, this younger population made up nearly 60% of the state’s total active resident cases.

Since the virus arrived in Alaska, a total of 2,041 Alaskans have tested positive, including 737 who are considered to be recovered. The state also reported two cases among nonresidents within Anchorage that occurred before Monday, which brought the statewide total for nonresidents with positive COVID-19 test results to 484. Eighteen Alaskans with the virus have died.

The state has completed a total of 178,626 tests as of Tuesday, with a 2.3% average positive rate over the last three days — a number that has remained low compared to other states, but has also has been slowly rising.