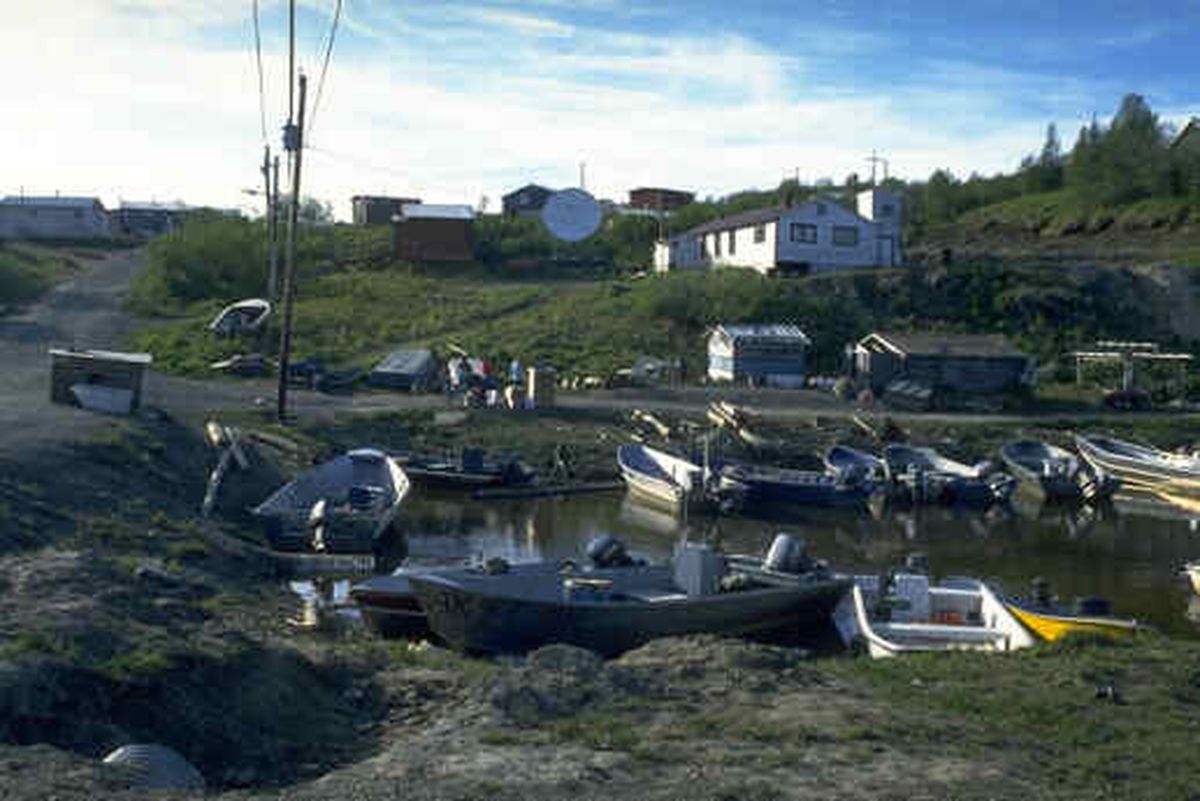 This article was first published at KYUK.org and is republished here with permission.

BETHEL — A 37-year-old man in Pilot Station died from COVID-19 at the village health clinic in late November before he could be transported to a hospital. Stormy conditions prevented a medevac from reaching him, his family said.

Joe Xavier’s symptoms began Nov. 22, according to his sister, Donna Xavier-Fancyboy. Within a day, she said, his skin had changed color from lack of oxygen.

A former health aide, she said that her brother’s oxygen levels were at 38% when he arrived at the clinic, which is less than half of what a healthy person’s should be.

He was immediately hooked up to two oxygen concentrators and a medevac was activated, but the plane never came. His sister said bad weather never gave him a chance to get to a hospital.

“Windy, rainy, fog,” Xavier-Fancyboy said. “They even called the military to try to pick him up in a Black Hawk, but the weather wasn’t cooperating even for the military.”

On Nov. 25, two days after he entered the clinic, Joe Xavier took in his last difficult breaths. By his side was his mother, Thecla Xavier.

[Akiak: The death and burial of our dearest mother and grandmother]

It was a little past midnight when Bobby Heckman, the health aide, began to sing Slaviq songs, Xavier’s favorite. Heckman said that Xavier used his remaining strength to sit up and listen.

“He was trying to bob his head up and down, and move his arms up, and kick his legs up like he was trying to follow the music. It made me sad, but then I thought he’d want me to sing good to him so I held in my cry and continued singing for him,” Heckman said.

When the song was over, Heckman said, Xavier asked to lie down.

“That’s when he took his last breath, like he kind of knew that he was gonna go,” Heckman said.

“He wanted a proper funeral for him, but we couldn’t. This damn virus. We couldn’t say goodbye to him. We couldn’t be there for him,” Xavier-Fancyboy said.

She described her brother as someone who was always there for his community. He was a former firefighter who traveled around the state. During the pandemic, he worked as one of the village’s patrollers, making sure people were being safe and staying home. His sister said he was always smiling, no matter what.

“He was the most kindhearted. He loved all my kids. Dedicated to the church. He never drink, he never smoke. He was pure of heart,” Xavier-Fancyboy said.

But Joe Xavier may have been more susceptible to the coronavirus. When he was a baby, Xavier-Fancyboy said, he had a life-threatening case of pneumonia.

”He was in a coma for about three to four months,” Xavier-Fancyboy said. “His brain, deprived from oxygen.”

Respiratory issues are common among Alaska Natives. In a 2004 study published by the American College of Chest Physicians, 40% of Alaska Native children in the Yukon-Kuskokwim Delta reported having a chronic respiratory disease. Analysis by the Alaska health department shows that two out of three adults have underlying health conditions that increase their chances of serious illness from COVID-19.

The coronavirus has hit the Xavier family particularly hard. Xavier-Fancyboy and her mother both tested positive. Another brother experienced symptoms, although he wasn’t tested. Their youngest sister checked into the health clinic with a severe case of COVID-19 a day after her brother did. Xavier-Fancyboy said her sister waited three days in Pilot Station before being evacuated to Bethel.

Normally, Xavier-Fancyboy said, her family takes care of each other when they’re sick. Not being able to is part of what hurt her the most about her brother’s loss.

“We couldn’t be there for him. We couldn’t hold his hand,” Xavier-Fancyboy said. “People need to take this virus seriously if they don’t want to go through what we’re going through, what we went through. You need to stay home and be there for each other.”

Joe Xavier died at 1:25 a.m. Nov. 25. As of Dec. 1, his youngest sister was still at the Bethel hospital on a ventilator. Pneumonia has entered both of her lungs.