Mummy squirrel tells of a different Alaska 20,000 years ago 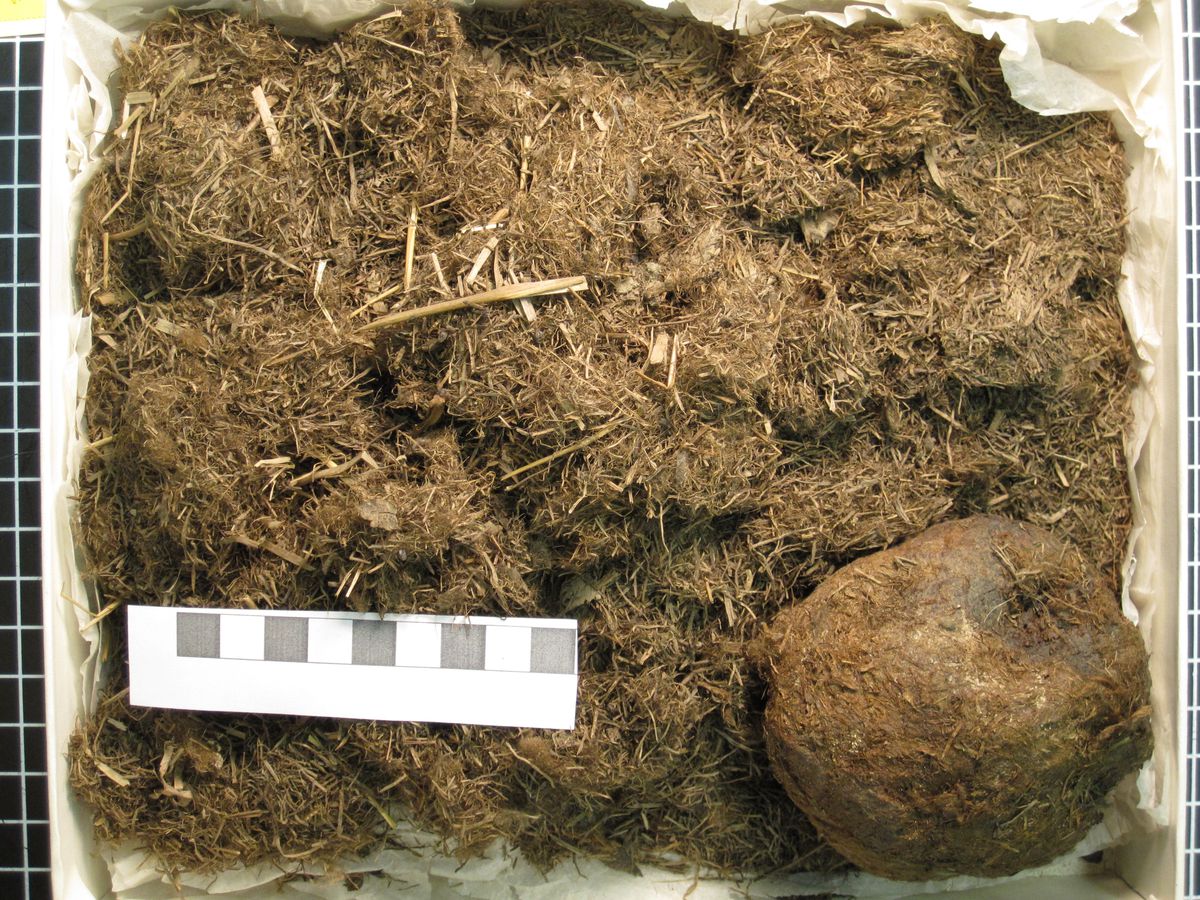 The nest and mummified remains of a ground squirrel that lived in Alaska about 20,000 years ago. (Photo by Ben Gaglioti)

The nest and mummified remains of a ground squirrel that lived in Alaska about 20,000 years ago. (Photo by Ben Gaglioti)

One fall day in Interior Alaska, a lion stalked a ground squirrel that stood at attention on a hillside. The squirrel noticed bending blades of grass, squeaked an alarm call, and then dived into its hole. It curled up in a grassy nest. A few hours later, for reasons unknown, its heart stopped.

Twenty-thousand years later, Ben Gaglioti teased apart the mummified ground squirrel’s cache in an attempt to better reconstruct what Alaska was like during the days of the mammoth, bison, wild horse and camel.

Gaglioti was then a University of Alaska Fairbanks graduate student, using tools ranging from tweezers to an isotope-analyzing device in his attempt to sift Alaska’s distant past from the midden of a ground squirrel that perished during the last ice age. At that time, from about 14,000 to 45,000 years ago, North America looked much different than it does today.

For one thing, blue ice 1 mile thick was pressing down on Toronto and Chicago. Massive sheets covered much of the continent, but northern Alaska was a grassland, part of what UAF scientist Dale Guthrie named the “Mammoth Steppe.”

The Mammoth Steppe blanketed the top of the globe from about France to Whitehorse, Yukon. It was cold, dry, and featured grasses and sedges. So rich were the feeding grounds that the ancestors of today’s animals were jumbo versions.

Not many ground squirrels live in Interior Alaska today, probably because the current landscape of tundra and boreal forest plants doesn’t provide them enough nutrition. But the squirrels were here during the ice age. A few of them died within their dens and, through a rare process of being buried and then frozen, became mummified.

While blasting hillsides of frozen soil with water to reach the gold-bearing gravels beneath, miners in Interior Alaska often found remains of ice-age mammals, including a mummified bison that Guthrie extracted. Miners sometimes told scientists of their discoveries, and researchers, often UAF’s Otto Geist, would sometimes recover the bones of mammoths and other remains of ancient animals.

Geist and other scientists recovered more than a dozen ancient ground squirrel nests from Alaska and the Yukon; they sent many of the nests and caches, and sometimes the mummified squirrels, to the American Museum of Natural History in New York City. Other researchers dated the remains and found the squirrels had lived from about 40,000 years ago to about 8,000 years ago.

Gaglioti, the UAF graduate student who went on to postdoctoral work at Columbia University, picked the seeds and leaves from the ancient squirrel middens and identified what plants were here during the last ice age. He found plants that are still in Alaska, as well as grasses that grow today on the Great Plains of the U.S. and Canada.

To compare the diets of Mammoth Steppe squirrels to living ground squirrels, Gaglioti also traveled to the North Slope and dug up several ground squirrel caches. He found that those squirrels seem to prefer certain berries and willow leaves.

“We’re trying to understand the nature of the Mammoth Steppe — the habitats here before the extinction of the large mammals and the arrival of humans into North America,” he said. “As things are changing — like if it’s getting drier and warmer in modern-day Alaska — we might be able to draw on these details from the past to better understand climate and vegetation relationships in Alaska.”