Raccoons, wild pigs and other bad ideas for Alaska 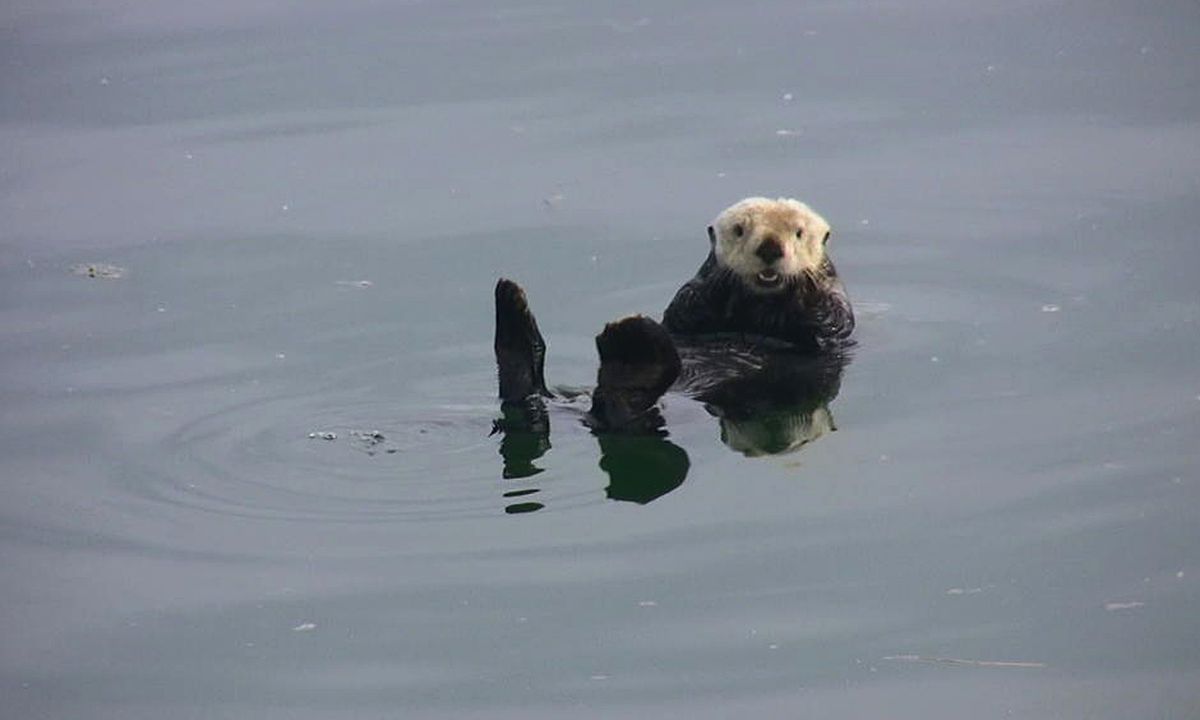 A sea otter in Glacier Bay, perhaps a descendent of otters moved from Amchitka Island in the 1960s. (Photo by Riley Woodford, Alaska Department of Fish and Game)

A sea otter in Glacier Bay, perhaps a descendent of otters moved from Amchitka Island in the 1960s. (Photo by Riley Woodford, Alaska Department of Fish and Game)

After reading my column about biologists who once stocked a Southeast Alaska island with wolves, a reader mailed me a book. In it, the author detailed people’s attempts to import raccoons, wild pigs and other creatures to Alaska.

In addition to well-known events like the recent introduction of wood bison to the Innoko River country, Tom Paul wrote about smaller creatures people have over the years let loose onto beaches and into the woods of Alaska.

Raccoons are not native to Alaska, but people have brought them here a few times, Paul wrote in “Game Transplants in Alaska,” an updated version of an Alaska Department of Fish and Game report first written by Oliver Burris and Donald McKnight in the early 1970s.

In 1941, a man captured eight raccoons in Indiana. He let them go on Singa Island, off the west coast of Prince of Wales Island. The animals, probably surviving on crabs, mussels and other shellfish, lived for many years on Singa and nearby El Capitan islands. Raccoons may still persist there, but other introductions of raccoons, like those released on Japonski Island near Sitka in 1950, did not seem to stick.

Why would someone bring raccoons to Alaska? For their fur, which could be harvested and sold. That was also the idea behind a marten transplant sponsored by the territory of Alaska in 1934. Crews of Alaska Natives captured 17 martens near Ketchikan and Petersburg, releasing 10 of them on Prince of Wales and seven of them on Baranof Island, neither of which had martens. The cat-like animals must have found the habitat to their liking, because martens continue to thrive in both places.

Another successful marten relocation happened in September 1952, when biologists executing a federal project live-trapped martens near Lake Minchumina and transported them south to Afognak Island north of Kodiak. Biologists captured 20 animals from an area north of Denali Park with a reputation for high-quality furs. The descendants of those Interior animals are now scampering over Afognak Island.

To provide food for those martens, people imported red squirrels. A few months before the marten transfer from Minchumina to Afognak Island, hired trappers caught 47 red squirrels around Anchorage and released them on the island.

“This transplant resulted in excellent squirrel populations but it is questionable whether it affected the ultimate success of the marten introduction,” Paul wrote, pointing out that several biologists later showed that martens don’t eat a lot of red squirrels.

Beavers are pretty good at colonizing new areas all by themselves, but Alaskans have helped them along. The first time was when members of the Alaska Game Commission in 1925 offered $50 for each live beaver delivered to an office in Cordova, for transport to Kodiak Island, which then had no beavers. Trappers delivered 34 live beavers to the office, but 10 escaped or died before biologists could release them on Kodiak. The remaining 24 seemed to have liked Kodiak, which now has a healthy population, as well as nearby Raspberry and Afognak islands, where people transported them in later efforts.

In summer and fall of 1925, Cordova trappers also live-captured 100 muskrats for passage to Kodiak. Paul didn’t include any details on how 30 of the muskrats were somehow lost in transit, but the 70 released in lakes of the Kodiak archipelago are the genetic matches of the muskrats that live there now.

Over the years, people have also tried to introduce non-native species to Alaska. A man named Reed Oswalt in 1984 wanted to establish a population of European wild hogs on Marmot Island near Kodiak. Reed released eight hogs he had transported up from California on a 40-acre parcel of land he owned on Marmot Island.

The hogs escaped their confines and spread out over the island. Staffers from the Alaska Department of Fish and Game visited and found severe damage to the vegetation. They ordered Reed to remove the hogs from state land. He was either unwilling or unable to do so, but the pigs disappeared anyway. In 1998 a hunter killed the last one on the island.

Biologists have captured and moved sea otters many times, once to save the animals from being nuked. Amchitka Island in the central Aleutians was the site of three underground nuclear blasts in 1965, 1969 and 1971. Alaska biologists convinced officials with the Atomic Energy Commission that moving sea otters from around the island beforehand would be a good idea.

Biologist Jerry Deppa was head of the Amchitka project for a time. He and his team members captured otters in gillnets and later transferred them to bathtub-like kennels. C-130 aircraft landed at Amchitka, which has a long airstrip built in World War II, and carried out sea otters 60 at a time to Annette Island, Sitka and Gustavus. Workers there then loaded the otter kennels into waiting Grumman Goose aircraft to release sites in Southeast Alaska.

“Despite the considerable cleanup that planes required after otter flights, Alaska Airlines, Webber Air in Ketchikan, and the U.S. Fish and Wildlife Service all made their Grumman Goose aircraft available at short notice throughout the summer for the transplants,” Paul wrote.

Those relocated Amchitka otters, along with otters moved to Southeast in other efforts, helped the animals recover from the fur-trade days of the 1800s, after which there were no otters there. More than 25,000 otters now live in Southeast Alaska.