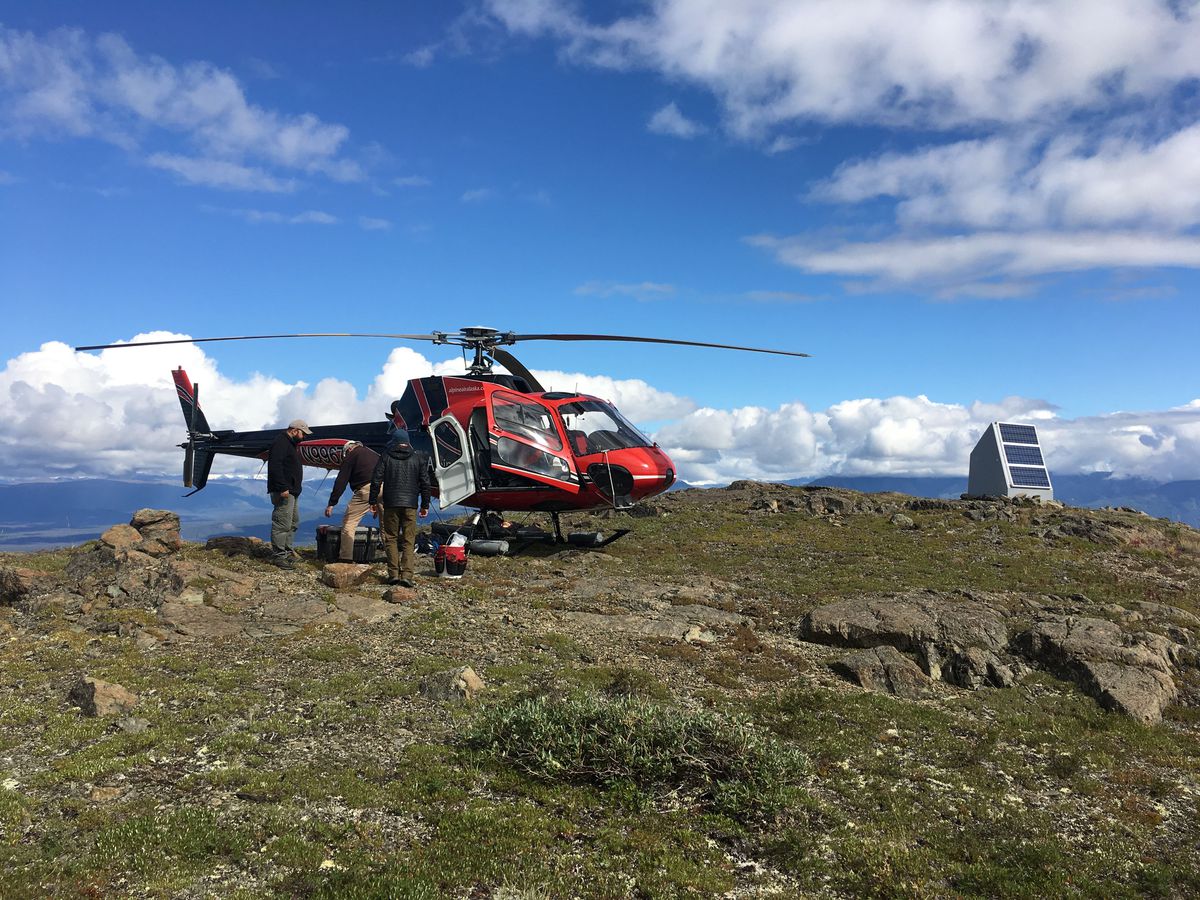 A set of earthquake monitors now installed across Alaska offers abundant possibilities for scientific research. But they could soon disappear.

Scientists, lawmakers and federal agencies are pushing to make permanent a National Science Foundation project, the Transportable Array Network of seismic monitoring stations, that was installed temporarily starting in 2014.

The stations do more than monitor earthquakes — they can track weather, wildfires and volcanoes, and can even detect North Korean nuclear testing in places where there isn’t much else in the way of monitoring.

“This is the kind of opportunity that only comes around once a generation,” said state seismologist Michael West with the Alaska Earthquake Center at the University of Alaska Fairbanks. “And we’ve been doing everything we can to see that this doesn’t all evaporate.”

So far, 43 stations in Southcentral Alaska have been adopted by the center, which it is operating on behalf of the U.S. Geological Survey through an external grant, adding to an existing network of monitors in the state. The center took over the stations in September but will need more funds to support the network in the long term.

Still, many stations in northern and western parts of the state are set to be removed over the next two years if funding isn’t secured to keep them in Alaska permanently. As the end draws near, permits for the stations will need to be renewed if they stay in the ground.

The Alaska Earthquake Center requested $2.5 million in state funding to help maintain the network, money that would go to the University of Alaska. Gov. Mike Dunleavy included the funding in his recently released capital budget. He had vetoed a similar request in the last budget — Dunleavy spokesman Jeff Turner said that happened due to a lack of time to assess the project. So the governor encouraged the university to resubmit the request with more detail.

The state funding is for buying more stations and to entice federal investment in the project, West said. But more funding is still needed to maintain them, and the center is looking to federal partners that would benefit from the data.

The 194 stations look a bit like high-tech backyard sheds — huts with solar panels, batteries and seismic sensors that dip underground. They dot the state map, across the North Slope and along the Bering Sea coast, through Interior Alaska, with a few scattered in Southeast Alaska and into Canada.

The network was installed over the past five years as part of the Transportable Array program within Earthscope, an initiative of the National Science Foundation. The stations are administered by the Incorporated Research Institutions for Seismology, or IRIS, a nonprofit university consortium of earthquake researchers.

The project didn’t start in Alaska. Over the last 15 years, the stations made their way across the Lower 48 from west to east, getting picked up and moved as part of an effort to better understand the earth below the United States, according to Bob Woodward, director of instrumentation services at IRIS.

Sometimes, a university or organization within a state would ask to keep some of the stations.

“So they would adopt them and we would replace the equipment and just keep on rolling,” Woodward said.

On the last leg of their nationwide tour, the stations arrived in Alaska. And now their time is up. The stations are scheduled to be removed from the ground over the next two summers, Woodward said.

That’s after the National Science Foundation extended the program’s run time for another year and asked organizations to consider adopting some of the stations, said Margaret Benoit, Earthscope program director at the foundation.

The National Science Foundation is asking $25,000 per station, West said. On average, the cost to build, install and permit each station was $120,000, Benoit said.

Not only do the stations add valuable scientific information about Alaska, they also fill gaps in understanding the state’s major hazards.

The network could also make up the initial building blocks needed for an eventual earthquake early warning system in Alaska, West said.

The hard part of placing the stations, some by helicopter, has already been done. Now they can be tricked out with gadgets to capture information about some of the most remote parts of the country.

Already, the stations have been used by the National Weather Service for meteorological measurements and forecasting, Benoit said.

Webcams could be installed on the stations to chart vegetation growth and monitor wildfires, snowfall or even the aurora if the camera is tilted upward. If the cameras were live, they could help provide weather forecasts for aviation, Woodward said.

It’s even possible for the monitors to chart underground nuclear tests North Korea might be carrying out.

“We’ve got the batteries, we’ve got the site permit, we have the telemetry working,” Woodward said. “You’ve got a little mini observatory out there.”

West and the earthquake center have identified a group of 45 other stations — those that remain in good condition, unharmed by harsh weather or bears — that they’d like to keep.

But due to expense, West said, it has been challenging to find agencies that will help pay for the adoption and upkeep, even with the vital information they produce.

In order to adopt the stations, an organization would have to demonstrate its ability to keep them online and make the data they collect publicly available, said Benoit of Earthscope.

“It’s not a trivial activity to maintain a network of equipment in remote parts of Alaska," Benoit said.

This summer, the plan is to remove the stations no one has said they want, giving interested parties more time to get an adoption plan finalized, Woodward said.

Proponents of the network’s adoption have a powerful ally in Washington, D.C.

Sen. Lisa Murkowski said that in the country’s most seismically active state, she can’t see a reason for their removal. The senator has looked for ways to keep them in the ground.

Murkowski has shaped language in appropriations bills that encourage sending more federal dollars toward hazard monitoring, like funds for USGS to keep some of the stations in Southcentral Alaska online and encouraging a potential future partnership with the National Weather Service.

“We’re pretty comfortable in insisting we’re not going to be in a situation where the (National Science Foundation) is now going to charter aircraft and hire staff people to take out these very important seismic monitors,” Murkowski said. “They recognize that there is a transition plan in place."