‘Zombie fires’ are erupting in Siberia and Alaska, signaling a severe northern wildfire season may lie ahead 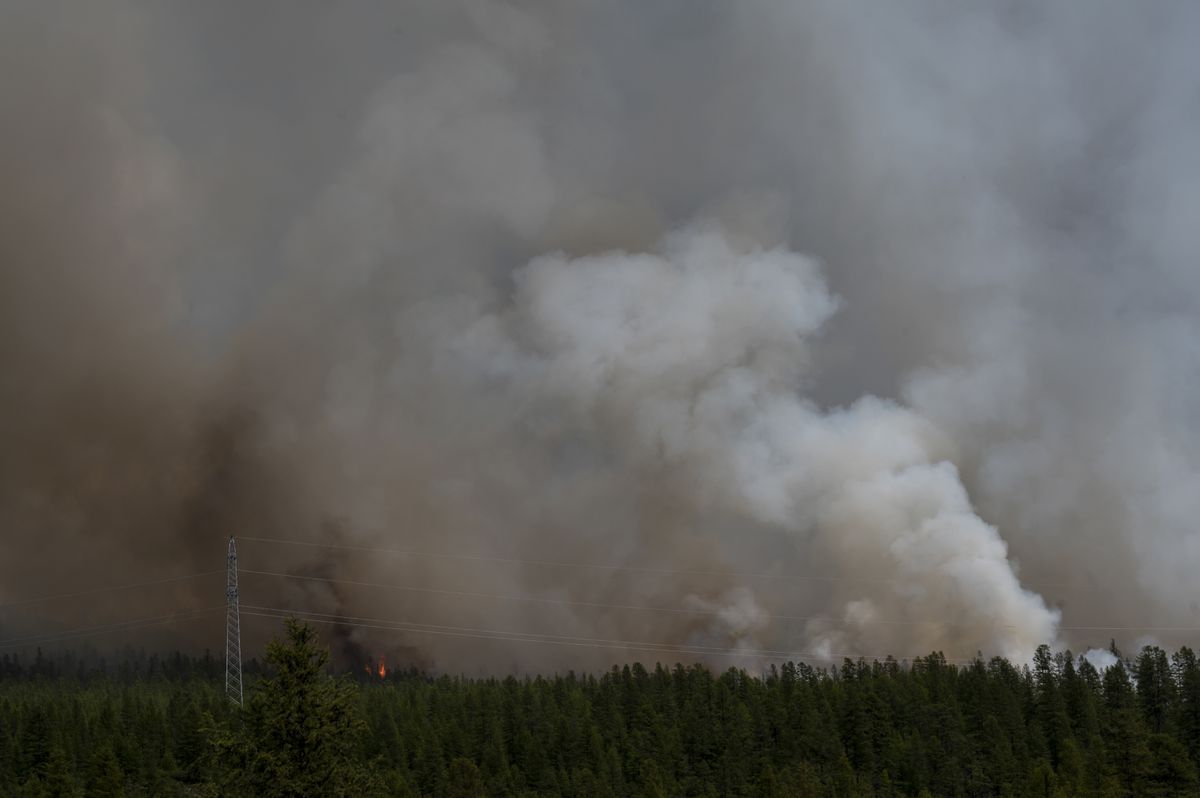 The bitterly cold Arctic winter typically snuffs out the seasonal wildfires that erupt in this region. But every once in a while, a wildfire comes along that refuses to die.

These blazes, known as “zombie fires” or “holdover fires,” can burrow into the rich organic material beneath the surface, such as the vast peatlands that ring the Arctic, and smolder under the snowpack throughout the frigid winter.

With the Siberian Arctic seeing record warm conditions in recent weeks and months, scientists monitoring Arctic wildfire trends are becoming more convinced that some of the blazes erupting in the Arctic so far this spring are actually left over from last summer.

Last year brought a record surge in Arctic fires to a region that is warming at more than twice the rate of the rest of the world. The Arctic contains vast stores of carbon and other planet-warming greenhouse gases in its soils, both in peat as well as frozen soil known as permafrost, that can be freed up through combustion. Peatlands are wetlands that contain ancient, decomposed and partially decomposed organic matter.

According to Mark Parrington, senior scientist and wildfire expert at the European Union's Copernicus Atmosphere Monitoring Service (CAMS), recent Arctic fire detections have been found in areas where fires were burning last summer, which lines up with regions affected by warmer than average and unusually dry surface conditions.

“We know from the climate data provided by C3S that the Arctic Circle regions most affected by fires in 2019 were experiencing warmer and drier surface conditions, providing the ideal environment for fires to burn and persist,” Parrington said in a media release, using the acronym for the Copernicus Climate Change Service.

Scientists like Parrington use satellite sensors to detect hot spots that could indicate wildfire activity.

"We have seen satellite observations of active fires that hint that 'Zombie' fires might have reignited, yet it has not been confirmed by ground measurements," Parrington said. "The anomalies are quite widespread in areas that were burning last summer. If this is the case, then under certain environmental conditions, we may see a cumulative effect of last year's fire season in the Arctic which will feed into the upcoming season and could lead to large-scale and long-term fires across the same region once again."

A real-world version of the fire swamp

Mike Flannigan, a fire researcher at the University of Alberta, says zombie fires are not unheard of, citing the destructive Fort McMurray fire in Alberta that burned for more than a year during 2016 and 2017.

"Fires are popping up early this year, and some of them are fires that burned through the winter," Flannigan said in an interview.

In April, fire technicians riding snowmachines found a zombie fire smoldering near Willow, Alaska, and officials have been on the lookout for other similar zombie blazes.

On May 22, the town of Khatanga, Siberia, located well north of the Arctic Circle, recorded a temperature of 78 degrees, some 46 degrees above normal. The typical maximum temperature for that day at that location is 32 degrees. The town obliterated its previous record high for the date of 54 by some 24 degrees and its monthly record of 68 by about 10 degrees.

The Siberian warmth in May has not been a fluke event, either; instead, it's been a consistent feature since the winter. Temperature departures from average in Europe and Asia have helped push global average surface temperatures to record highs this year, and on global temperature maps, these regions stand out as splotches of crimson red.

The temperature departures from average in Siberia this year are some of the highest of any area on Earth. Since January, the region has been running at least 5.4 degrees (3 Celsius) above the long-term average, according to a recent report from the National Oceanic and Atmospheric Administration. According to Robert Rohde of Berkeley Earth, which monitors global temperature trends, Russia averaged a temperature anomaly of nearly 11 degrees (6 Celsius) above average for the January to April time period.

"That's not only a new record anomaly for Russia," Rhode wrote via Twitter. "That's the largest January to April anomaly ever seen in any country's national average."

Are these 'zombie' fires? As the snow melted in Arctic Siberia last week, a number of fires have been detected by satellites. Did these fires smoulder through the winter after widespread #wildfires last summer? [short thread 1/5] 🔥🧟 pic.twitter.com/3jYoHm7a0c

Such warmth has dramatic repercussions on the landscape, primarily through evapotranspiration, the process by which plants and soils release moisture into the atmosphere. As temperatures increase, so too does the moisture exchanged between the soils and the air. "When temperatures warm up, [the air is] much more efficient at sucking the moisture out of the fuel," Flannigan said.

The heat is causing snow cover to melt and is accelerating the drying of soils, including peatlands that would be more resistant to burning under wetter conditions.

Historically, Arctic peatlands served as a fire break, says Mike Waddington, an ecohydrologist at McMaster University in Canada. "Now it's more of a fire propagator," due to increasing temperatures that make it easier for soils to dry out quickly, he said. Not only are these carbon-rich landscapes more prone to burning, but Arctic wildfires are also burning deeper into the soils, freeing more carbon into the atmosphere in a feedback loop that enhances warming.

The drying and burning of Arctic peatlands has major consequences for the planet as a whole, since more carbon is stored in these lands than in rain forests, Waddington said. He compared fires that smolder during the winter, without flames, only to reignite in the spring as akin to scenes from the fire swamp from the 1987 comedy, "The Princess Bride," which features bursts of flame emerging from underground.

Waddington’s research has shown that northern peatlands are likely to dry faster than forests, and said burning more peatlands will lead to more carbon emissions. There is more carbon stored in Arctic peatlands than in tropical rainforests, Waddington said.

"These issues are things that scientists have been warning about, the extremes are getting worse, they'll be more drying, more fire, bigger fire, more carbon dioxide" released into the air. "It's something we are expecting and if we are seeing it now, 10, 15, 20 years from now, it's only going to be worse."

Flannigan says the relationship between temperature and wildfires is rather simple: “The warmer it gets, the more fire we see.”