An examination of animals that travel thousands of miles each year, in Alaska and beyond 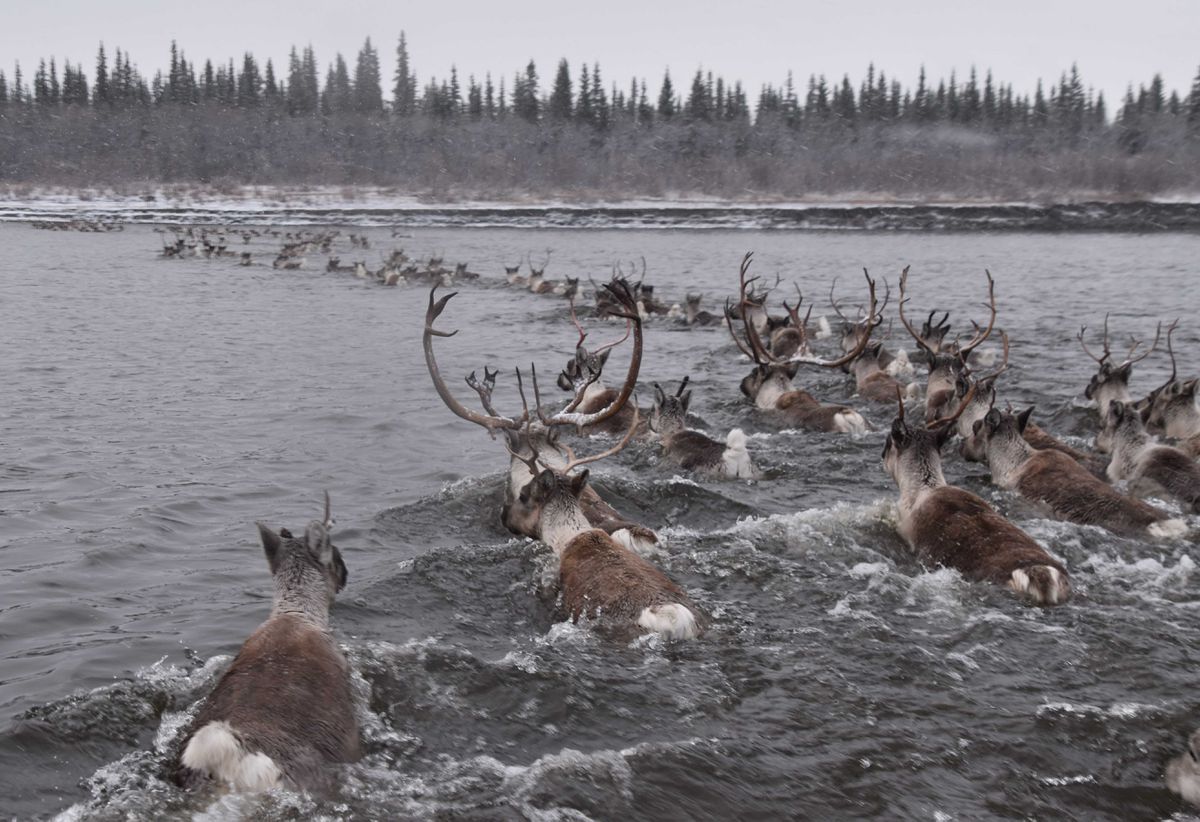 A scientist recently wondered which animal travels farthest across the landscape in one year. In doing his research, he found a few Alaska creatures near the top of the list.

Kyle Joly is a biologist with the National Park Service in Fairbanks. He works for both Gates of the Arctic National Park and Preserve and Yukon-Charley Rivers National Preserve, mostly on the large mammals that roam free there. He had done most of his recent work on the Western Arctic Caribou Herd.

Joly is also the author of “Outside in the Interior,” a comprehensive guidebook to human-powered trips in the Fairbanks area and beyond. The book is a wonderful COVID companion for those of us in middle Alaska.

A few years ago, Joly wondered if he could quantify an often-heard hypothesis that caribou were the animals that traveled farthest across the surface of Earth. As a boy, he had watched a television show on wildebeests in Africa that inspired him and later made him curious about which animal moves the most in a calendar year.

He was not interested just because he loves to explore and admires animals that undertake long-distance migrations. As a biologist, he thought it would be useful to define the space an animal needs to exist. Knowing that, people might be able to set aside swaths of country for other life forms, rather than transforming forest and tundra into roads, gravel pads and buildings.

His thought experiment soon turned into a worldwide search for long-distance travelers. His colleagues introduced him to people on the other side of the globe studying khulans — also known as Mongolian wild asses, handsome creatures stalked by wolves in Asia — and white-eared kobs, antelopes roaming the grasslands of Africa.

Gathering information from GPS collars biologists have fitted to the necks of wild creatures all over the world, Joly found the following:

A male gray wolf from Mongolia traveled 4,503 miles in one year. That’s like walking from Los Angeles to Washington, D.C., in the spring, and walking back in the fall.

A female Alaska wolf collared in Denali National Park trotted over tundra and mountains for 3,500 miles one year. If she had headed south in a straight line for those 365 days, she would have ended up in San Diego — but would have encountered fewer caribou.

Khulans wandered as much as 3,800 miles through the high grasslands of Mongolia in a one-year period.

Caribou in Alaska and Canada click along the tundra as much as 3,000 miles each year. Much of that landscape passes beneath their hooves during migration to and from spring calving grounds on breezy northern tundra.

Joly found that predators like wolves and brown bears traveled farther than the caribou and moose they eat. Why? Because the leaves of willows, a moose’s favored food, are available all over the landscape. Moose calves, a significant source of protein and fat for bears and wolves, are harder to find.

Joly also found caribou in the Western Arctic Herd traveled about 900 miles round-trip on annual migrations when there were half a million animals in the group, around 2003. Now, with about half as many caribou, the herd travels only about 775 miles each year.

Notable about all the long-distance travelers in Joly’s study is that each of those creatures lives far from any bright spots on the nighttime map of the world. Why?

“Far-ranging terrestrial mammals need lots of space away from people and development to undertake these long-distance movements,” Joly said. “All the greatest annual movement distances were associated with very low human density.”