Why power wires sometimes ‘dance’ to an undetectable breeze 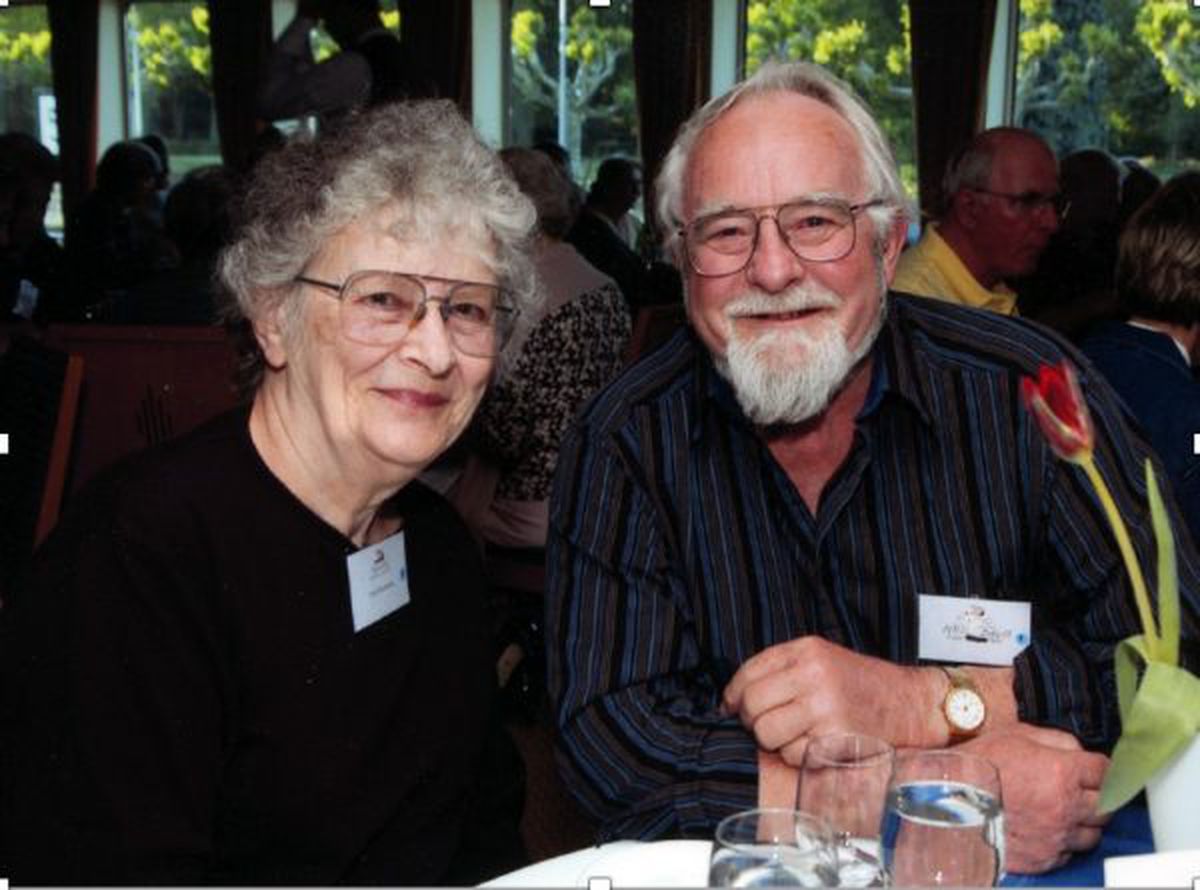 The late couple Rosemarie and Neil Davis of Fairbanks. (Photo by Merritt Helfferich)

The late couple Rosemarie and Neil Davis of Fairbanks. (Photo by Merritt Helfferich)

On these quiet, still days, as winter plods on, Alaskans tend to notice any movement outside their windows, such as dancing power wires strung between poles.

The answer as to why the wires bounce is in Neil Davis’ “Alaska Science Nuggets.”

First, though, a refresher on that book — a compilation of 400 of these columns — and why you are reading this right now.

Neil Davis was a do-all scientist at UAF’s Geophysical Institute from the 1960s to the 1980s. He started this column in 1976 at the urging of a newspaper editor.

Back to the dancing wires. Each wire out there has a certain tune to which it responds, known as a resonant frequency. It’s what a little girl finds when she twirls a jumprope at just the right speed and — without much effort — gets a perfect loop whistling through the air.

Sometimes, even if we can’t feel it, a slight breeze nudges a power wire. Wires are even more responsive to wind when snow clings to them, as it often does up here in the Interior.

“If the wire can be repeatedly tickled ever so slightly at the proper frequency, it will build up a major oscillation,” Davis wrote.

To move, wires need energy applied at their ends, or in the middle. The latter is similar to a finger plucking a guitar string. In this case the wind is acting as the finger.

As a guest writer of this column in 1978, late butterfly and moth expert Ken Philip described the process:

“Air moving past the wire is impeded by the wire; the air closest to the wire moves the slowest. The result is a curling up of the air behind the wire to form vortices — rotating spirals within which the air spins faster the closer it is to the center.”

These invisible little curls of air shove the wire as they depart. Sometimes those kicks happen at the sweet frequency of the wire, which responds by moving.

For the overly curious who must confirm things, Philip suggested blowing soap bubbles into the winter air beneath the wires. They will float on a breeze that no cheek or anemometer can detect, allowing you to visualize the air that tickles the wire.