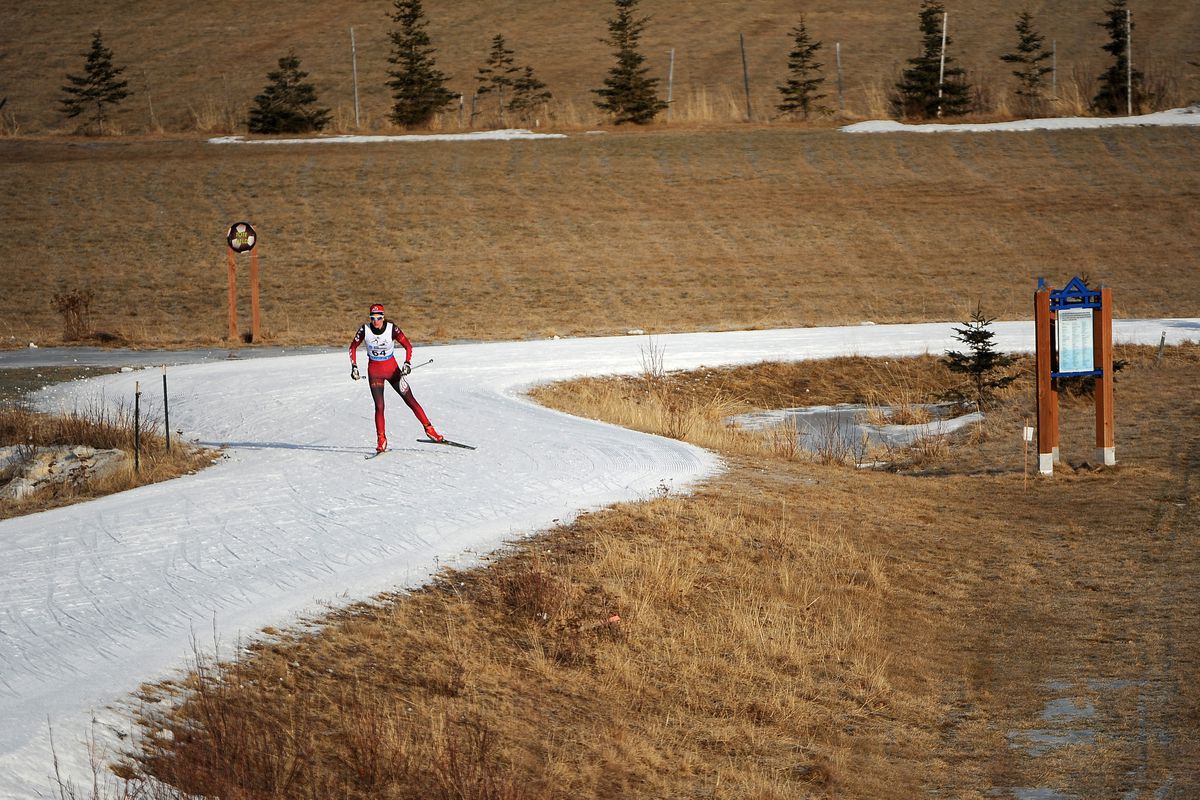 Southcentral Alaska should expect a warm winter thanks to oceanic conditions that favor an Alaska-heating El Nino event, scientists said.

That could mean less snow at lower elevations — and less snow that sticks around, based on recent history.

[From the archives: Love it or hate it, Alaska's warm winter expected to last until breakup]

Thoman said warm surface temperatures in the equatorial Pacific Ocean and storms that included the Shanshan typhoon — the remnants of which recently ripped through Southcentral — are two signs pointing to an El Nino winter.

Also, relatively warm waters currently off Alaska coasts could help boost temperatures if they don't cool, he said. Climate change could further add to the warmth.

The El Nino pattern influences global weather, including funneling heat to Alaska. It's the opposite of La Nina, in effect over the last two winters as Anchorage snow levels rebounded to more normal levels closer to 75 inches. Snowfall was 58.3 inches last winter and 82.4 inches the prior year, as measured near the Ted Stevens Anchorage International Airport.

El Nino winters typically mean a greater ratio of rain versus snow in Southcentral, said Bill Ludwig, a weather service meteorologist in Anchorage. The last two El Nino winters were dark — without much light-reflecting snow on the ground — and even "gloomy," he said.

"It was pretty rough," he said, but added that El Nino winters don't guarantee a snow drought.

In the El Nino winter that began in 2014, Anchorage snowfall was its lowest ever, at 25.1 inches. Snowfall was fifth lowest the following winter, over more than half a century of records, at 38.3 inches.

Anchorage had set a different mark in 2011-12, a La Nina winter that produced record-high snowfall at 134.5 inches.

Tabb Thoms, of Alaska Snow Removal, said he's been tracking the El Nino forecasts, something he does each year before ordering supplies from the Lower 48.

This winter he expects stretches of thawing that break up the cold. He's loaded up on de-icing materials and sand to throw on icy parking lots and sidewalks, prioritizing those items over snow shovels.

"I'm betting on more rain," he said. "That's my opinion of watching these patterns happen."

Thoman, the climate scientist, said extra precipitation could boost snowpacks in the mountains this winter at colder, higher elevations.

More snow up high is something Alyeska Resort is counting on.

"In my mind, it's kind of a little bit of good news," said Eric Fullerton, vice president of the Girdwood ski resort. "If there's more precipitation, there's going to be more snowfall."