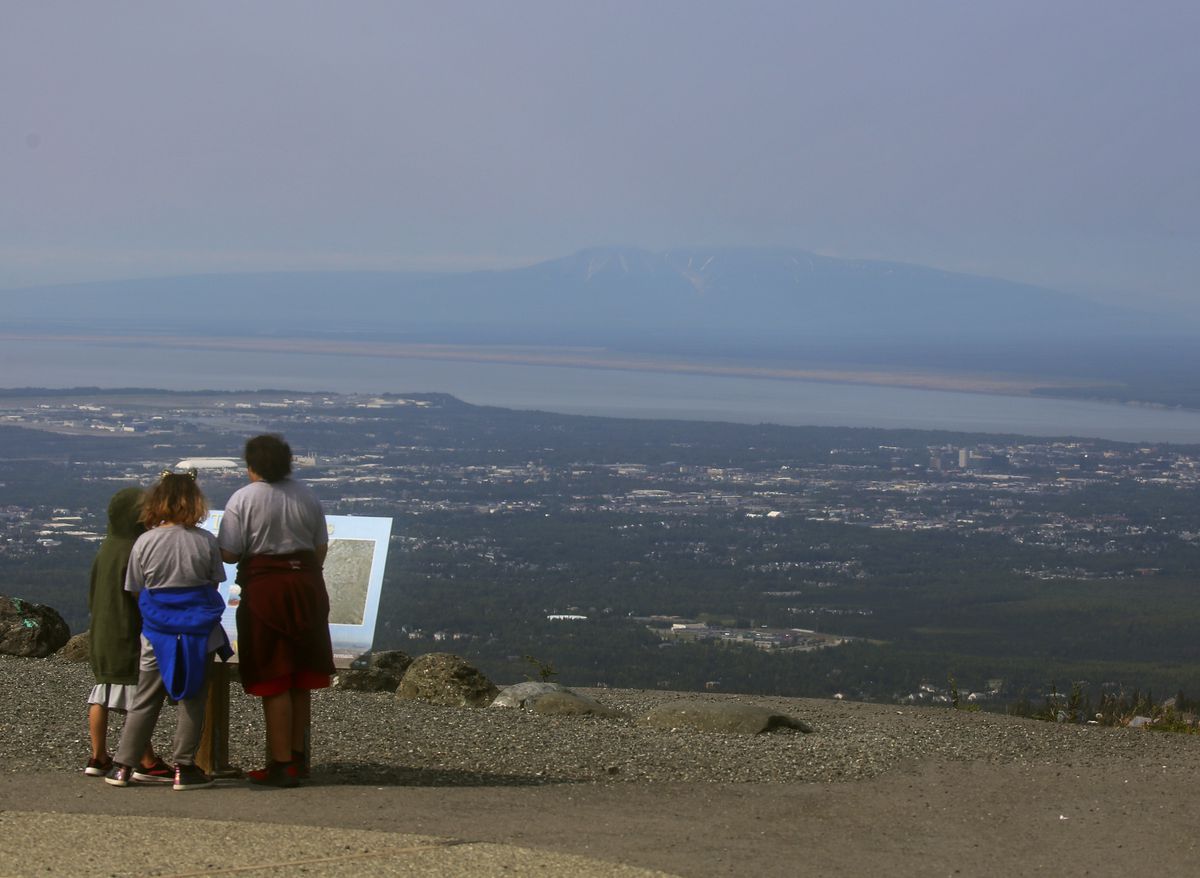 Wildfire smoke from fires raging in Siberia is creating a haze in Anchorage, photographed from the Anchorage Overlook Trail on July 29, 2020. (Emily Mesner / ADN)

Wildfire smoke from fires raging in Siberia is creating a haze in Anchorage, photographed from the Anchorage Overlook Trail on July 29, 2020. (Emily Mesner / ADN)

Wildfire smoke from fires raging in Siberia is spilling into Southcentral Alaska skies, creating a haze that is lingering over the region, according to the National Weather Service.

Fires in Siberia and eastern Russia have released a record-breaking amount of carbon into the atmosphere as peat soils burn, according to NASA. With permafrost thawing and temperatures rising in the Arctic, fires have burned almost nonstop in the Arctic Circle since April.

[Previously: Seem hazy lately? Smoke from wildfires in Siberia might be what you’re noticing]

About a month ago, a squall line of thunderstorms from the northern Siberian coast all the way down through the Kamchatka Peninsula caused multiple lightning strikes visible on satellite imagery, he said. The next day, puffs of smoke and a growing smoke plume became visible.

Winds over the last few weeks have caused the smoke to flow east into Northwest Alaska, he said.

“And then it’s kind of fanning out. Part of it is making a right-hand turn down through the Mat-Su Valleys and Copper Basin,” he said.

The rest is splitting east through Deadhorse and into the Yukon, he said.

Until the fires go out, the haze will likely continue — but it’s difficult to predict how long that will be, he said.

“I wouldn’t be surprised if it continued well into the month of August and perhaps even early September,” Doll said.

There will be periodic improvements as weather fronts come through Alaska and “kick up the wind,” he said.

A Turnagain wind and a Knik wind should develop tomorrow and help lift up the smoke from the Anchorage Bowl and the Matanuska Valley, Doll said.

Rainfall will also help clear the skies temporarily, he said.

The haze is sometimes causing observations of reduced visibility at airports, Doll said.

The Alaska Division of Forestry in a Facebook post Wednesday wrote that it has received reports of the haze from Anchorage, Homer and the Copper River Valley.

The smoky haze that folks in Southcentral Alaska are seeing today is the result of smoke from wildfires in Siberia,...