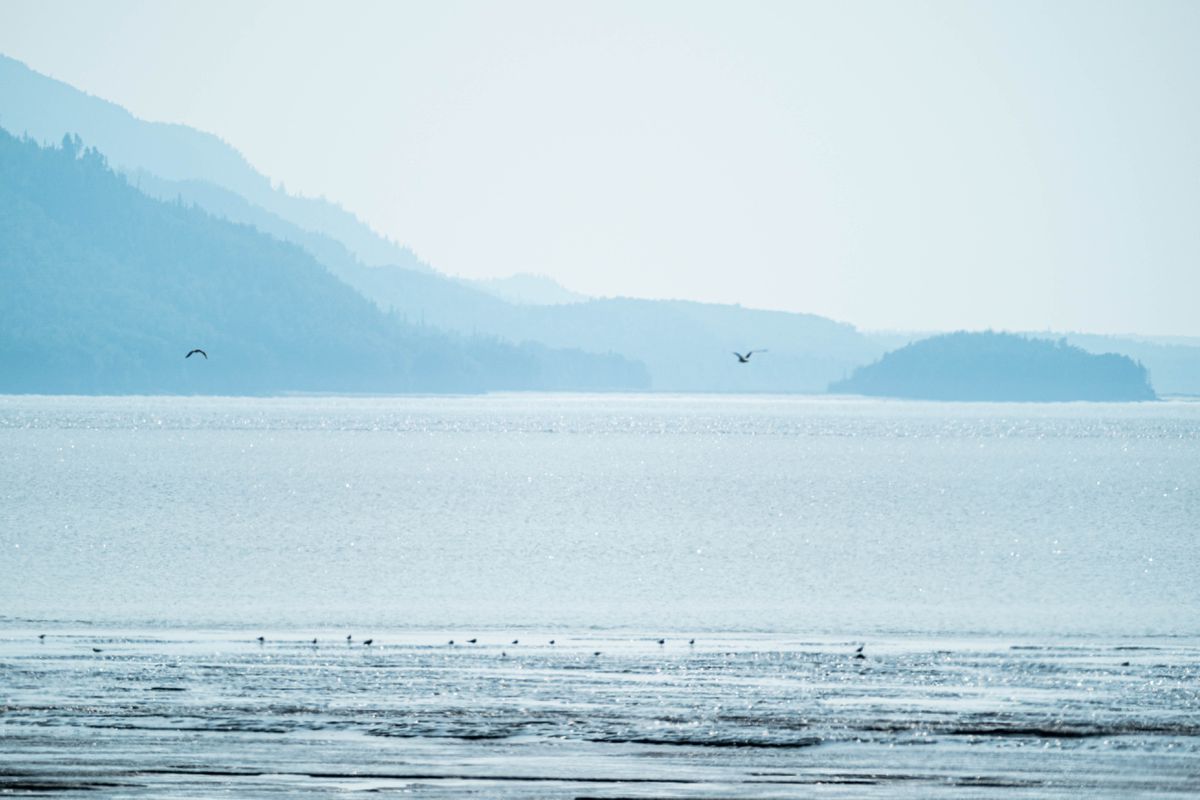 Haze obscures mountains on the Kenai Peninsula in a view from the Anchorage Coastal Wildlife Refuge on Saturday, July 17, 2021. (Loren Holmes / ADN)

Haze obscures mountains on the Kenai Peninsula in a view from the Anchorage Coastal Wildlife Refuge on Saturday, July 17, 2021. (Loren Holmes / ADN)

Wildfire smoke from Siberia is filtering into Southcentral Alaska and creating a haze across Anchorage skies, but it’s expected to lighten up by the middle of next week, a National Weather Service meteorologist said Saturday.

“The way those upper winds are set up, they’re basically carrying the smoke from there to our area,” said Adam Przepiora, a meteorologist with the National Weather Service in Anchorage.

He expects those upper winds to subside and for the smoke to clear by the middle of next week.

The warmth Anchorage has been seeing lately can be attributed at least in part to a “pretty strong upper-level ridge that’s persisted over the area for a few days now,” according to Przepiora. Ted Stevens Anchorage International Airport on Friday tied a record-high temperature of 76 degrees for July 16.

The warm and largely sunny weather in Anchorage is expected to linger until Tuesday, when the forecast is calling for a chance of rain.