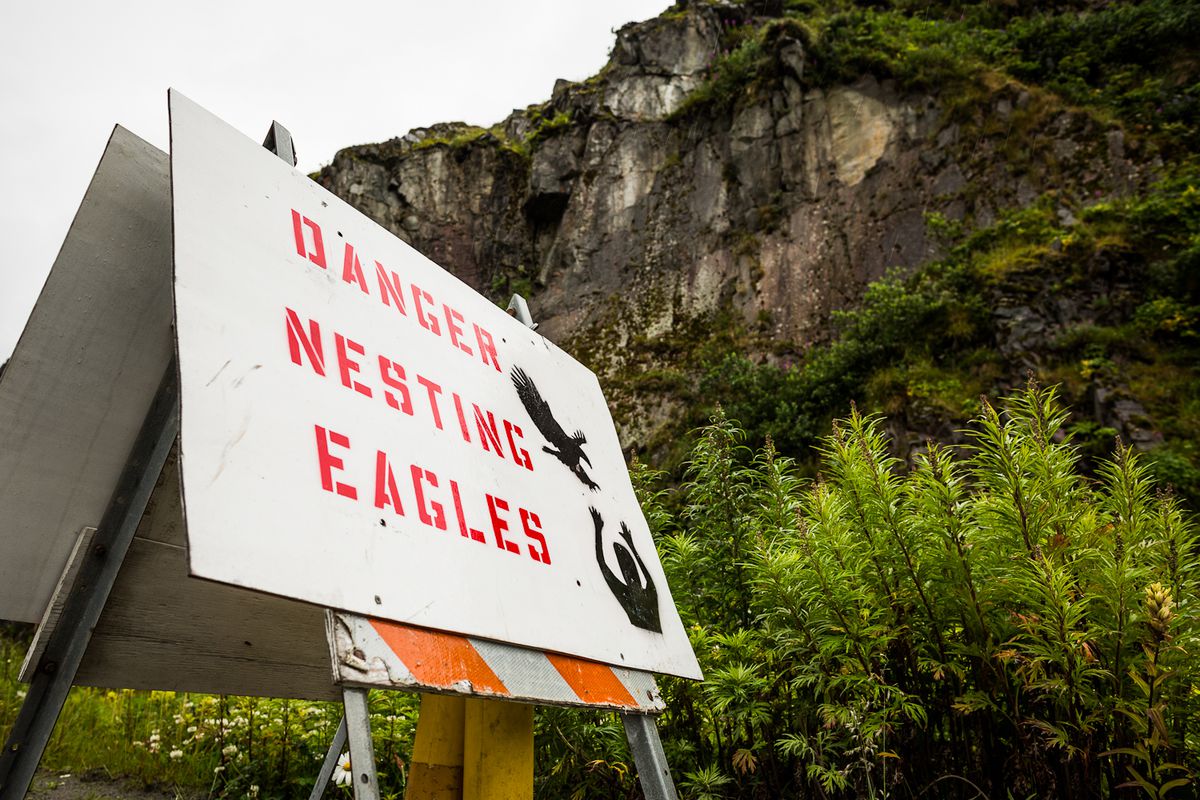 Drones and animals are having more encounters in the Aleutian Islands — and some are friendlier than others.

Late last month, an eagle attacked and downed a drone that was making a video for a satellite internet service company, according to  Emmit Fitch, owner of the local internet firm Optimera.

Fitch was assisting a drone videographer from his service provider SES, for an in-house movie about the remote areas the company serves. The drone was flying over Captains Bay, near the Carl E. Moses Boat Harbor, when the $6,000 device experienced death from above.

An eagle swooped down and clobbered the drone in midair, which then fell from the sky and into the depths of the bay, and  hasn't been seen since, Fitch said.

He said he viewed a close-up of the attack on the monitoring screen on land.

Eagles also attack people in Unalaska and Dutch Harbor each year, and this year so far, one patient was reported treated at the local clinic. The "danger – nesting eagles" signs are up outside the Dutch Harbor Post Office and across the street from Unalaska City Hall, near cliffs with eagle nests.

Fitch said it was the first eagle attack on a drone that he's heard of in Unalaska, but attacks have occurred elsewhere: "It happens a lot."

Eagles are being trained to take down drones, he said, citing postings on YouTube. And a quick internet search found that the French army is training eagles to cripple hostile drones.

Elsewhere in the Aleutians, drones haven't had any problems with eagles, said biologist Katie Sweeney of the National Oceanic and Atmospheric Administration, who'd just returned from counting sea lions with drones at Attu and Agattu and other islands, traveling on the Tiglax, the research vessel of the U.S. Fish and Wildlife Service.

Sweeney operated a $25,000 hexacopter, a drone with six rotors. (An advantage to this configuration in potential confrontations with wildlife is that if a motor fails, a six-bladed drone is more likely to be able to keep flying than a four-blade drone.)

While the researchers' drones haven't had any violent encounters with eagles, another animal has caused problems for their equipment: In some places rats have chewed the wiring of remote cameras the scientists set up to taking photos of the marine mammals.