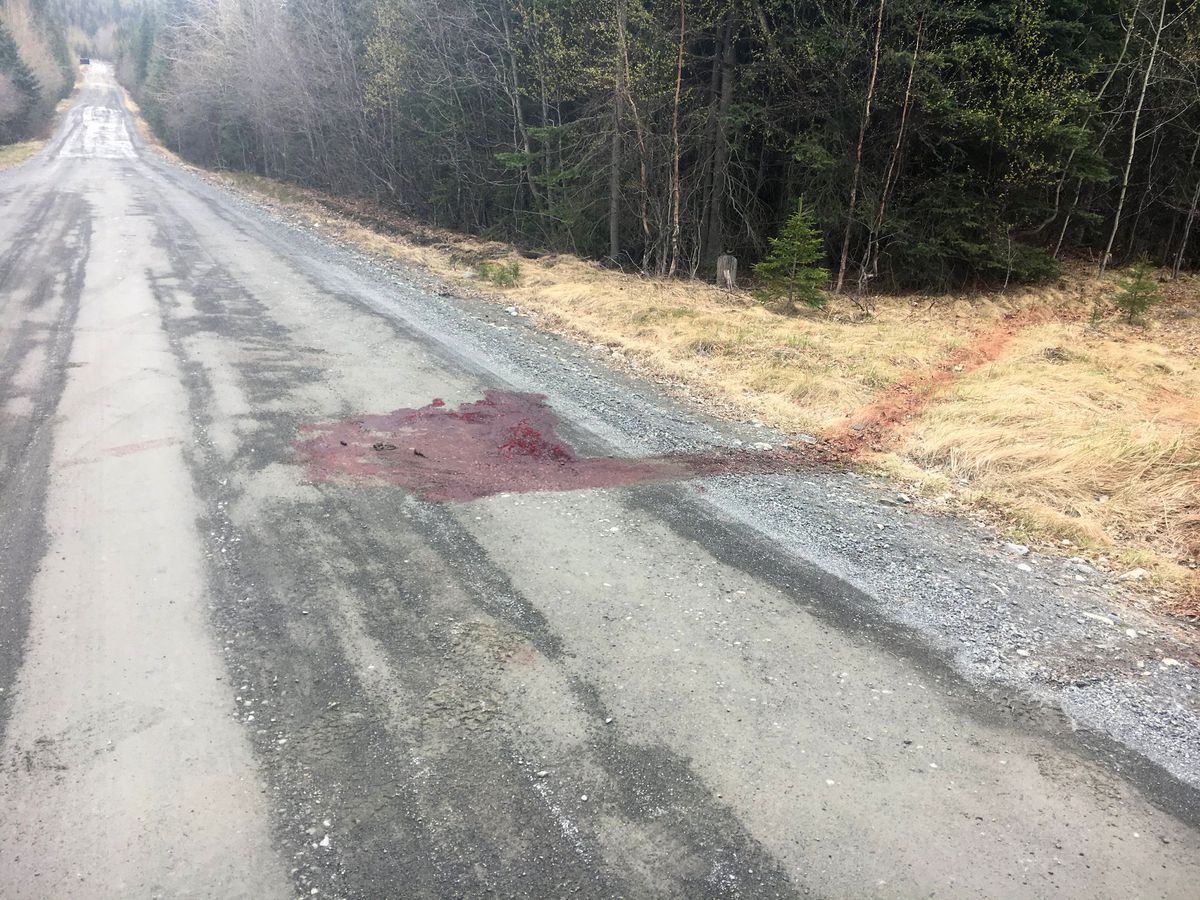 A black bear was reported poached near the east entrance of Skilak Lake Road May 17, 2018. The bear was apparently dragged off, and then again onto the road. (Photo by USFW)

A black bear was reported poached near the east entrance of Skilak Lake Road May 17, 2018. The bear was apparently dragged off, and then again onto the road. (Photo by USFW)

Wildlife officers are investigating the illegal killing of a black bear last week on a popular road within the Kenai National Wildlife Refuge. They're asking anyone with information about the apparent poaching to come forward.

"We try to provide the greatest opportunity for people to do wildlife viewing," Steve Miller, deputy refuge manager, said Monday. "One of those bears that people would normally see is now gone."

Witnesses who were driving on the road told wildlife officers that a person shot a bear Thursday as it stood in the middle of Skilak Lake Road, about a half-mile from Jim's Landing, a recreation area with access to the Kenai River. They said the bear weighed about 100 pounds and it seemed to have no fear of vehicles or people, Miller said.

Miller said it's believed the person shot the bear, dragged it into the woods for "minimal processing" and pulled the bear's carcass back to the road. The person then loaded it into a blue hatchback, similar to a Subaru Outback, according to the refuge.

"This was a harvest of an animal that was otherwise legally allowed to be harvested, but it was in a closed area," Miller said.

While some parts of the refuge are open for hunting, this area is not, he said. Even if it was, it's illegal for someone to take game by shooting on, from or across a drivable surface, according to Alaska hunting regulations.

Photographs that the refuge posted online Sunday show a pool of blood on the road and a trail of blood leading into the nearby trees.

Miller said Monday that wildlife officers continued to follow up on tips in the case. He asked anyone with information about the shooting to call Federal Wildlife Officer Rob Barto at 907-262-7021. All information will remain confidential, he said.

Posted by Kenai National Wildlife Refuge on Sunday, May 20, 2018