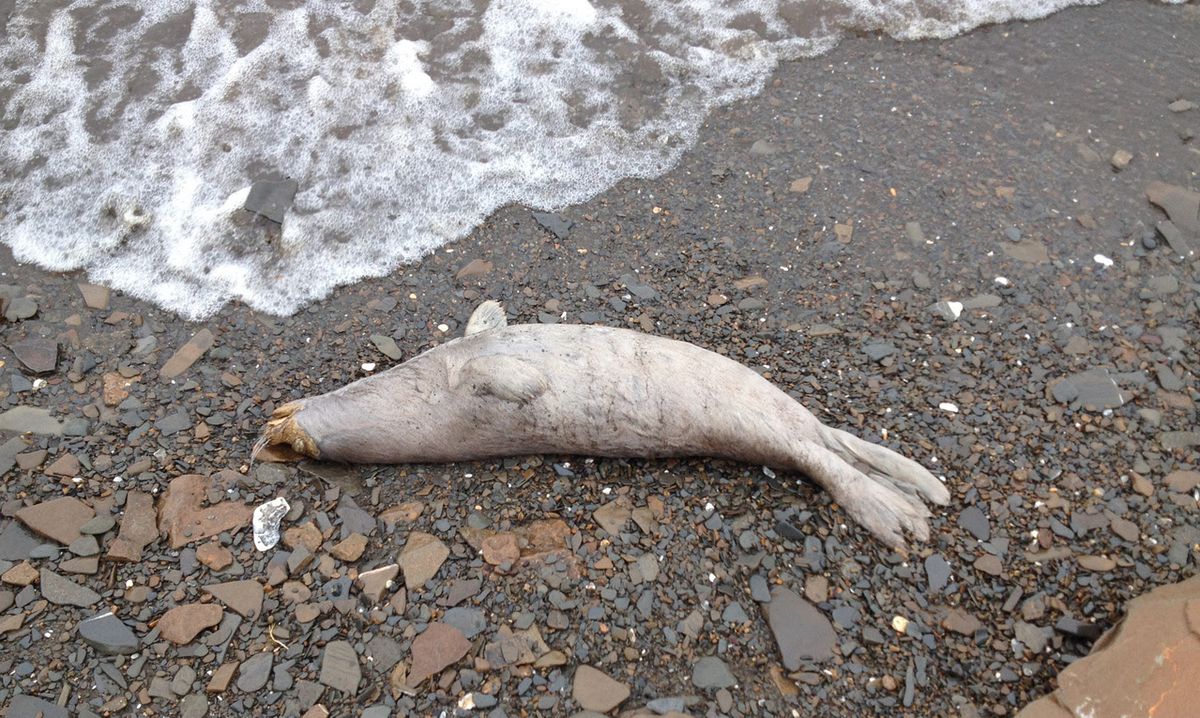 Harold Okitkun was maneuvering his skiff along the coastline near the Western Alaska village of Kotlik on Friday afternoon when he first saw the seal carcasses, he said.

He counted 18 dead ice seals along about 11 miles of shore. In his 48 years in the village, he’d never seen anything like it, he said. It was overwhelming.

“I couldn’t believe there were so many dead,” Okitkun said. “It tears at my heart because we live off of the seals.”

Within the past month, the National Oceanic Atmospheric Association has received reports of at least 60 dead ice seals along Alaska’s western coast, including Okitkun’s report. The agency is launching an investigation into what’s causing the “unusually large numbers” of seal deaths, it said in a statement on Wednesday.

“At this point, we don’t know what’s going on,” said Julie Speegle, spokeswoman for NOAA Fisheries Alaska Region. “We are mobilizing crews to go out and collect some samples and try to investigate what’s happening.”

Some had hair loss, she said. Further examination will help determine whether that’s from decomposition or abnormal molting.

From 2011 to 2016, ice seals along Alaska’s west coast showed symptoms of abnormal molt. NOAA declared an “unusual mortality event," but an investigation didn’t yield a definitive cause of the molt.

Speegle said some people have also reported that seals are unusually thin this year and they’re worried about the availability of prey.

Ice seals are an essential resource for Alaska Native communities, said NOAA Fisheries. Food safety is a major concern, and some people are also concerned about contamination, the agency said.

Okitkun said some of the dead seals he saw Friday had patches of skin without fur. The seals appeared to be both adults and pups, he said.

In early June, his daughter’s boyfriend reported finding dozens of dead seals along the shores of Stuart Island, northeast of Kotlik. He had been camping on the island and setting up crab pots when he saw the carcasses, Okitkun said.

Within the past week, NOAA Fisheries has also received a report of six dead seals near Kotzebue, as well as accounts of up to 30 dead seals between Kivalina and Point Hope. Also, on May 10, the carcasses of eight young bearded seals were found near Gambell, on St. Lawrence Island.

Speegle said NOAA did not yet have information about the ages of the dead seals.

On average over the past five years, NOAA has received reports of 18 stranded ice seals along Alaska’s coasts by the end of June each year.

NOAA Fisheries is working with partnering organizations to photograph and conduct necropsies on as many of the dead seals as possible, Speegle said.

She said it’s unclear whether there’s any connection between the dead seals and the dozens of dead gray whales that have washed ashore from Mexico to Alaska.

NOAA has launched an official investigation into the spike in gray whale deaths. So far this year, seven gray whales have been found dead in Alaska.

“We are all concerned about the seals,” Okitkun said, “and also hearing on the news about the dead gray whales washing up has us wondering what is happening to our oceans.”

NOAA Fisheries asked anyone who sees a sick or dead seal to immediately report it to the regional contact for the area.