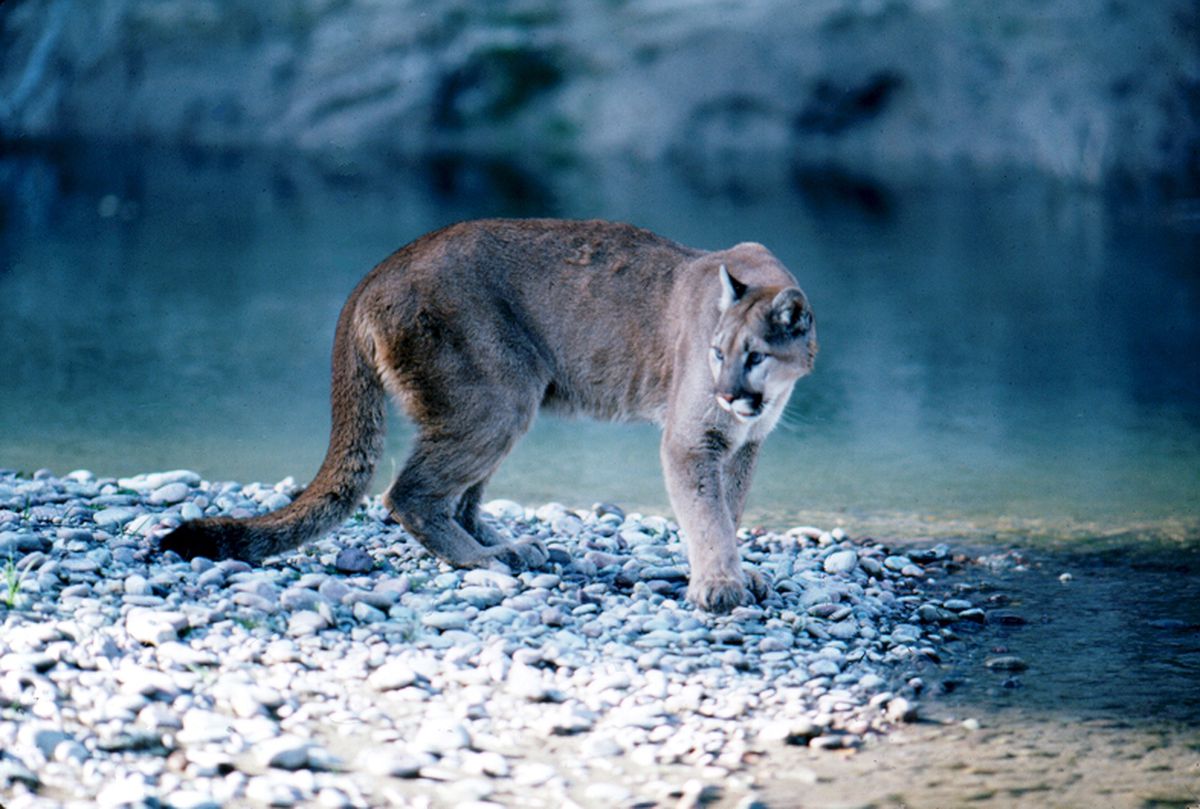 Joel Holbrook figured his dog was barking at a moose.

Holbrook looked out the window one morning a few weeks ago and saw immediately he was wrong. The animal in his yard, about 5 miles north of Delta Junction, was a light-colored cat with a big, long tail.

This animal bounded across the yard toward Holbrook’s Australian shepherd “with three, like, really beautiful leaps,” he recalled this week.

This animal, he said, was a mountain lion.

It vanished as soon as Holbrook came outside. He got a good look from about 30 yards first.

At least three possible mountain lion sightings this fall in the Delta Junction area are raising questions about whether the reclusive cats are following deer north into Interior Alaska.

Warning signs emerged recently at a trail that starts in the farm fields around Delta. There’s no proof that there are cougars, locals say, but they want to make sure trail users are aware just in case.

“BEWARE!!!THERE ... HAVE BEEN SEVERAL REPORTS OF SIGHTINGS OF A POSSIBLE MOUNTAIN LION IN THE BLUFF CABIN TRAIL AREA,” the Delta Junction Trails Association posted on Facebook this week. “STAY VIGILANT AND IF SEEN TRY TO GET A PHOTO ...”

BEWARE!!! THERE A HAVE BEEN SEVERAL REPORTS OF SIGHTINGS OF A POSSIBLE MOUNTAIN LION IN THE BLUFF CABIN TRAIL AREA. STAY VIGILANT AND IF SEEN TRY TO GET A PHOTO AND REPORT TO ADF&G AT 895-4484

An equipment operator doing trail work said he saw “a huge, extremely large cat” out on the trail and later took pictures of tracks “that were mysterious to him,” said association president Mindy Eggleston.

The tracks turned out to be from a porcupine, according to Clint Cooper, a wildlife technician with the Alaska Department of Fish and Game in Delta.

Holbrook’s report of a cougar in a yard couldn’t be verified but “it’s possible," Cooper said. Another report came from someone who thought they saw a mountain lion from their car south of town, but biologists found no tracks.

Alaska isn’t cougar-free. One was shot in the Wrangell area of Southeast Alaska in the late 1980s. A wolf trapper reportedly snared a mountain lion on South Kupreanof Island in 1998. If there is anything like a population of mountain lions in the state, it’s probably in Southeast, where the animals may be moving across the Canadian border from British Columbia, biologists say.

A hunting guide, in an interview this week, swore he saw cougars near Tok twice in the past few years: one sunning itself on a rock, another walking down the Tok Cutoff. State biologists in Tok couldn’t immediately be reached for comment.

“I’m not comfortable saying we’ve got many, if any, mountain lions showing up in the Interior certainly to any extent you can see them," Kavalok said.

But mountain lions tend to follow deer, and people are seeing deer in the Interior, including a confirmed sighting of a mule deer in Delta last year. Mountain lions were reported — and photographed — in Whitehorse several years ago, according to a CBC News report.

Generally, they do seem to be moving north, Kavalok said. “I’m sure they’re following the deer.”

For his part, Holbrook is absolutely sure the animal he saw was a mountain lion.

“Some people say, ‘Well, you saw a lynx,' ” he said. “It’s not close. The big long tail and the color and the size. There’s just no mistaking it.”