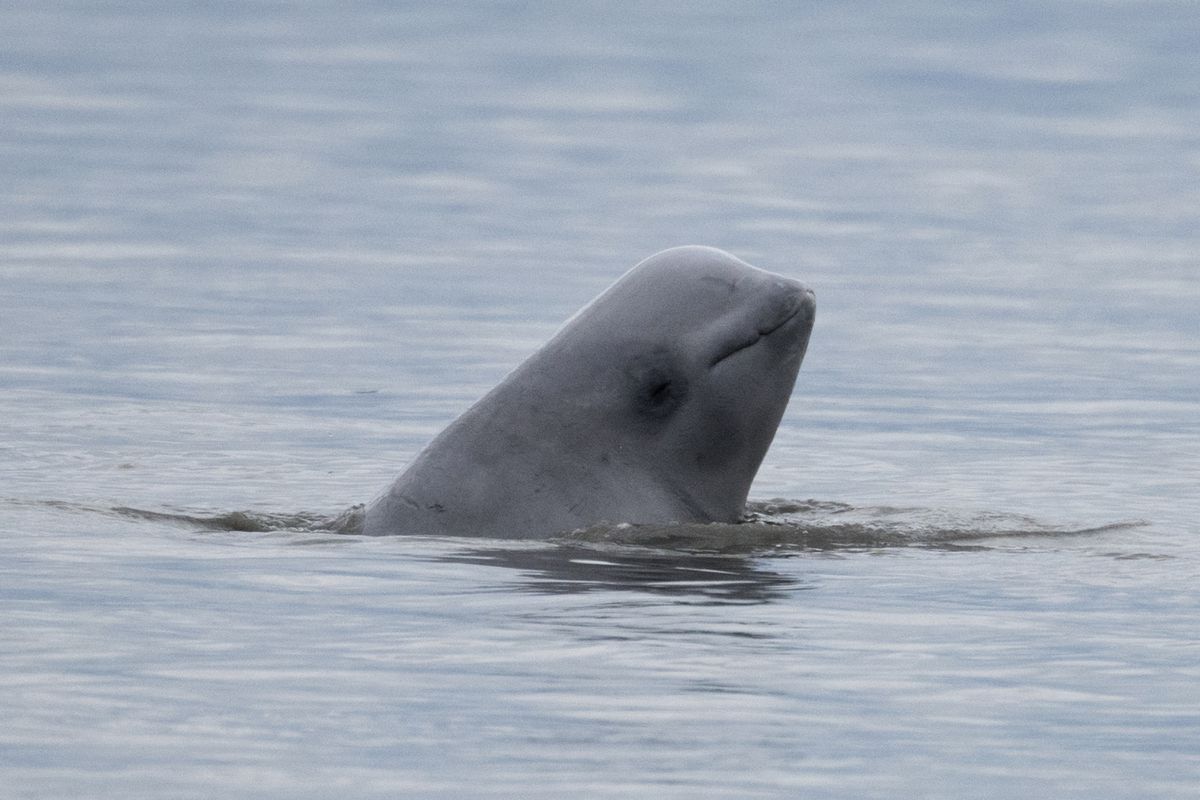 The announcement came three days after a federal agency said the population of white whales is declining faster than previously thought.

The Center for Biological Diversity and Cook Inletkeeper said they will sue the National Oceanic and Atmospheric Administration for violating the Endangered Species Act by not protecting Cook Inlet belugas. The formal 60-day noticed is required before the agency can be sued.

The groups contend that the agency’s authorization for Hilcorp Alaska to “take” marine mammals incidental to its oil and gas operations in Cook Inlet is harming whales.

The definition of "take" includes harassment or any sort of harm. The agency should not allow any take of Cook Inlet belugas until it can ensure their recovery, the groups said.

"The tragic decline of these lovely little whales spotlights the risk of allowing oil exploration in their habitat," said Julie Teel Simmonds, a Center for Biological Diversity attorney.

Seismic blasting used in petroleum exploration can reach 250 decibels and be heard for miles, the groups said. It can cause hearing loss in marine mammals, disturb feeding and breeding, interrupt whales' communications and reduce their ability to catch fish, according to the notice.

NOAA Fisheries spokeswoman Julie Speegle said by email the agency does not comment on pending litigation. A Hilcorp spokesman had no immediate comment.

All five U.S. beluga populations are in Alaska. The Cook Inlet whale numbers dwindled steadily through the 1980s and early ’90s and they were declared endangered in 2008. NOAA Fisheries in January 2017 released a recovery plan when the population estimate was about 340 whales.

A biennial survey released Tuesday, using data collected in summer 2018, estimated there were 250 to 317 whales, with a median estimate of 279. The reasons for the decline of the population remain unknown, the report said.

“If we’re going to save these belugas, the Trump administration must cancel permission for the oil industry to use seismic blasting and pile driving in Cook Inlet,” Simmonds said. “These animals are hanging on by a thread, and we can’t let them be hurt even more.”