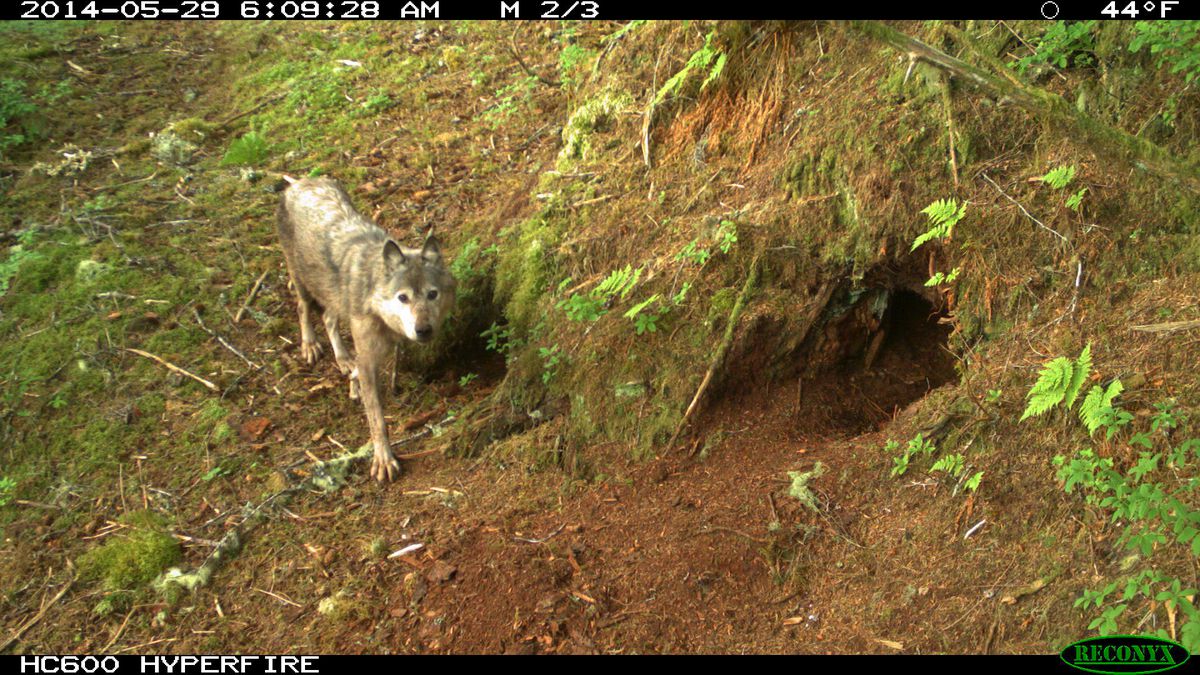 JUNEAU — Conservation groups asked the federal government Wednesday to provide Endangered Species Act protections to a Southeast Alaska wolf population they say is under threat from factors including the loss of habitat and hunting and trapping.

The Center for Biological Diversity, Alaska Rainforest Defenders and Defenders of Wildlife submitted the petition to Interior Secretary David Bernhardt and the U.S. Fish and Wildlife Service. An email seeking comment was sent to the Interior Department press office.

The petition seeks protections for the Alexander Archipelago wolf. While the wolf’s range includes parts of Southeast Alaska and coastal British Columbia, the groups say the wolves in Alaska, and particularly on Prince of Wales Island, are at notable risk.

The wolves primarily use low-elevation, old-growth forest habitat for creating dens, raising pups, moving and other activities, the petition states, adding that the habitat is also used by a main source of prey, the Sitka black-tailed deer.

The U.S. Fish and Wildlife Service, in a 2016 response to a previous request, determined the wolf did not warrant protections under the Endangered Species Act.

While the agency noted the wolves faced stresses throughout its range related to hunting or trapping, timber harvests, road building and climate, it said the best available information indicated that populations of the wolf "in most of its range are likely stable."

The agency said the population on Prince of Wales and nearby islands had been declining and further declines were predicted over the next 30 years. But it said wolves there constituted just 4% of the range of the Alexander Archipelago wolf and 6% of its estimated total population at that time.

Shaye Wolf, climate science director with the Center for Biological Diversity, said the new petition focuses on the wolves in Southeast Alaska, “where the threats are really concentrated and where we have documented population declines.” She said new information since the 2016 decision underscores the petitioning groups’ concerns.

The petition cites among the threats to the wolves large timber sales; a proposal that would exempt the Tongass National Forest from a ban on timber harvests and road building in roadless areas; trapping and hunting; climate change; and inbreeding.

The state Department of Fish and Game in March reported a record 165 wolves had been trapped in a management unit that includes Prince of Wales Island during the 2019-2020 season, a number the groups called alarming. It followed a change in harvest rules. The previous high came in 1996, when 131 were reported trapped, the department said.

Because of the time it takes to put estimates together, there is a lag. The department expects to complete its analysis for the fall 2019 estimate by late August, said Tom Schumacher, a regional supervisor with the department's Division of Wildlife Conservation.

The division’s director, Eddie Grasser, in April said that estimate will be among the information used in setting harvest limits for the next season. He said a reduced or closed season would be among the options considered.