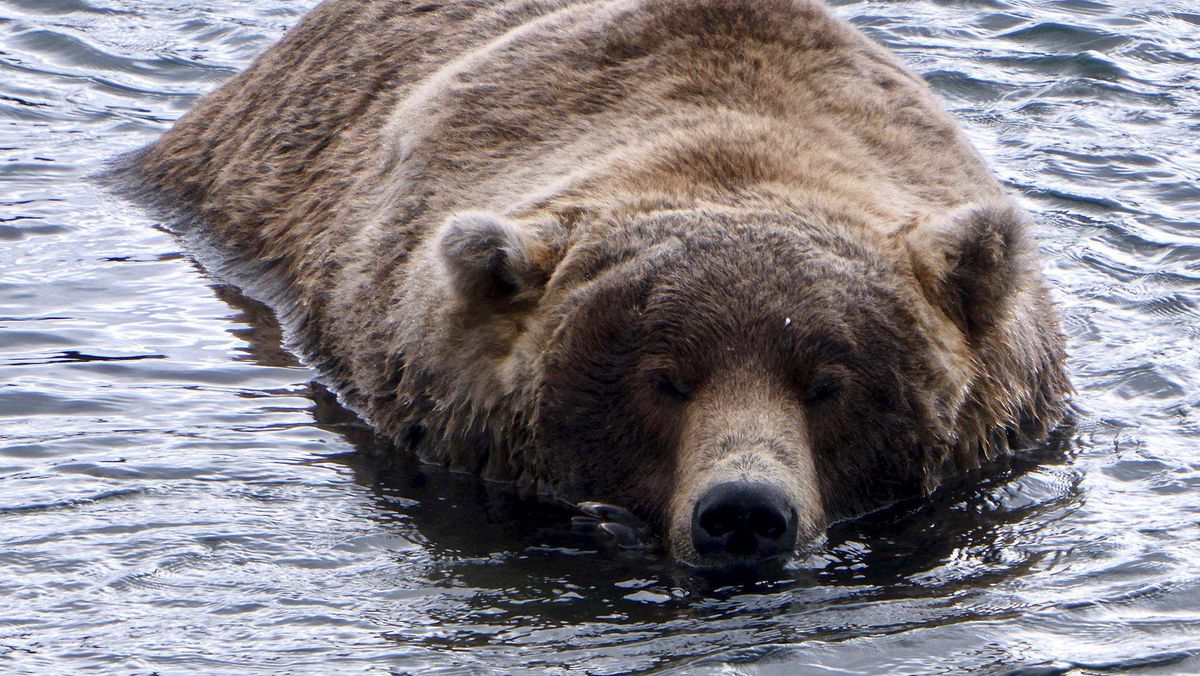 It’s time for the annual competition that pits Katmai National Park’s chunkiest predators against one another, and this year, some say the park’s famous brown bears are fatter than ever.

Fat Bear Week, a competition where fans can vote for their favorite big boys and girls, comes not a moment too soon in 2020′s harrowing news cycle. The bracket-style, single-elimination competition begins Wednesday and ends Oct. 6.

A dozen bears that have spent the summer loading up on salmon along the Brooks River before their hibernation this winter are in the running to be crowned this year’s fattest bear.

Voting will take place at explore.org/fat-bear-week, and each day’s matchups are available to vote on from 8 a.m. to 6 p.m. Alaska time. Many of the brown bears featured in the competition will be familiar to viewers of Katmai’s popular bear cams.

Some people might find bears preparing for winter to be especially relatable this year as many scrambled to stores in March, squirreling away goods for their own pandemic hibernation of sorts. And with gyms and yoga studios shuttered for so long, others might relate to the bears' sudden, added girth.

Katmai media ranger Naomi Boak said that a Fat Bear Week in the midst of a global pandemic gives people a chance “to get transported to this faraway place and watch and celebrate these wonderful bears.”

Despite the remoteness of Katmai National Park and Preserve, COVID-19 still found its way inside park boundaries. In July, the Brooks Camp Developed Area — where visitors can watch bears chow on salmon along the Brooks River — closed temporarily after park workers tested positive for COVID-19. Boak was one of those employees, but she didn’t experience symptoms of the illness, she said Tuesday.

With the late opening, a lodge at half-capacity and fewer visitors, the dynamics on the river among the bears changed, according to Boak. Though it’s not clear whether a smaller number of bear-viewing visitors was the primary reason the bears acted differently this summer, Brooklyn White, media ranger at Katmai, said the bears had more freedom and access to the river over the summer.

Bears were less territorial. And family groups played with other cubs — unheard-of behavior, according to White.

Additionally, the season’s salmon run broke records, White said, while the Brooks River saw roughly 800,000 salmon come through. Access to food for the bears was easy.

That means the bears really bulked up this year. Bears can gain over 2 pounds of fat each day in the summer and fall.

“This is probably the fattest Fat Bear Week ever,” Boak said. “I mean, it’s extraordinary. I did not see a malnourished bear out there ... they’re just fatter than ever."

When it comes to Fat Bear Week favorites this year, Boak and White said there are a few particularly competitive options.

White said a lot of people are still rooting for 435 Holly, last year’s champion. But White added that she sees a few “key players” who might come out on top. Bear 747 is the largest bear on the river but has never won. And 128 Grazer, known for her brazen personality in defending her cubs, will likely be in the finale as well after she moved farther upriver to fish due to an injury, giving her even more of an opportunity to gain weight, White said.

Boak also identified 151 Walker, a newcomer, as one to watch, as well as 480 Otis, who has won two Fat Bear Week competitions. Plus, a potential “surprise competitor” is 435 Holly’s spring cub because she grew huge, Boak said.

“She has done a lot of work to get fat, and she also did that on three legs because being a curious little girl, she decided that a porcupine might be a good friend to play with,” Boak said.

Apparently, the porcupine didn’t agree, and the bear hobbled around with quills in her paw before later recovering, Boak said.

The second matchup of the day is a familial fight to the finish, as the fledgling 812 faces off with his famed...

When it comes time to vote for the fattest bear, White said choosing a preferred contender is fairly subjective.

“This isn’t about the biggest bear,” White said. “You can be looking at the bears that have made the biggest growth between the beginning of the season and now, whether that’s battling a porcupine or having cubs alongside and having to take care of not only themselves but the cubs with them.”