Curious Alaska: Are there snakes in Alaska? 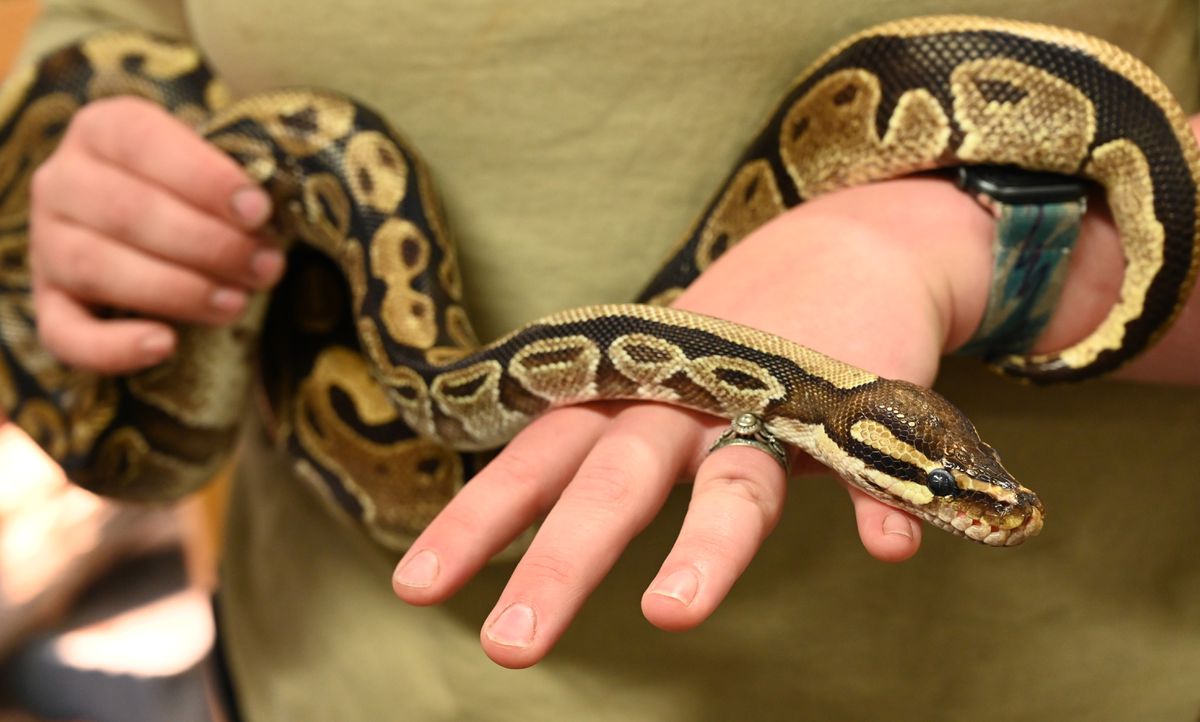 Question: Does Alaska have snakes?

It’s a question that Josh Ream, the president of the Alaska Herpetological Society, gets all the time.

And the answer is a little more complicated than a simple yes or no.

But that doesn’t mean people haven’t seen snakes in Alaska.

“There’s been reports statewide, from Fairbanks to Anchorage, on the Kenai Peninsula, along Turnagain Arm and throughout Southeast Alaska of snake sightings,” Ream said.

People around populated areas have reported snakes — or in the case of a Kasilof man, a dead snake — from time to time. But those were probably intentionally released pets or escapees, Ream said.

There were also sightings of garter snakes near hot springs in Southeast in the 1970s, but more recent surveys found no trace of them, Ream said.

Despite a lack of snakes in the wild, snakes have made news in Alaska from time to time. It typically involves an escape.

[Raccoons, wild pigs and other bad ideas for Alaska]

In 2017, a 17-foot-long, 100-pound pet python named Sam went missing in the Mat-Su, triggering a community-wide search and an alert from local government officials. The saga lasted two weeks, gaining urgency when a 4-year-old child briefly went missing before being found hours later. Sam was eventually discovered after slithering back into his owner’s home.

That same year, a pet snake was found loose on plane midflight between Aniak and Anchorage after its owner had apparently left it there on a previous flight. A few years before that, a seasonal firefighter was fined after violating a federal wildlife law and bringing a snake home to Alaska from a job in the Lower 48. Two snakes got loose in an aircraft.

The reason Alaska is so naturally snake-less is due to how cold it is. The ground freezes and there’s a lot of snow in the winter. Snakes are cold-blooded and tend to live in warmer places.

“I think that really precludes snakes from surviving up here,” said Dave Saalfeld, a biologist with the Alaska Department of Fish and Game.

The closest snake populations to Alaska are in southern Canada. But even as the world’s climate continues to change, an Alaska warm enough to accommodate snake populations is still likely several centuries off, if it happens at all, Saalfeld said. Winters in the state are just too dark and cold to be hospitable to a creature so reliant on external warmth.

“I would think it would be an extremely long time — I mean, well past any of our lifetimes before it would be habitable for snakes up here,” he said.

Once, Saalfeld caught a ball python, which is a popular pet snake, in someone’s Anchorage driveway. Even on a warm summer day, the snake was still cold and lethargic, unmoving. He recalled two other snake incidents in Southcentral: a corn snake (also a popular pet) found in a crawlspace, plus snake skins found along the Turnagain Arm Trail.

Alaska isn’t entirely free of reptiles; sea turtles have been spotted off the coast. Alaska does have a few amphibians, such as the wood frog, which can freeze itself solid to survive cold winters.

[The living dead: Each fall, wood frogs across Alaska freeze solid, and these parasites survive]

For the last 200 million years that snakes have been around, Alaska’s climate has gone through some major temperature swings, which means the region likely did have temperatures that were friendly to snakes millions of years ago, according to Pat Druckenmiller, who directs the University of Alaska Museum of the North and researches Alaska fossils.

At one point, some 55 million years ago, there were palm trees growing as far north as the Matanuska Valley. That probably would have made Alaska warm enough for snakes to live in. But fossils from that period are hard to come by, which means that even if snakes were here at the time, there are no fossils of them, Druckenmiller said.

Researchers have even looked specifically for snakes in the part of northern Alaska where Druckenmiller studies dinosaurs, he said, but they came up empty.

One place in Alaska that definitely does have snakes is the Alaska Zoo, home to two elderly ball pythons: Yaz, who’s 36, and 25-year-old Karuna.

While the zoo’s mission mostly surrounds Arctic and sub-Arctic species, the pythons — originally from north and west Africa — are an important exception, functioning as an education tool and helping people get over major snake fears, said snake zookeeper Alyssa Allen.

“Even up here, where we don’t have any native snakes to protect, it’s good to teach people that they’re not these big, scary things,” Allen said. “They’re just trying to live their life like any other animal.”