The ground beneath our feet is poised to make climate change much worse, scientists warn 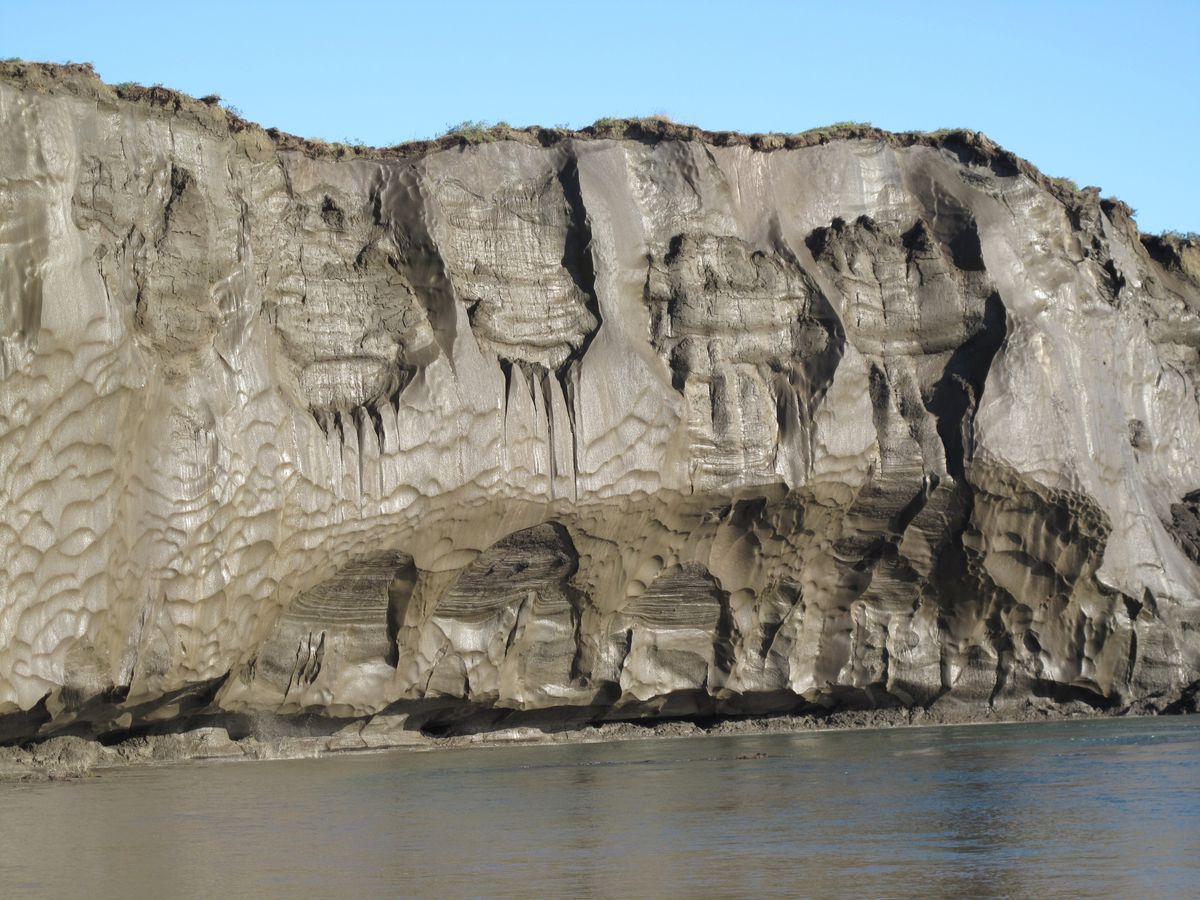 At a time when a huge pulse of uncertainty has been injected into the global project to stop the planet's warming, scientists have just raised the stakes even further.

In a massive new study published Wednesday in the influential journal Nature, no less than 50 authors from around the world document a so-called climate system "feedback" that, they say, could make global warming considerably worse over the coming decades.

That feedback involves the planet's soils, which are a massive repository of carbon due to the plants and roots that have grown and died in them, in many cases over vast time periods (plants pull in carbon from the air through photosynthesis and use it to fuel their growth). It has long been feared that as warming increases, the microorganisms living in these soils would respond by very naturally upping their rate of respiration, a process that in turn releases carbon dioxide or methane, leading greenhouse gases.

It's this concern that the new study validates. "Our analysis provides empirical support for the long-held concern that rising temperatures stimulate the loss of soil C to the atmosphere, driving a positive land C-climate feedback that could accelerate planetary warming over the twenty-first century," the paper reports.

This, in turn, may mean that even humans' best efforts to cut their emissions could fall short, simply because there's another source of emissions all around us. The very Earth itself.

"By taking this global perspective, we're able to see that there is a feedback, and it's actually going to be massive," said Thomas Crowther, a researcher with the Netherlands Institute of Ecology who led the research published Wednesday.

The new study is actually a compilation of 49 empirical studies, examining soil carbon emissions from plots around the globe. The different studies produced variable results, including some cases in which soils actually pulled carbon from the air rather than releasing it. However, the researchers insist there was a pattern globally that was "predictable": Soil carbon loss generally tended to track how much warming a region had seen, and how thick the upper soil layer was.

The paper therefore found that the biggest losses were in Arctic regions, where soils are warming rapidly and also where they are quite thick — but also that well down through the mid-latitudes, soils were also losing carbon. And the net result for the research plots as a whole was a loss of soil carbon.

The paper then extrapolated these findings for the globe, finding that by the year 2050, the planet could see 55 billion tons of carbon (which converts to 200 billion tons of carbon dioxide, were it all to be released in this form) released from soils. That's if we continue on with a "business as usual" scenario of global greenhouse gas emissions and accompanying warming.

"It's of the same order of magnitude as having an extra U.S. on the planet," said Crowther. The world has less than 1,000 billion tons of carbon dioxide remaining to emit in order to preserve a reasonable chance of holding the planet's warming below 2 degrees Celsius, a widely embraced target, so soil emissions could help to bust the carbon budget.

Crowther argues that until now, the science community has often left this potential carbon feedback from planetary soils out of its calculations because it wasn't well enough understood. "The entire magnitude of this feedback was removed from several of the earth system models, the models that inform [the United Nations' Intergovernmental Panel on Climate Change], because of its massive uncertainty," he says.

Moreover, he adds that while the study did heavily consider the Arctic and thus, regions of permafrost soil (a huge repository of planetary carbon), it only took into account emissions from the upper layer of soil, about 10 centimeters thick. So if warming liberates carbon from deeper permafrost layers too — a major fear — then the numbers presented above for soil emissions could be too small.

There is, of course, one potential offset to this — even as the Earth's surface is losing carbon from soils, it also appears to be putting at least some back again due to an increased growth in vegetation, which is being fertilized by more carbon dioxide in the atmosphere, in tern enhancing plant photosynthesis. However, Crowther does not believe this will suffice to offset soil carbon losses.

A recent study found that in the past decade or more, plant growth had indeed been sequestering more carbon dioxide — but as the lead author told the Post, It's good news for now. We can't expect it to continue.

Another researcher who focuses on Arctic soils and reviewed the study for the Post agreed with Crowther on plant growth, suggesting that even if models predict it may offset soil loses, field studies like the ones summarized here don't support that.

"This impressive work again highlights the largest losses of soil C from high latitudes, which agrees with field measurement and incubations that we've summarized in our work," said Ted Schur, a permafrost expert at Northern Arizona University. "These losses offset gains that are predicted in soil C in other temperature and subtropical ecosystems." Schur added that since the study only considers the first 10 centimeters of soil in the Arctic, "we might consider that a minimum loss since there is a lot of soil C beneath that."

Two other outside experts contacted by the Post took a similar tack.

"The authors correctly point out the lack of information from tropical ecosystems, in fact the southern hemisphere is not represented. Thus we need more data," said Charles Rice, a soil microbiology professor at Kansas State University who pointed out several limitations in the paper. But Rice nonetheless concluded that "the high latitudes are particularly vulnerable and a large source of CO2 back to the atmosphere. This highlights the need to do early action."

The study gives "strong support to the hypothesis that soils will release a substantial amount of carbon in response to rising air temperatures," added Jonathan Sanderman, a scientist with the Woods Hole Research Center who studies soil changes under climate change. "This is really critical, because if the additional release of carbon is not counterbalanced by new uptake of carbon by plants then it's going to exacerbate climate change and increases the urgency to immediately reduce greenhouse gas emissions."

But Sanderman also noted studies have suggested that better management of agricultural soils could sequester large amounts of carbon, perhaps enough to offset the losses projected in the new study.

"While this paper shows how soils are part of the problem, it's important to note that soils can also be part of the solution," Sanderman continued.