The mammoth's last stand: How the Wrangel Island herd died off 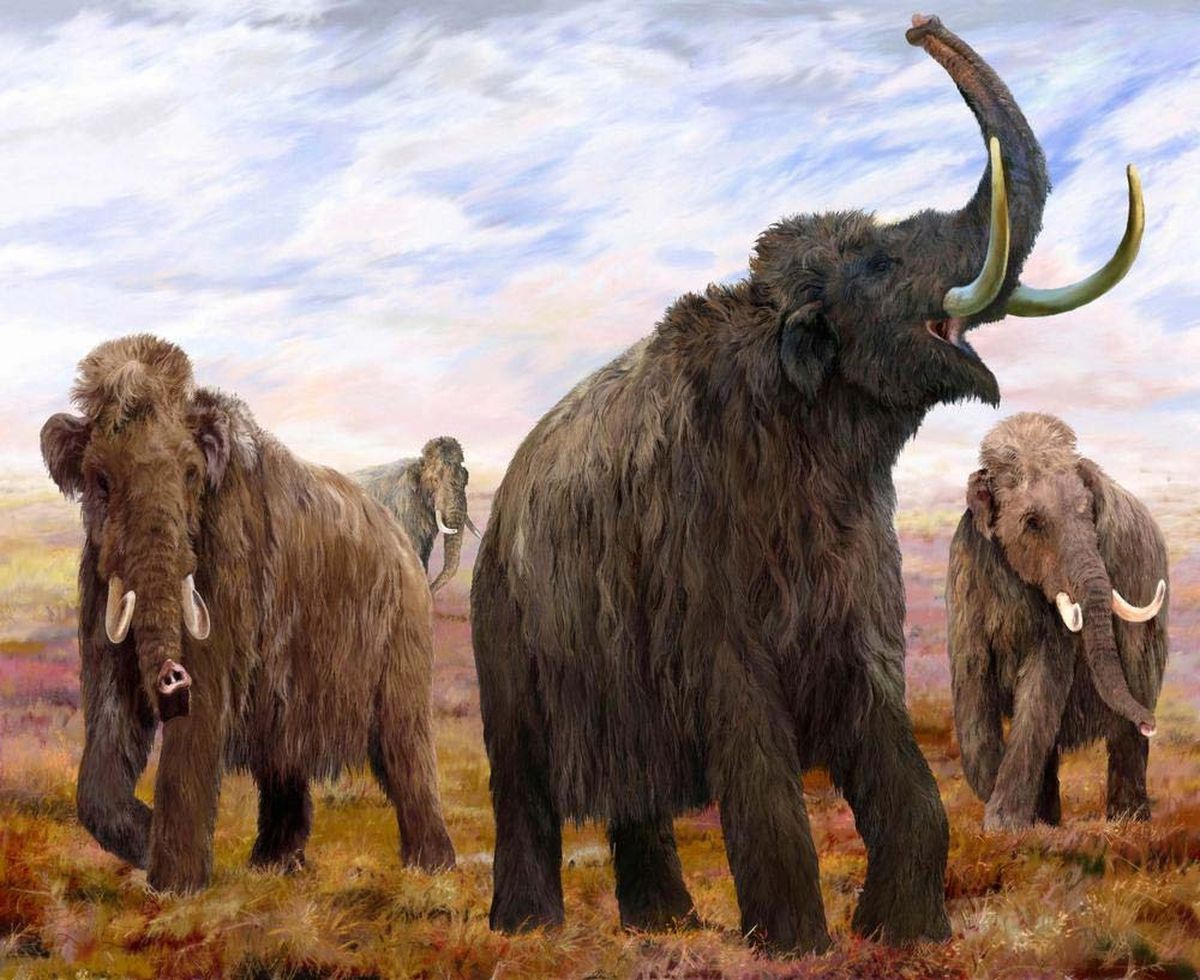 In a remote, mist-wrapped island north of the eastern tip of Siberia, a small group of woolly mammoths became the last survivors of their once thriving species. They fell extinct 4,000 years ago, having endured for some 6,000 years after the mammoths of the mainland had died off. From a message left in the tooth of a male mammoth, geneticists have now deciphered the probable reason for the population's demise.

The story is relevant to living populations of endangered species, because it supports the idea that as a population dwindles, natural selection becomes less efficient at purging bad mutations, leading to loss of genes and a slow meltdown of the genome. The implication is that once numbers fall below a certain level, genetic decline is irreversible.

Woolly mammoths once flourished from northern Europe to Siberia. As the last ice age drew to a close some 10,000 years ago, the mainland population perished, victims of climate change and human hunters. But some populations lived on for thousands of years, notably on two remote islands that had once been part of Beringia, the now foundered land bridge that joined Alaska to Siberia.

One of these refuges was Wrangel Island, a mountainous island set in polar seas and so inaccessible that Baron von Wrangel, the explorer after whom it is named, never managed to reach it. The other is St. Paul Island, which lies some 280 miles from Alaska and the Aleutians.

The mammoths on St. Paul survived until 5,600 years ago, but the reasons for their extinction have long been a matter of speculation. Last August, a team led by Russell W. Graham of Pennsylvania State University ruled out all the leading candidates, including human predation, polar bears, increased winter snowpack, volcanic activity and changing vegetation.

The real reason, they concluded, after examining lake bed sediments, was simply a lack of fresh water. Elephants are heavy drinkers and mammoths, their close cousins, were probably even more so, because they were adapted to the cold but were trying to survive in the post-ice age climate. During dry periods, only one lake on St. Paul was available and this seems to have failed as thirsty mammoths destroyed the plant cover around its shores.

The mammoths of Wrangel, a much larger island, survived for some 1,600 years longer and seem to have met a different fate. A team led by Eleftheria Palkopoulou and Love Dalen of the Swedish Museum of Natural History gained a major insight into the population history of the woolly mammoth by analyzing the whole genomes of two individuals. One was a mammoth from the mainland, from the Oimyakon district of northeastern Siberia, that died some 45,000 years ago at a time when the species still flourished. The other was from Wrangel Island and perished around 4,300 years ago, a few hundred years before the final extinction.

The dwindling population during this 40,000 year period suffered a reduction in genetic diversity of some 20 percent, the Swedish team reported, suggesting that the lesser fitness of the Wrangel mammoths might have contributed to their extinction.

In fact, the Wrangel mammoth's genome carried so many detrimental mutations that the population had suffered a "genomic meltdown," according to Rebekah Rogers and Montgomery Slatkin of the University of California, Berkeley. Analyzing the Swedish team's mammoth data at the gene level, they found that many genes had accumulated mutations that would have halted synthesis of proteins before they were complete, making the proteins useless, they reported Thursday in PLOS Genetics.

The mammoth had lost many of the olfactory genes that underlie the sense of smell, as well as receptors in the vomeronasal gland, which detects pheromones, hormonally active scents that influence the behavior of other individuals. Loss of such genes, to judge by the situation with elephants, could disrupt mate choice and social status.

Another damaged gene is called FOXQ1, which affects the structure and translucency of hair. Mammoths had thick, rough hair that provided essential insulation in ice age climates. Damage to FOXQ1, at least in some mice and rabbits that carry the same damaged form of the gene, causes hairs to become less stiff and shiny, taking on a satin appearance. A herd of Wrangel mammoths in moonlight might have shimmered like ghosts, but any compromise to their insulation would have jeopardized survival.

There has been a long theoretical debate among biologists as to whether or not species are driven to extinction before genetic factors have time to play a role. The two snapshots of the woolly mammoth genome, one while it flourished and the other near extinction, support the idea that there is genomic meltdown in small populations that contributes to extinction.

"This is probably the best evidence I can think of for the rapid genomic decay of island populations," said Hendrik Poinar, an evolutionary geneticist at McMaster University.

The discovery that individual genes were deleted in the Wrangel mammoth's genome is a "very novel result," and if confirmed, "will have very important implications for conservation biology," Dalen said.

Those implications do not seem particularly hopeful because they imply that once genomic decline has begun in a threatened species, it is irreversible. The upside, Rogers said, "is that it took hundreds of generations on this island to get a signal as strong as we saw."

Several mammoth specialists and the biologist George Church of Harvard Medical School have proposed resurrecting the mammoth by making the necessary genetic changes in the very similar elephant genome, and then bringing the altered genome to life in the womb of an elephant surrogate mother.

Though little more than a charming fantasy in 2008, when Church proposed the idea, some of the many technical obstacles have come to seem slightly less daunting. But it's now evident that some mammoth genomes would make hardier animals than others.

"I wouldn't recommend using a Wrangel Island mammoth as a template," said Beth Shapiro, a biologist at the University of California, Santa Cruz, and author of "How to Clone a Mammoth."