Comedian Howie Mandel talks marriage, time travel and the time he played Anchorage in the ’80s 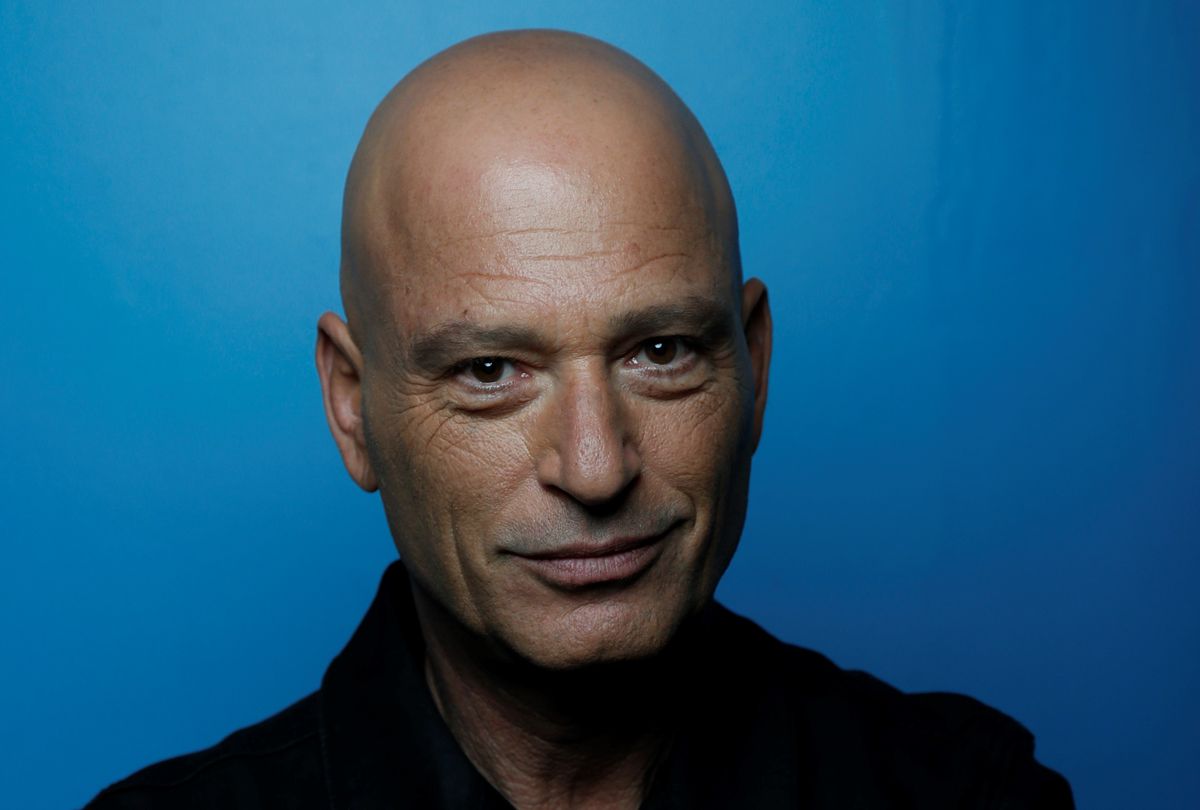 Few people have as much widespread appeal as Howie Mandel. Many know him for his work on two popular TV programs: hosting both the American and Canadian versions of the game show “Deal or No Deal” and as the longest-serving judge on “America’s Got Talent.” Others may recognize Mandel from his voice-over work in children’s cartoon “Bobby’s World,” starring role in medical drama “St. Elsewhere” or myriad other television appearances since the late ‘80s.

If you’re more of a bookworm than a couch potato, he’s still got you covered. Mandel is the author of the best-seller “Here’s the Deal: Don’t Touch Me,” chronicling his struggle with OCD and ADHD.

Above all, Mandel considers himself primarily a stand-up comedian — his oldest role and favorite thing to do.

“I love it because it’s a lot more freeing. There are no marks to hit, no lines to recite, no commercials to throw to. It’s like a giant party and I’m trying to be the center of attention,” he said.

Reached by phone in Los Angeles, Mandel (who’s originally from Willowdale, Ontario) also talked about the early days of his stand-up career, his thoughts on the comedy industry today and how he’s maintained a 40-year marriage with a hectic show business schedule.

ADN: I’ve heard rumors about your previous visits to Anchorage. How well do you recall those?

Mandel: My first time in Anchorage was at this place called PJ’s in the ‘80s. My opening act was a stripper. This time my opening act is a guy by the name of John Mendoza who’s done Letterman and Carson – he’s one of Johnny Carson’s favorites. Very funny guy, but he will not be stripping.

ADN: What’s your favorite joke you’ve ever told on stage?

Mandel: I don’t have one. I’m not really a joke-teller. I live in the moment. It’s very improvisational. After 40 years, I have a plethora of material to draw from. But I love when I’m taken off that beaten path. Maybe there’s something that happens in the moment, in the room, on that stage. That thing that I’ve never done before and will never do again becomes my favorite thing for that moment.

ADN: Can you talk about the first time you killed onstage?

Mandel: The very first time I went up on stage, and it was a dare. I don’t know if I killed, but people were laughing, and I didn’t really understand what they were laughing at. But I’ve been trying to reclaim that moment every day and every hour and every minute of my life since.

ADN: What are your biggest influences?

Mandel: My biggest comedic influence is Richard Pryor, although you wouldn’t see any similarity between Richard and me. When I came out here in the ‘70s to California, I watched him every night at the Comedy Store, and it was the first time I watched somebody so bravely workshop what could possibly be construed as painful realism and turn it into brilliant, hilarious stand-up comedy.

ADN: When did you first feel like you made it?

Mandel: I think making it in life is finding something that you’re passionate about and get excited to get up to do every day. The moment I went up on an amateur night on a dare, I felt I made it. I didn’t have to have notoriety or fame, I just needed to know there was a place I could go and do stand-up comedy. I think in life that’s what we have to do, we have to find something we’re passionate about and do it.

ADN: What’s the interview question you’re most tired of being asked?

Mandel: I don’t know that there’s one question. I’m still fascinated that at this point after 40 years, anyone is even interested in asking me a question or showing up to see what I do. I think it’ll be more tiresome or negative when there are no more questions that people will even care about asking.

ADN: What’s the most interesting thing you’ve read or heard about yourself that isn’t true?

Mandel: Somebody said they were going to marry me, but I’ve been married for 40 years. I don’t know if it was false; she had plans. She really thought she was going to marry me. Maybe it was true in her mind?

ADN: On that note, what’s your secret to maintaining a long-lasting relationship?

ADN: Would you rather be starting out in comedy when you did or today?

Mandel: I don’t know if it’s harder today because I’m not starting out today, but things used to be much more defined as far as you had to get to ground zero, which was L.A,, and get seen at the Comedy Store. That being said, you probably can start a career by not even putting on pants in your own bedroom and throwing up something on YouTube. So I don’t know what’s better. I’m happy that I did what I did when I did and I got to see what I got to see. There was an explosion in the mid ‘70s in comedy like I haven’t seen since. People were playing arenas and every television show had a comedian and every sitcom was based on a comedian’s life. It was pretty exciting.

ADN: If you could time travel to visit your past self or your future self, what would you choose?

Mandel: I would like to visit my past self 30 seconds ago. I’d go back in time, but not really far. I don’t want to know what the future offers. But oh my God, I’d like to go back to right before you asked me that question.

ADN: What’s the most obscure thing you’ve done that people recognize you from?

Mandel: Being Gizmo from “Gremlins.”

ADN: Are there any pursuits left that you want to do?

Mandel: I’m not getting recognized at all in the world of dance, and that’s always been a side passion. So I’d like to get a little more recognition in that area.

ADN: The only “America’s Got Talent” hosts you haven’t worked with are Brandi and David Hasselhoff. Which one of them would you bring back?

Mandel: Brandi, because I love her music and as coincidence would have it, when I do dance, those are the tracks I use.

ADN: What’s one fact about you that most people are surprised to learn?

Mandel: That I’m fluent in Mandarin.

ADN: Is that true? Can you say, “I’m fluent in Mandarin,” in Mandarin?

Mandel: No, that’s the one sentence I can’t say.

ADN: What’s one question you wish you were asked more?

Mandel: Can I give you a million dollars?