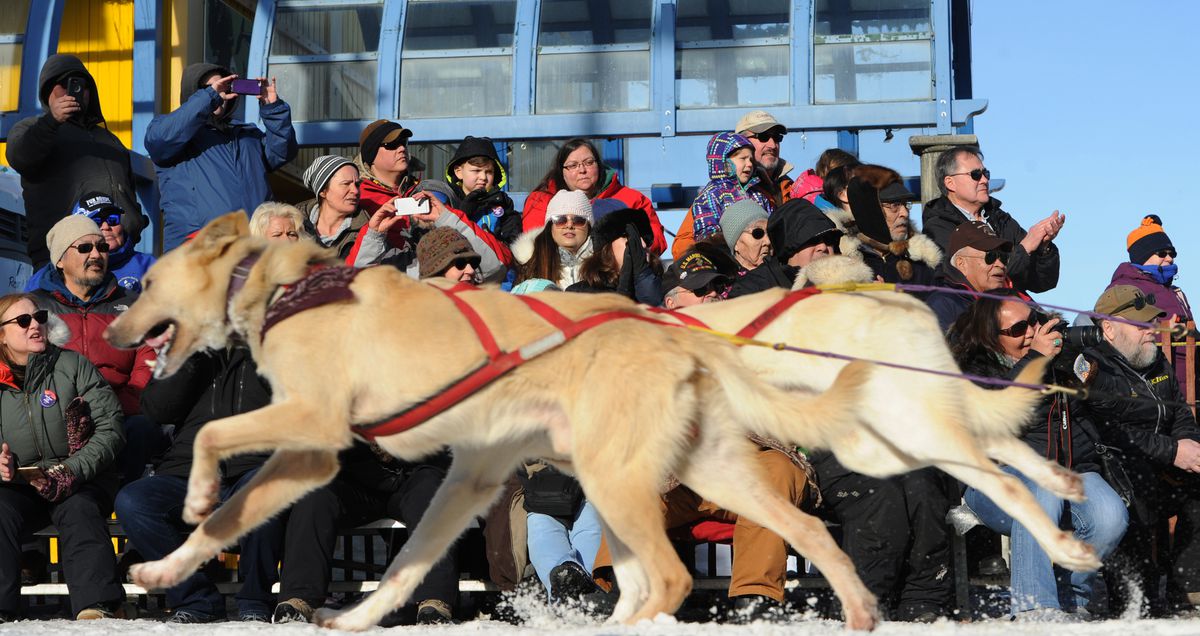 From reindeer sausage eating competitions to snowshoe softball, there’s something for everyone at the 85th Fur Rendezvous festival.

Fur Rondy has been going since the 1930s, but there are still plenty of new events this year — like the Blizzard Bash, which features a free concert from I Like Robots at Town Square Park (5:30 p.m. March 6) and the Poker Run (5 p.m. March 6). For a complete schedule, visit furrondy.net.

[Related: Eating out over Rondy: you’re cold, hungry and downtown. Here’s where to go.]

Alaska State Snow Sculpture Championship — Walk among towering snow sculptures and see artists hard at work on their masterpieces. Judging will happen at 10 a.m. Sunday, March 1, followed by awards at noon. Sculptures will be on display throughout the duration of Fur Rondy (you might want to check them out earlier rather than later — melting is always a risk factor). Ship Creek, 111 W. Ship Creek Ave.

Melodrama: Jill and Red’s Bodacious Quest — The 30th annual Fur Rondy original melodrama musical follows the daughters of Bill and Ted, Jill and Red. The two of them must use their fathers’ time machine to travel through history and assemble a team of heroes to stop a villain from eliminating music from the world. $25-$35. Runs from Feb. 28 through March 14: 7:30 p.m. Fridays, 3 and 7:30 p.m. Saturdays, 2 and 6 p.m. Sundays, 7:30 p.m. Thursdays. 49th State Brewing Co., 717 W. Third Ave. (centertix.com)

Open World Championship Sled Dog Races — Sprint mushing teams will race against one another over three days of the same 25-mile route for a total of 75 miles. The course — lined with thousands of spectators — winds through forests, across major roads and back downtown. Starts from the corner of Fourth Avenue and D Street downtown. Starts at noon each day Friday-Sunday, Feb. 28-March 1.

Outhouse Races — Witness groups of costumed Alaska locals race down the road with decorated port-a-potties on skis. The world’s largest outhouse races are a humorous competition to find the king or queen of the porcelain throne. 4 p.m. Saturday, Feb. 29. Fourth Avenue and E Street.

Snowshoe Softball Tournament — It is a lot harder than you would think. Watch competitors take on the silly challenge, or rally your friends and family for this sport with an Alaska twist. 8:45 a.m.-6 p.m. Saturday, Feb. 29 and Sunday, March 1. 16th Avenue and Cordova Street.

Minors and Nappers — Getting the little ones in the Rondy spirit by making trapper hats in Spark!Lab and panning for gold in Art Lab. Dress up like a sourdough in an old-time photo booth and design a Rondy-inspired pin at the trading booth. 1-4 p.m. Saturday, Feb. 29. Entry included in museum admission. Anchorage Museum, 625 C St.

Rondy DASH — In this scavenger hunt, teams of two to four people have 90 minutes to complete as many designated checkpoints as possible, which will be at downtown businesses and Fur Rondy events and exhibits. Whichever team gets back to home base — also known as Town Square Park — first is the winner. Prizes are awarded for the best costumes, and everyone who completes the scavenger hunt within the allotted time will be entered to win the grand prize of four round-trip tickets wherever Alaska Airlines flies. $30 per team for two; $45 for a team of three; $50 per team for four. 10 a.m. Sunday, March 1. Town Square Park, Sixth Avenue and E Street.

Big Fat Ride — Join dozens of fellow fat-tire bikers on a beginner-friendly ride through Anchorage. The 5-mile loop will begin on Fourth Avenue and continue down the Coastal Trail to Westchester Lagoon. $20. 3:30 p.m. Saturday, Feb. 29. Fourth Avenue, between F and E streets.

Reindeer Sausage Eating Contest — Think you have what it takes to be crowned? Participants will have 10 minutes to devour as much reindeer sausage as physically possible. 9 p.m. Thursday, March 5. Humpy’s Great Alaskan Alehouse, 610 W. Sixth Ave.

Poker Run — Bikers, skiers and runners alike can participate in this new Fur Rondy event. Participants will collect cards along one of three routes to create a poker hand by stopping at stations along the way. Those with the highest poker hand will be declared victorious. Bikers will begin at Tyson Elementary and end at 185 W. Ship Creek Ave. Skiers will travel westward on the Chester Creek Trail and finish at Ben Boeke Ice Arena while runners will go east to Davenport Fields, circle back and finish at Ben Boeke Ice Arena. Maps can be found at rondy.net. $10 for children (best hand for kids 12 and younger will be played as Go Fish). $25 for adults. 5 p.m. Friday, March 6. Ship Creek and Chester Creek.

Iditarod Ceremonial Start — From downtown Anchorage to the Campbell Creek Science Center, spectators can see the 58 mushers and sled dog teams in action before they head out to Willow for the official start of the nearly 1,000-mile race the following day. 10 a.m. Saturday, March 7. Fourth Avenue and D Street.

Running of the Reindeer — Like running with the bulls, but better. Running of the Reindeer is perhaps one of Fur Rondy’s most iconic events, where participants have the opportunity to run alongside these furry creatures. Runners will divide into one of four categories — guys, gals, groups and tourists — while raising money for Toys for Tots. $30. 4 p.m. Saturday, March 7. Fourth Avenue between H and D streets.

Miners and Trappers Goes Platinum — Celebrate the 70th anniversary of this Fur Rondy staple. Whether you’re a spectator who enjoys a scruffy face or someone with one, there is fun to be had all around. Categories include the “Mr. Fur Face Contest” and the Alaska State Championship Beard and Moustache Competition. $30. 5:30 p.m. Saturday, March 7. Egan Center, 555 W. Fifth Ave.

Wild Thing Competition — Contestants will participate in a pizza-eating contest, a costume contest and a call of the wild in hopes of finding the ultimate wild thing. 8 p.m. Friday, March 6. Flattop Pizza & Pool, 600 W. Sixth Ave.