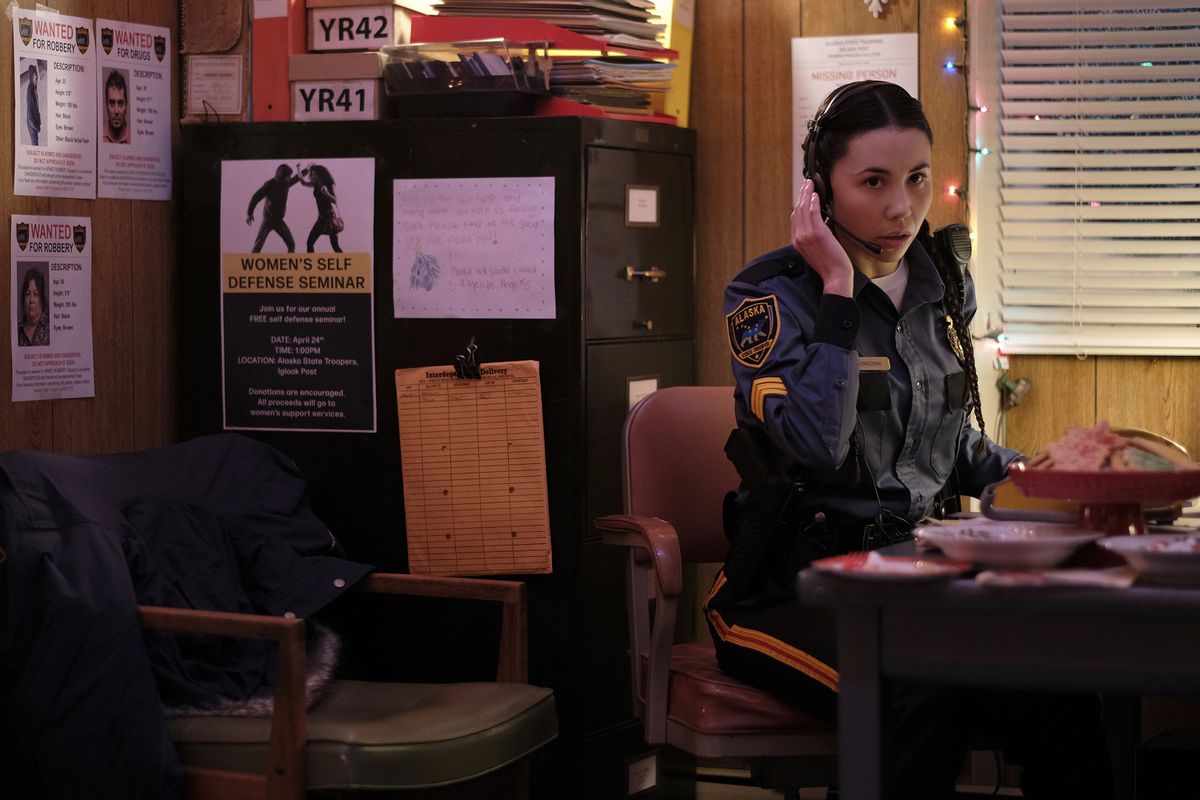 Marika Sila as Sgt. Yuka Mongoyak in "The Traveler," an episode of the CBS All Access series "The Twilight Zone." (Photo by Robert Falconer/CBS)

Marika Sila as Sgt. Yuka Mongoyak in "The Traveler," an episode of the CBS All Access series "The Twilight Zone." (Photo by Robert Falconer/CBS)

Trouble is brewing in the fictional town of Iglaak, Alaska: It has entered “The Twilight Zone.”

The 2019 CBS All Access series is the third revival of the original 1959 series. This time it’s narrated by actor and filmmaker Jordan Peele.

Canadian actress Marika Sila plays Sgt. Yuka Mongoyak in the series’ fourth episode, “A Traveler,” which is set in a town above the Arctic Circle (though it was filmed in Vancouver, British Columbia). Like her character, Sila is Inuit. Her tribe is from Tuktoyaktuk, Northwest Territories, which lies on the coast of Beaufort Sea. Sila says that hundreds of years ago, her tribe branched off from the Thule tribe in Alaska.

Sila says she’s honored to be part of such an iconic series playing an indigenous woman.

“I didn’t really connect with any Native actresses when I was younger,” said Sila. “I think if I was young and I saw indigenous actresses, I would have related to them more and believed in myself more — but it’s taken until now for everything to really happen.”

In the episode, Mongoyak is a cop who has to deal with an unexpected visitor at the police station, played by Steven Yeun. Mongoyak’s boss — portrayed by Greg Kinnear — invites the traveler to the annual holiday party, and then things get weird.

After reading the storyline, Sila says she fell in love with her character but had no idea the story was part of “The Twilight Zone” series until she booked the role.

“It was very empowering to play Sgt. Yuka Mongoyak,” said Sila. “Just her as a character — she’s really strong and confident and she has everything together — or she feels she does at least. Playing a strong role like that has really given me a sense of empowerment in my own life.”

Sila says she feels the responsibility to make her family and people proud.

“My mom grew up on ‘The Twilight Zone,’ and my dad and my uncles,” said Sila. “When they heard, they were so excited. … I think it’s a good beginning for indigenous actresses and indigenous artists in general.”

“A Traveler” was written by Glen Morgan from “The X-Files” and directed by Ana Lily Amirpour from “A Girl Walks Home Alone At Night.”

The episode will be available on streaming service CBS All Access on Thursday, April 18.