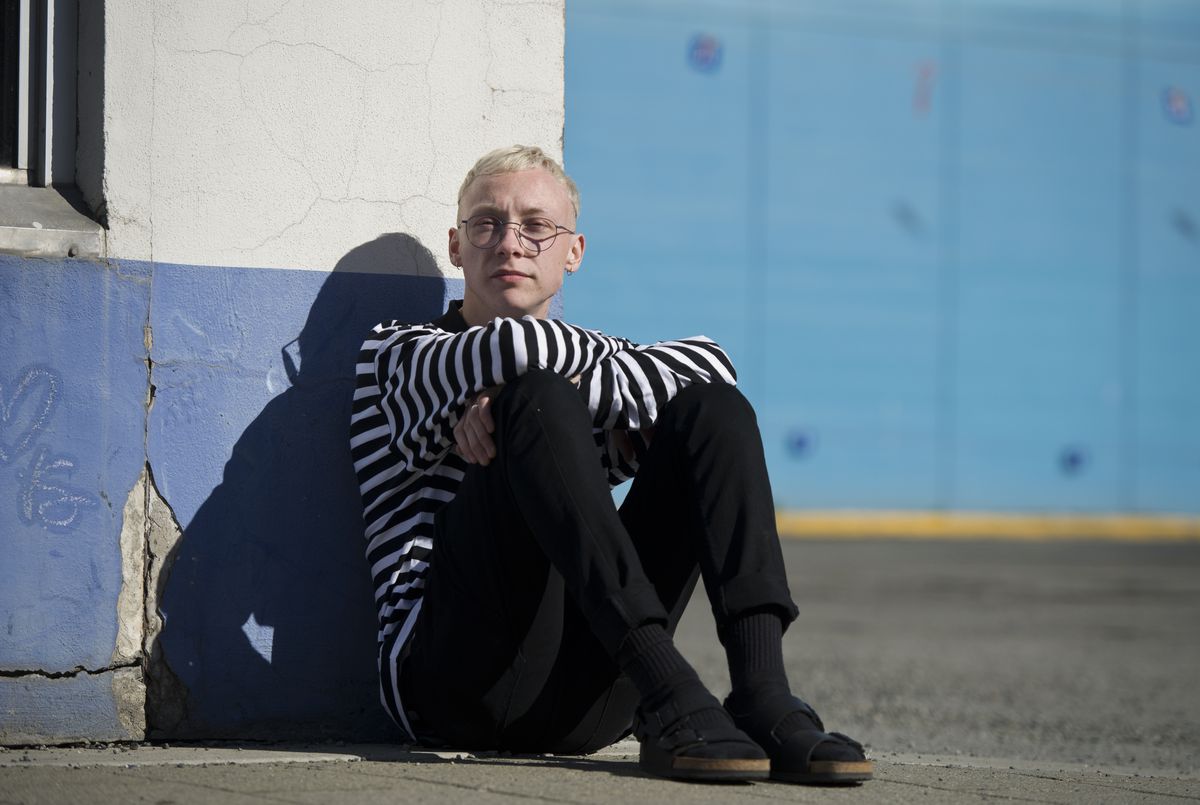 The last few weeks have been a whirlwind for Quinn Christopherson and Nick Carpenter.

After they were crowned NPR’s Tiny Desk Contest winners last month, the Anchorage duo was flown to Washington, D.C., to play their set at NPR headquarters. On Monday, they’ll head out on tour with NPR Music until the end of June.

“I’m just so excited to get on the road and play music for people that want to hear it,” Christopherson said in an interview Thursday. “I can’t even believe this opportunity. It’s a dream come true.”

Christopherson’s Tiny Desk Concert featured three songs: “You Told Me,” “Glenn” and his original submission for the contest, “Erase Me.” While it wasn’t included in NPR’s video due to copyright reasons, he also sang for the crowd his favorite song, “Harden my Heart” by Quarterflash.

“What was most striking about their performance was their unfettered confidence. Watching them play together and hearing their songs, with their interweaving guitar lines and vocal harmonies, feels like seeing two brothers performing old favorites. The concert was fun and, at moments, reverent,” Bob Boilen, creator and host of NPR’s “All Songs Considered,” wrote in a post about their concert.

Christopherson said the room was jampacked with NPR employees, eager to hear what they had to play.

“We start playing and it’s just silent,” said Christopherson, who is Athabascan and transgender. “It was a really, really nice crowd, a crowd that was really there to hear what we had to play.”

Carpenter — who heads his own band, Medium Build — accompanied Christopherson in his Tiny Desk video submission. He was surprised at how unassuming the Tiny Desk “stage” was; it was more like a dolled-up corner of NPR’s newsroom. He even made his own contribution to the iconic bookshelf: an Aces hockey puck, which sits in the lap of a teddy bear.

“It felt like playing at Uncle Leroy’s (Coffee in Anchorage),” Carpenter said. “It was like, ‘Cool, yup, people are here, right on, let’s do it.’ ”

Christopherson says having a familiar face beside him onstage made him more comfortable for his performance.

“It was really special knowing that Nick has been with me since the start and supported me from the start,” Christopherson said. “I couldn’t picture myself there with anyone else.”

In addition to his Tiny Desk offer, Christopherson was the recent recipient of a Rasmuson Individual Artist Award, which he will use to buy instruments and equipment that he hasn’t been able to afford since he started performing.

After performing “You Told Me” at NPR, Christopherson looked at Boilen and said, “I don’t know if you know this, but when you called me and you told me, ‘You won,’ I got off the phone and I thought, ‘Dang, I should buy a guitar.’ Legit did not have one.”

The second song in Christopherson’s set, “Glenn,” is a tribute to his father and a homage to his life in Anchorage.

“Me and my dad, we’re two peas in a pod / And I look just like him, too,” he sings. “Driving through Spenard to the bowling alley / he got me my own ball and matching shoes / I was a real bad sport, I never like to lose / But he kept showing up and teaching me the rules.”

Christopherson is as much of a storyteller as he is a singer. Between songs, he sprinkled in anecdotes about his life and family back home.

“My dad wanted to come but I told him he better stay back because I know he would just show up in all the Seahawks gear,” Christopherson said during the concert. “He’s got, like, the hat, a matching jacket, and if it’s cold he’s wearing gloves, too. But he says he doesn’t buy any of it, it’s all gifts. Anyway, that’s Glenn.”

During their tour, Christopherson and Carpenter will play in Seattle, Los Angeles, Austin and New York.

“We’re going to encounter the first wave of Quinn fans,” Carpenter said. “This is a really cool era right now where we get to see what the initial group of people that align themselves and feel seen by Quinn look like and what they talk like and who they are. I’m stoked.”

Christopherson’s music is available on Spotify, iTunes and YouTube.