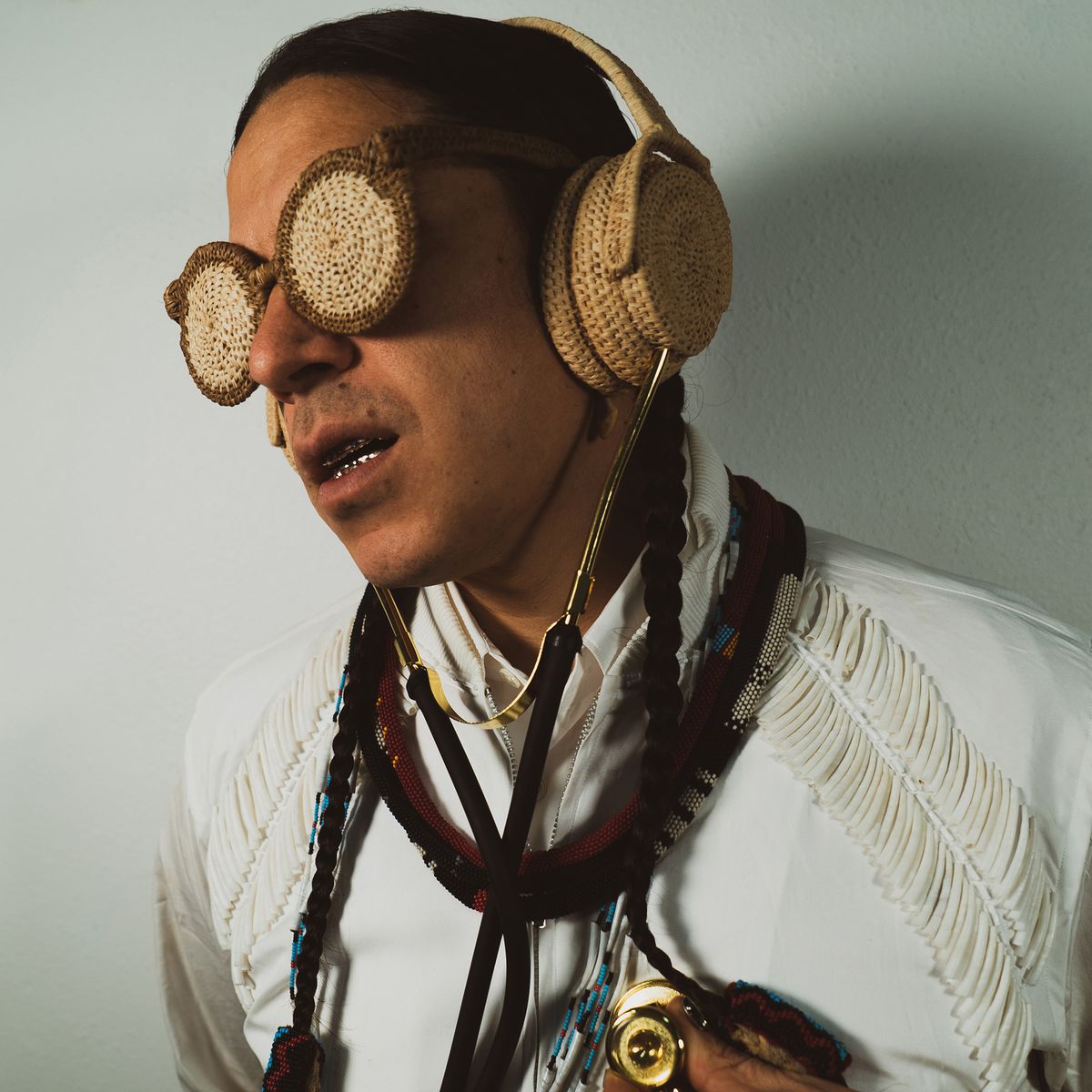 Other artists under the label have included Nirvana, Soundgarden, Flight of the Conchords, Orville Peck and The Shins.

“To share this (album) with the support of Sub Pop, for me ... I grew up with all of the work and music that they have shared through my childhood,” frontman Nicholas Galanin said. “It has been a dream to be working with them.”

Galanin said the release of their April album, “Indian Yard,” has been a long time coming. Galanin and his bandmates, Otis Calvin III and Zak Dylan Wass, began working on the album in 2017.

“I am thrilled for the record,” Galanin said. “We worked really hard on it for three years, basically.”

Galanin, who is Tlingit and Unangax̂, is most widely known as one of the foremost voices in contemporary Alaska Native art. Just last week he unveiled “Indian Land,” a 44-foot tall sign at Desert X, a biennial art exhibition that takes place in California’s Coachella Valley.

The band’s name refers to Galanin’s Tlingit name, Ya Tseen.

“Having space and a voice in this place is not very common, statistically, for our communities,” Galanin said. “I am always aware of that and grateful for that ... I think it’s absolutely necessary.”

Ya Tseen has released two singles, featuring steady, synthy crescendos in “Close the Distance” and electric echoes from Galanin and Portugal. The Man’s John Gourley in “Knives.” Both singles were released with accompanying music videos.

Prior to the pandemic, some of the artists flew out to Galanin’s Sitka studio to record. Other tracks were recorded in Seattle.

“They are all incredible — everyone who worked on the record. I think the highest of them,” Galanin said. “To have them participate in the process of music collaboration, that’s where the action happens.”

Galanin says the band is already at work on the next record.

“I feel good,” Galanin said. “We have a lot of projects going on right now, so this is definitely in there with it. As far as what’s to follow, it’s going to be a continuation of creating — visual art, music — all the things ... it’s always happening.”