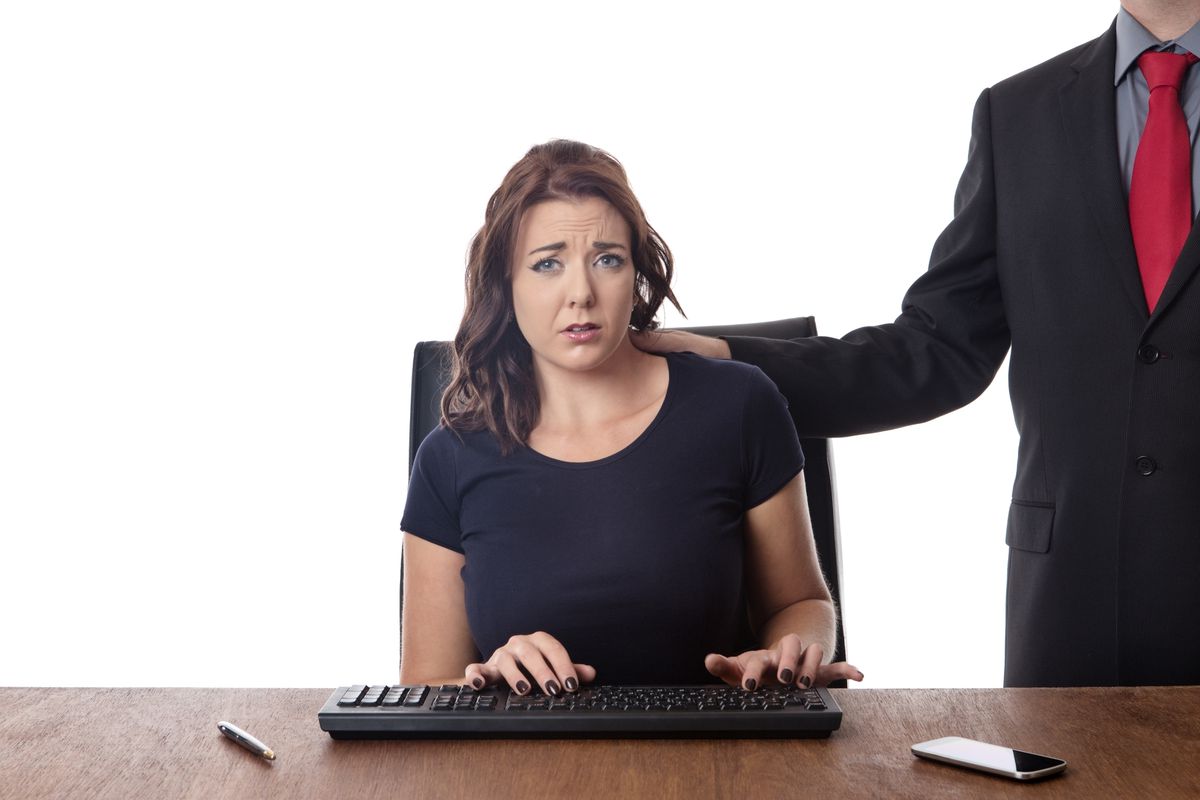 Companies must create a workplace free of sexual harassment. But what about when the harasser is a senior manager at your company’s key client? (Thinkstock)

Companies must create a workplace free of sexual harassment. But what about when the harasser is a senior manager at your company’s key client? (Thinkstock)

Q: Soon after I landed an entry-level job with a major Anchorage employer, a senior member of their team sent me sexually suggestive texts. I did nothing to solicit these texts and they shocked and scared me. I told my supervisor, who alerted human resources. Human resources investigated, but nothing ever happened.

After several months, I resigned and now work for a consulting firm and one of our largest clients is my former employer. I've been put on the project and this means I'll have to interact with this man.

I've decided to take the high road, and although I've briefed my project manager and our HR officer, I plan to treat this man professionally and as if we have no past. He's never been inappropriate in person, just in text. I'd prefer he didn't text or contact me except with work-related email, and have told him this multiple times. Unfortunately, he still texts me.

Also, I've found out he's engaged in similar behavior with at least three other women in my field, including someone at my current company. He calls her several times a week, and she fears that if she blocks his calls, he'll retaliate against our company with trumped up complaints. So, though his calls make her uncomfortable, she takes them and just ends them as quickly as she politely can.

Allegedly, his past work experiences include punching a wall in front of a woman. I've heard his current employer turned a blind eye to these rumors and plans to ignore the problem.

Our company can't afford to fire this client. How do we manage this? I'm worried my co-worker or I may wind up in a bad situation if we continue to interact with him, but neither of us sees any other choice.

A: The behavior you describe sounds both creepy and obsessive. Your initial employer did the right thing by investigating, however, they should have told you the investigation's outcome, even if they didn't tell you the discipline they administered.

Meanwhile, your employer needs to protect you and your co-worker. "Employers have a duty, based on case law," says attorney-turned-HR-consultant Rick Birdsall, "to maintain a workplace environment free of sexual harassment. Failure to address such issues creates employer liability. Employers need to realize that the 'environment' extends beyond the physical workplace and includes all participants in the environment, including outside contractors, vendors and others who interact with an employer's employees." For this reason, restaurants and retailers note that they have the right to refuse to serve problem customers.

You're correct that when a small business relies on client revenue and the potential harasser holds a key position in the client company, this becomes more challenging. In similar situations when our company has served small professional services firms as their "HR on-call" vendor, we've discretely contacted the CEO or HR officer at the client company and let them know that they employ a ticking time bomb. In every case, if we can prove what we allege, the client company takes care of the situation. If they don't, and if their problem individual later creates an internal problem after we've put them on notice, they face extreme liability.

Here's what your company needs to handle this for you. If you have the texts, print and provide them as evidence. During the work day, be polite, however neither you nor your co-worker need to take this man's calls after hours. Further, make sure nothing you or your co-worker do signals that you consent to this man's unwanted attention. Know that the more often he contacts you, the more evidence he gives you. Neither of you need to take calls after hours. Finally, don't wait too long to act.