Uber and Lyft are starting operations in Alaska. Here’s everything you need to know. 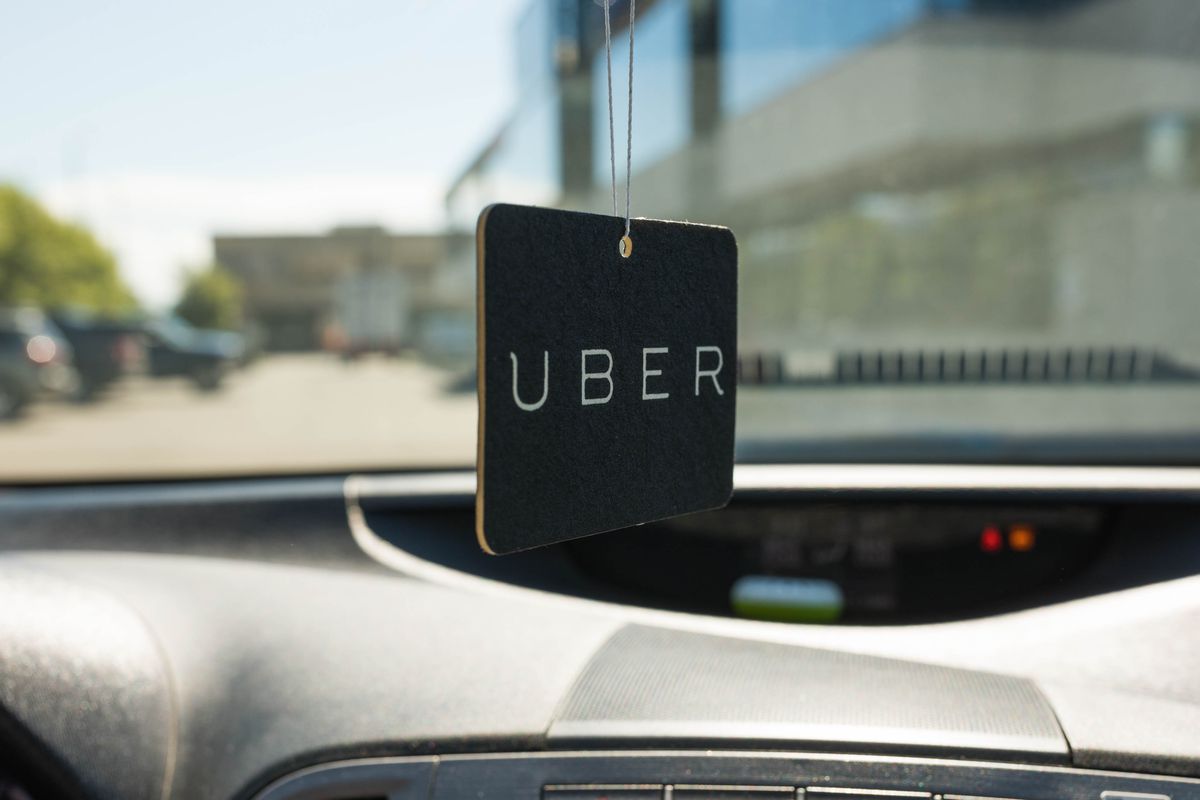 Former taxi cab driver David O’Malley in his Toyota Venza, which he plans to drive for Uber, on Thursday, June 15, 2017. O’Malley drove for Uber in Anchorage in 2014, and said that he made “much more” money doing that than as a cab driver. (Loren Holmes / Alaska Dispatch News)

Former taxi cab driver David O’Malley in his Toyota Venza, which he plans to drive for Uber, on Thursday, June 15, 2017. O’Malley drove for Uber in Anchorage in 2014, and said that he made “much more” money doing that than as a cab driver. (Loren Holmes / Alaska Dispatch News)

It's official: Ride-hailing companies such as Uber and Lyft are allowed in the Last Frontier.

Passengers riding with Uber and Lyft use smartphone apps to hail a ride from drivers who use their own cars, instead of taxis, to drive people from point A to point B.

Uber and Lyft have been recruiting drivers in preparation to begin operations. Lyft launched in Anchorage, Juneau and Fairbanks as soon as the bill was signed on Thursday.

Uber will launch Friday at 3 p.m. in Anchorage, said spokesman Nathan Hambley, then in Juneau on Monday and in Fairbanks on Wednesday. Also on Wednesday, the company will essentially be "turning on" service in the entire state, Hambley said.

"If drivers sign up and there are riders who want rides in smaller cities, say Ketchikan, Nome, etc., a market will essentially become established in those cities as well," he said.

Lyft will look at launching service in other Alaska communities "down the line," said communications manager Scott Coriell.

This is Lyft's first time in Alaska, but Uber was here once before. The company came to the state in 2014 but was only available for about six months before exiting the market. At the time, Uber grappled with the Alaska Department of Labor and Workforce Development over unpaid workers' compensation insurance for drivers and ended up paying a fine as part of a settlement.

As with many technological conveniences, Alaska was one of the last states without these ride-hailing companies. Uber and Lyft aren't the only such companies on the market, but they are the most well-known.

Here's a guide to how these services work, and what you can expect now that they're available in Alaska.

How do Uber and Lyft work?

Instead of standing on the street corner and hailing a taxi, or dialing a number to request a cab, you use a smartphone app to hail a ride through Uber or Lyft. You tell the app your location, and the app shows you how many drivers are in your area and how long it will take for one to reach you. Then, if you request a ride, the app shows you on the map where your driver is as he or she heads your way, so you know how long you'll be waiting. You can also track yourself on the map while you're on the ride. When you download the app, you give it your payment information, so transactions are then automatic and cashless when rides are over.

How does pricing and tipping work?

Rates for Uber and Lyft rides are determined by a base fare, and then factoring in time and distance. With Uber, riders can choose to tip drivers in cash. With Lyft, riders can tip drivers through the app.

Hambley, with Uber, said that in a "majority of instances," a trip with Uber will likely be less expensive than a comparable taxi ride.

At times of high demand, though, rides through these apps can cost more than usual. Uber calls it "surge" pricing, and Lyft calls it "prime time."

What are some of the rules for Uber and Lyft drivers?

Lyft and Uber drivers have to be at least 21 years old, have a valid U.S. driver's license and undergo a driving record and criminal history check, according to the companies' websites.

Each company also has requirements for the cars drivers use. People who drive for Lyft have to use a car that is a 2005 model or newer (in most cities), have four doors, and fit a number of other parameters. Uber doesn't specify vehicle requirements on its website.

Are there differences between Uber and Lyft?

The apps and services are similar in many ways. As mentioned above, the system for tipping drivers is one difference.

How do ratings work?

Both companies have a system for passengers to rate drivers, and for drivers to rate passengers. Uber and Lyft say this is to maintain the safety and quality of rides. The two-way rating systems are measured on a scale from one to five, and the ratings are used to help drivers improve their service (and in some cases, if ratings are too low, lead to deactivation of a driver's account), and also factor into how drivers and passengers are paired.

How do these companies ensure rider safety?

While the law requires ride-hailing companies to conduct local and national background checks for people who apply to be drivers, and also look into their driving history, there's no state oversight to make sure businesses actually do this.

"They are self-regulating," said Laura Stidolph, a legislative aide to Rep. Adam Wool, D-Fairbanks, one of the bill's sponsors. She said that's also the case in 44 other states. "Technically there's not a state agency or person tasked to go through each driver."

Both companies say on their websites that their drivers undergo background checks. Last year, Uber settled a lawsuit in California for as much as $25 million "over claims that the ride-hailing company misled people on its safety practices and the methods it used to screen drivers," The New York Times reported.

How do drivers make money?

Uber and Lyft both tout their businesses as a way for drivers to make money during flexible hours, with the ease of using their own vehicles. With Lyft, drivers keep 100 percent of their tips and the company takes a commission from total ride earnings. Drivers for Uber also keep all their tips, and their pay is based on a base fare plus rates for time and distance.

A California judge last year approved a $27 million settlement to Lyft drivers in a class-action lawsuit in which drivers said they should be considered employees, Reuters reported. That settlement "keeps drivers as independent contractors," according to Reuters. Uber has also gone to court over the matter.

Uber has been in the news a lot lately. What's going on?

Uber's CEO, Travis Kalanick, has taken a leave of absence from his post as the company grapples with how to reform a work culture that has been awash in a "series of scandals," The New York Times reported this week.

Also this week, "Uber released 13 pages of recommendations compiled as part of an investigation into sexual harassment and other wrongdoing," the Times reported. Around the same time that those recommendations were released, Uber board member David Bonderman resigned from his seat after making a sexist comment at an Uber meeting, according to the Times.

In January, Uber was also under fire for the perception by some that it was trying to take advantage of a protest at New York City's John F. Kennedy International Airport of President Donald Trump's proposed travel ban, by turning off its surge pricing. The hashtag #DeleteUber started trending on Twitter. In March, The New York Times reported that the campaign led to 500,000 people requesting their Uber accounts be deleted the week #DeleteUber caught on.

Will I be able to use Uber or Lyft at the airport?

"That hasn't been worked out yet," said Stidolph, with Wool's office. "I know both Uber and Lyft policy teams are meeting with airport officials. They will be allowed to (serve airports)."