After running out of diapers for her twins at the mall, this Anchorage entrepreneur started a business 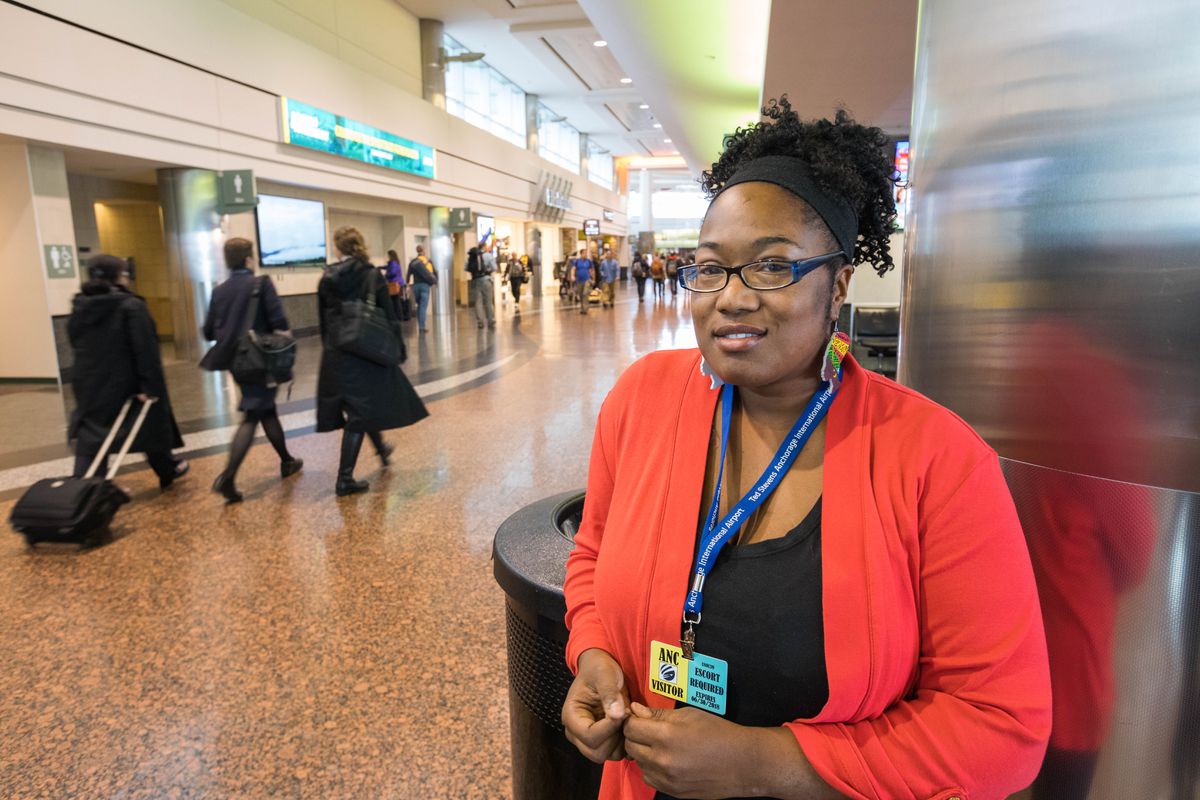 While shopping in the Anchorage 5th Avenue Mall with her infant twins, Jasmin Smith ran out of diapers.

She wound up in J.C. Penney, fashioning a makeshift diaper out of a blanket and two pairs of children's underwear. The experience, coupled with other new-parent mishaps, led the Anchorage entrepreneur to the idea for a startup — a baby-supply vending machine that will soon be installed at Ted Stevens Anchorage International Airport.

Smith plans to stock the machine, expected to open by November in the South Terminal between gates C1 and C2, with a mix of items. Her list includes pacifiers, diapers, dry baby formula, blankets, bottles, teething rings and wipes. She's also considering snacks, activity kits and earplugs for kids.

"Anything a parent will have in a diaper bag," said Smith, whose twins, Elohin and Akaiya, are now 3.

In recent years, the airport has invested in expanded food and service offerings, including a sushi restaurant. Above the intersection of the C and B concourses, there's a public lounge with a bar, a big-screen TV and a virtual-reality fishing boat. The airport also has a nursery and a children's book donation program.

Robinson refers to it as a "little city."

"We're trying to enhance the passenger's experience — that's the reason we're doing all this," Robinson said. "Sure, it generates money, but it also generates an opportunity for locals and national people, in the Lower 48, to do business here in Alaska."

Smith met Robinson in March after he spoke at an Anchorage conference for small businesses. She explained her idea to help traveling parents. He thought it could fill a niche at the airport.

She went to work. Last week, Smith signed a contract with the airport, putting her on track to join more than 10 other local businesses operating there, Robinson said.

Smith is 32 and runs a business development consulting firm called The Business Boutique. She's also president of the Mountain View Community Council, has taught classes at the University of Alaska Anchorage and works with groups like the Alaska Music Leaders Association to support local entertainers. She was named one of Alaska's "Top 40 Under 40" by the Alaska Journal of Commerce in 2017 and organized an expo for black business owners this year.

While helping other businesses, it's been nice to work on her own startup, she said.

She plans to decorate the vending machine with colorful block art and pictures of babies.

If it's successful, Smith wants to expand to other places, like the 5th Avenue Mall — and even Outside.